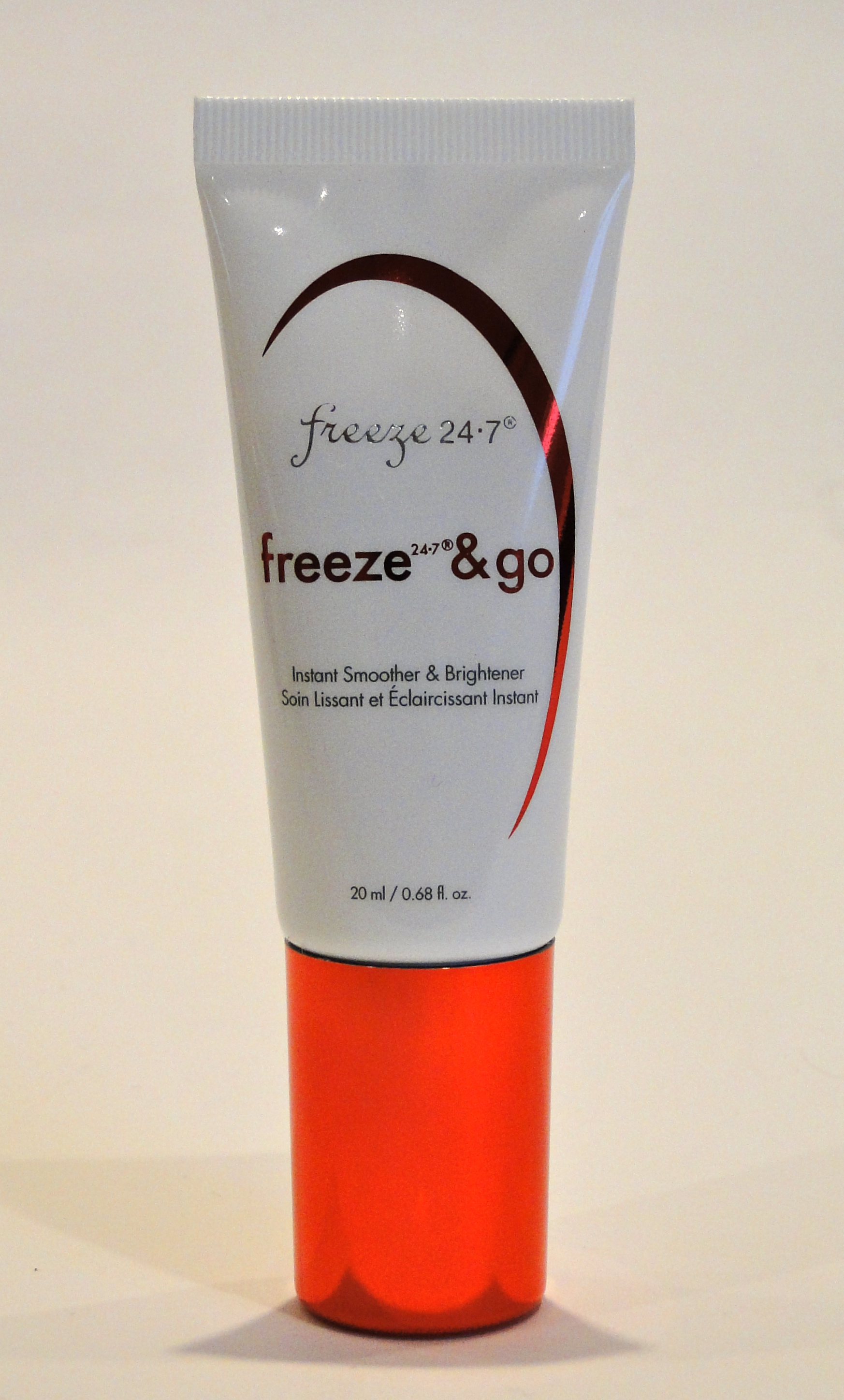 I really hate re-applying makeup on the go.

Don’t get me wrong, some lipgloss or concealer isn’t a big deal, but when it comes to foundation or bronzer, I’m always scared I will end up with a weird-coloured caked looking face. Because of this, I’m always on the lookout for a good primer, and recently my go-to has been Freeze 24-7’s offering Freeze & Go.

The primer is a light beige colour, and smells wonderfully of lemons. A couple of pumps is enough for an application, and it smooths on easily, and once applied, it doesn’t feel as if it is sitting on top of the skin, as other primers can do. Instead, it quickly sinks in, and makes skin super-smooth (seriously, it’s stroke-able). As well as lengthening wear-time of makeup, this clever little tube acts as a brightener as well as concealing pores and wrinkles.

When using the primer, touch-ups were definitely minimized, and I sported a healthy glow (which appeared as if) from within. Unlike other brighteners there was none of the tacky pink iridescence, but rather just a brightness which made me look well-rested. As the day wore on, I was more matte than normal, and it can also be used as a touch up, on top of your regular makeup.

The fact that the product also helps your skin in the long run (think combatting large pores and fine lines) I think it will be sticking around my stash for a long time to come!