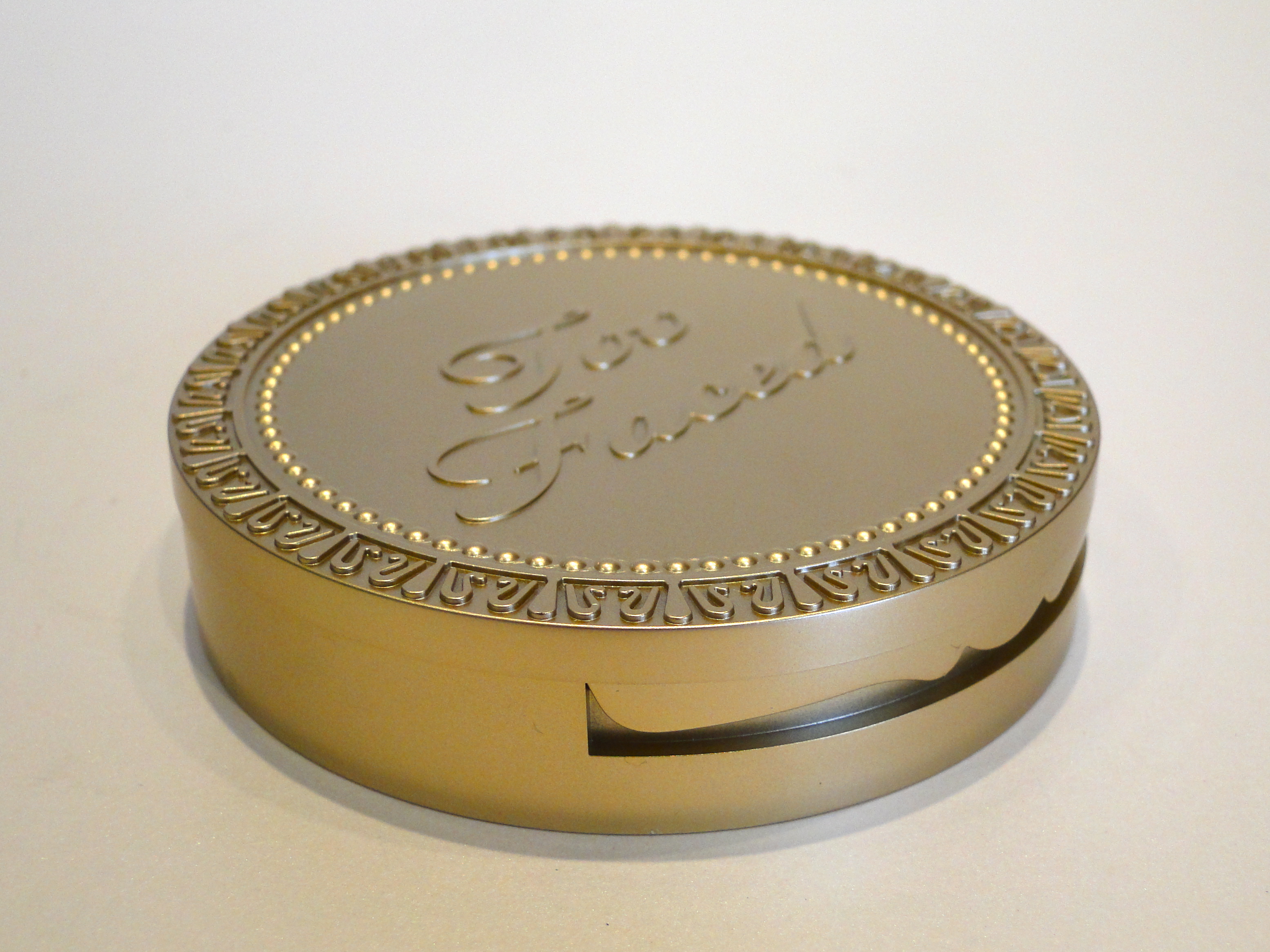 It’s getting to that stage of the year where I just want a little colour. I feel like I haven’t seen sunlight in forever, so I’m in desperate for a little help in the bronzer department. 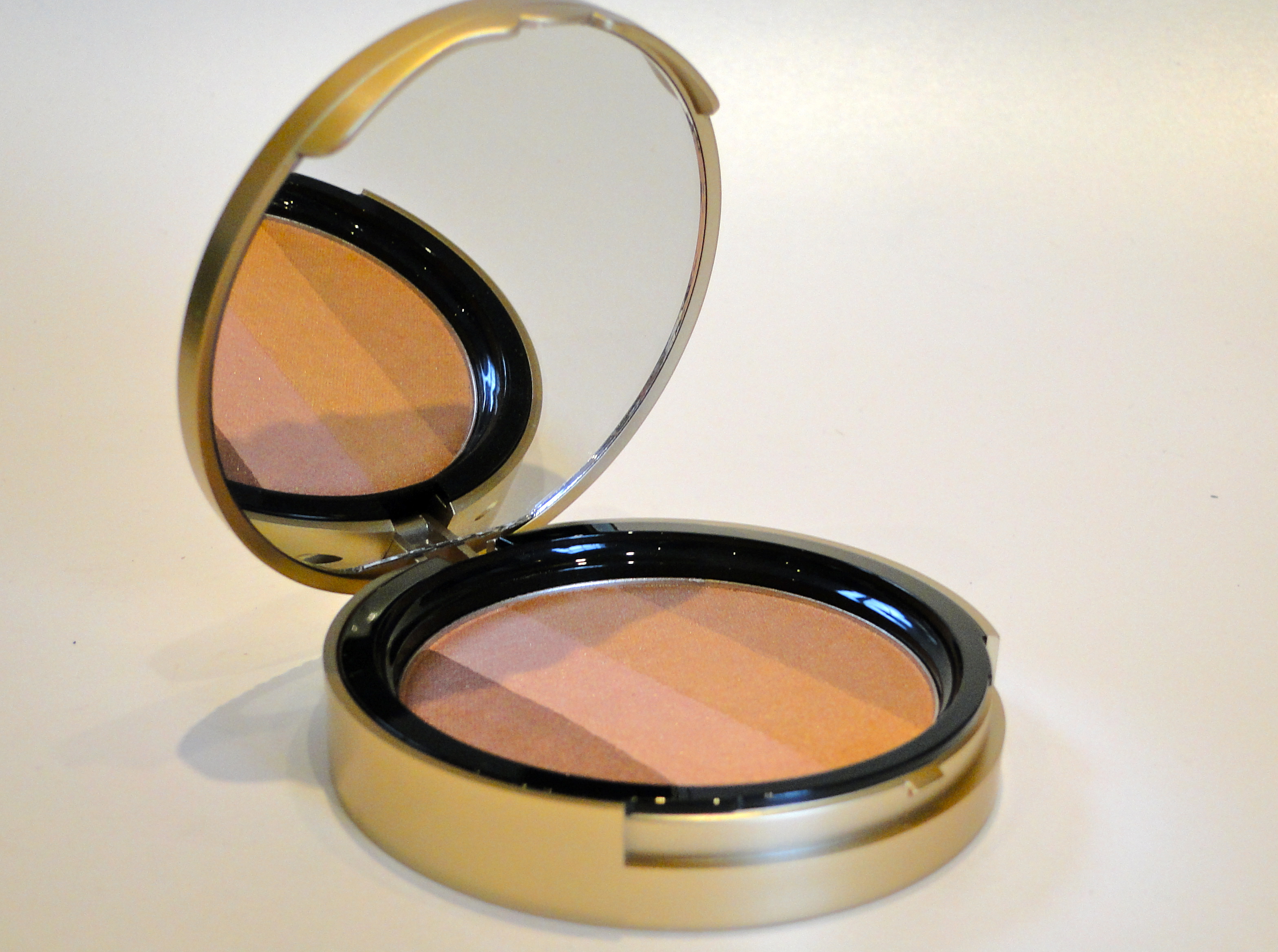 I’m kind of obsessed with the packaging – gold and swirly, it looks kind of like those chocolate coins that everyone overdoses on at Christmas. Despite being gold, it has a kind of brushed effect, which means it doesn’t get fingerprint-y either (a major plus for someone as OCD as me). 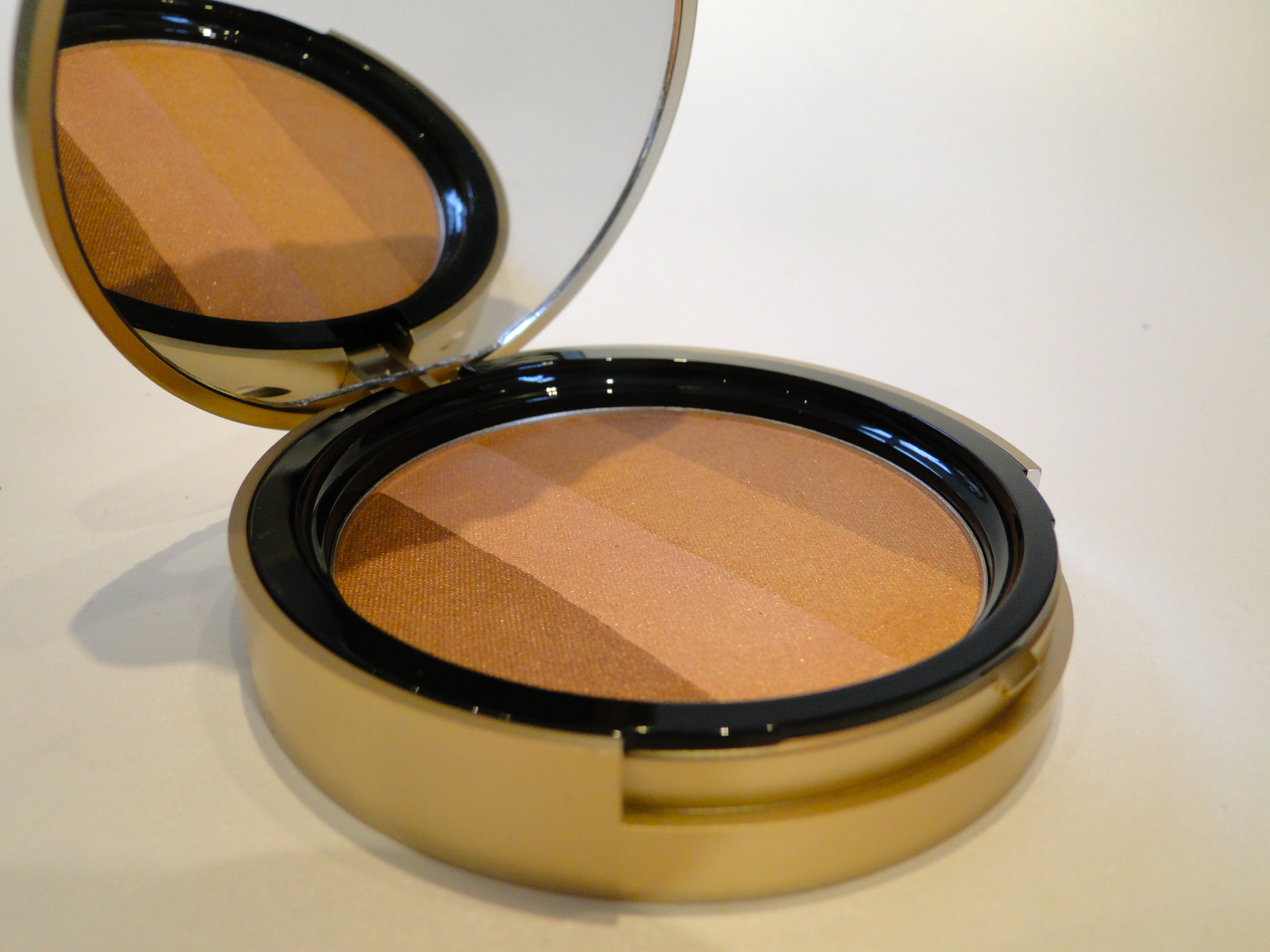 Once you get inside, the bronzer is just as pretty as the packaging! Stripes of dark brown through to light shell pink highlighter can be swirled to create the perfect bronze. The formula is shimmery, but it goes on evenly, and the slight sparkle just seems to give a natural glow, rather than treading into glitter-ball territory! The stripes can also be used individually – I tend to pick out the highlighter for my cheek bones, and the darkest brown for a natural looking eyeshadow. The result is a super natural looking colour which perks up my colouring massively!

The bronzer is priced at £25.00 and is available from Boots.