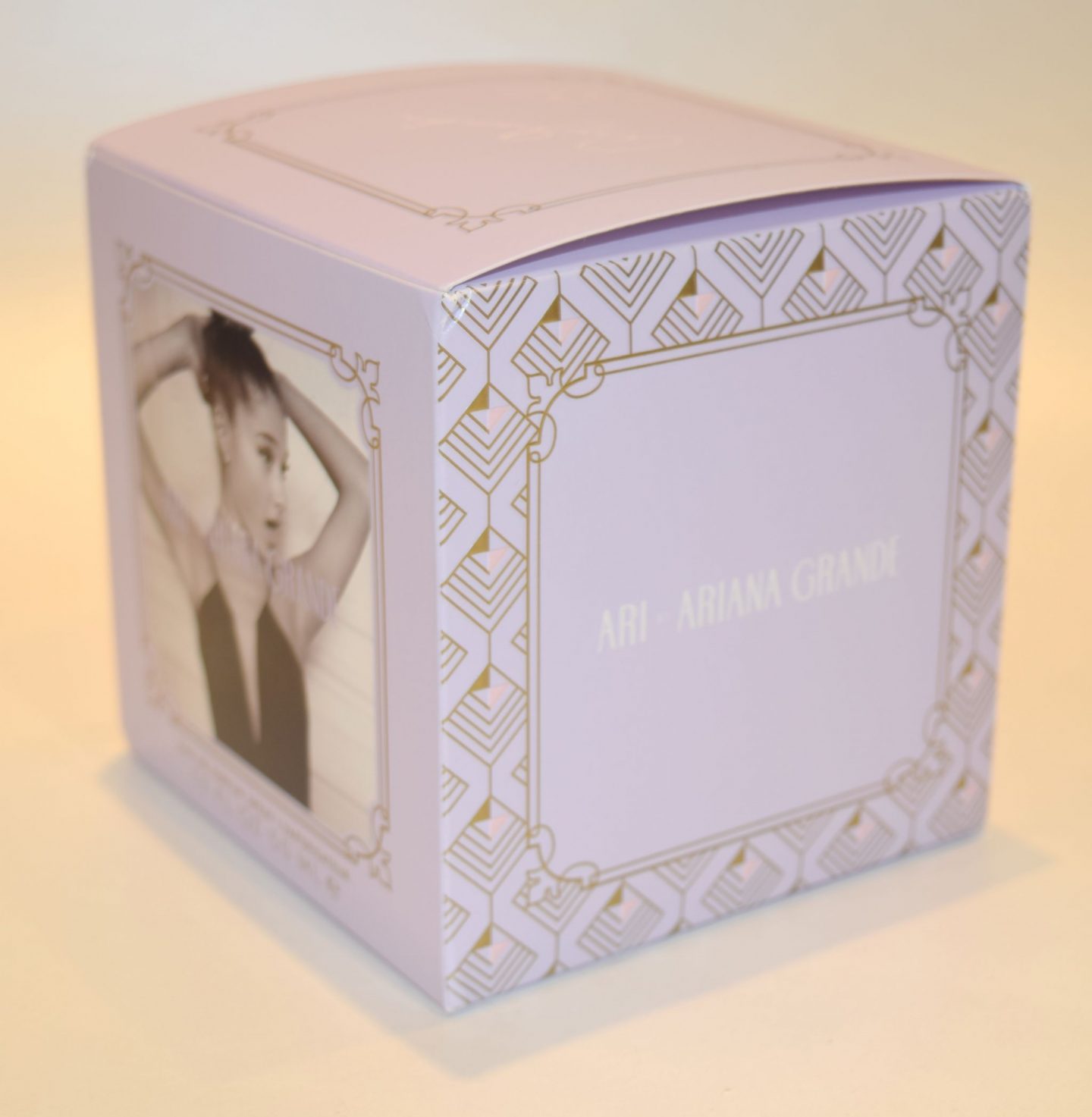 When it comes to selecting gifts, I’m something of a perfectionist. I can spend hours and hours trawling for presents which feel like they will be just right for my intended recipient. It’s hard enough to buy for people my own age or older, but buying for tweenage girls might just be the hardest thing in the world. 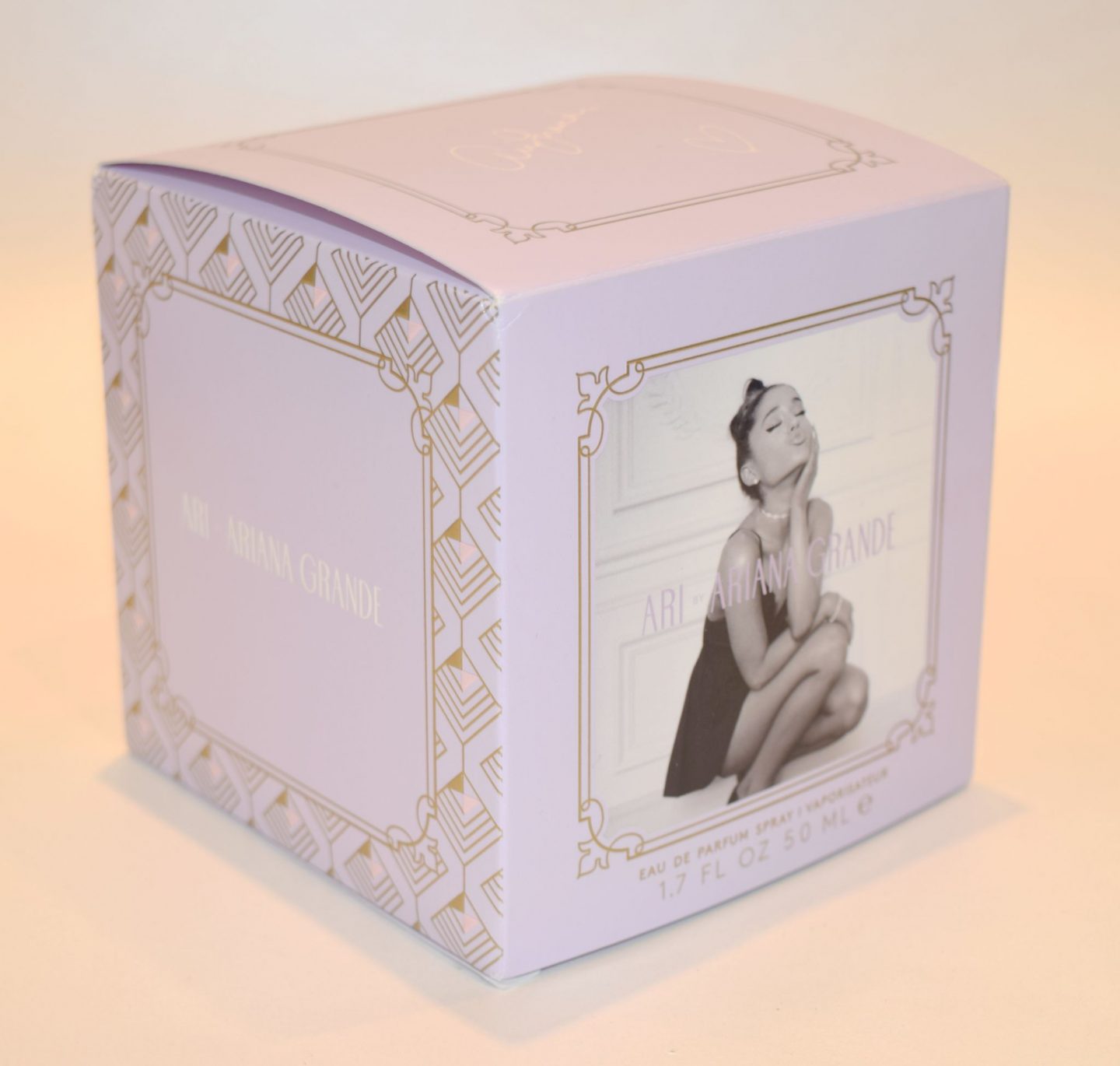 I might just have solved my own problem though, with the new release of Ari by Ariana Grande. I think this is my first foray into celebrity fragrances, and I have to say, I don’t think that it could be any prettier! 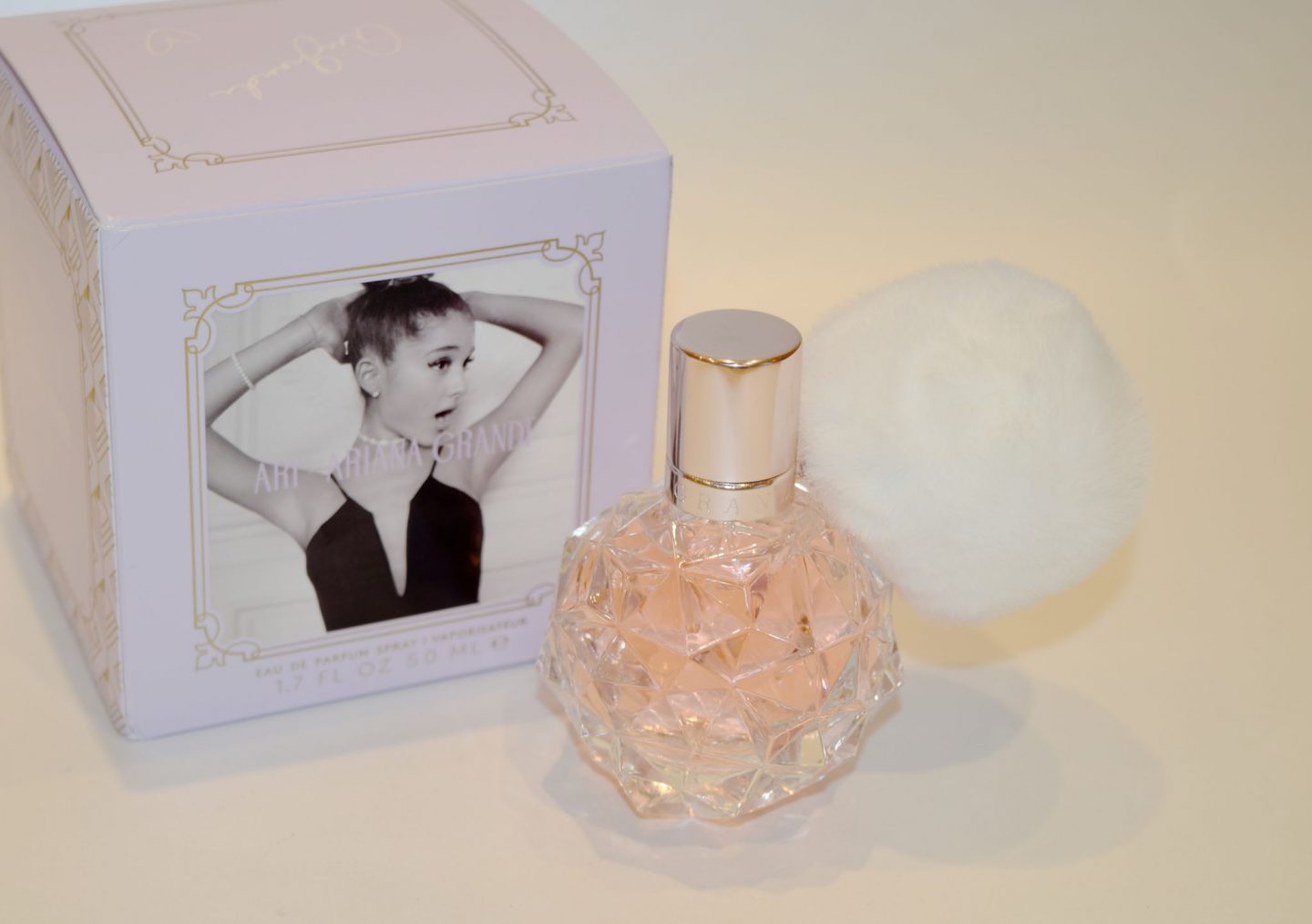 Packaged in a lavender box decorated with photos of Ariana Grande, when I showed a couple of family friends, the squealing was rather impressive! I should admit, I was rather pleasantly surprised when I pulled out the bottle – a peachy-pink confection topped off with a fluffy white pom pom. It really is adorable. 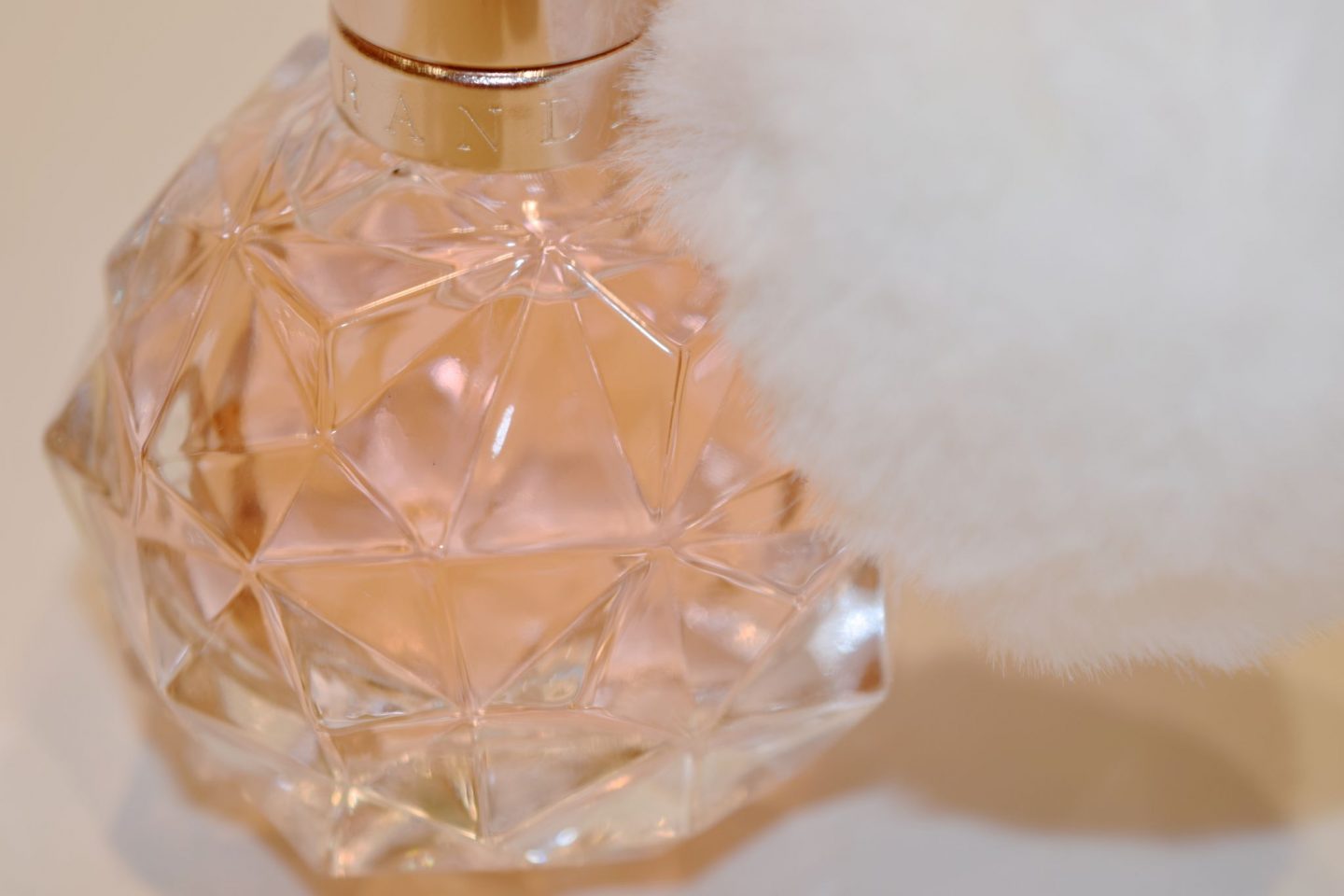 The faceted bottle catches the light beautifully, and it really is the prettiest addition you can imagine for a dressing table! The fragrance itself is described as ‘luscious’ and ‘sexy’ as it mixes fruity notes with musk and marshmallow. It’s certainly an unusual fragrance, but if you want a warm fragrance which feels perfect for winter, you should definitely check the perfume out. 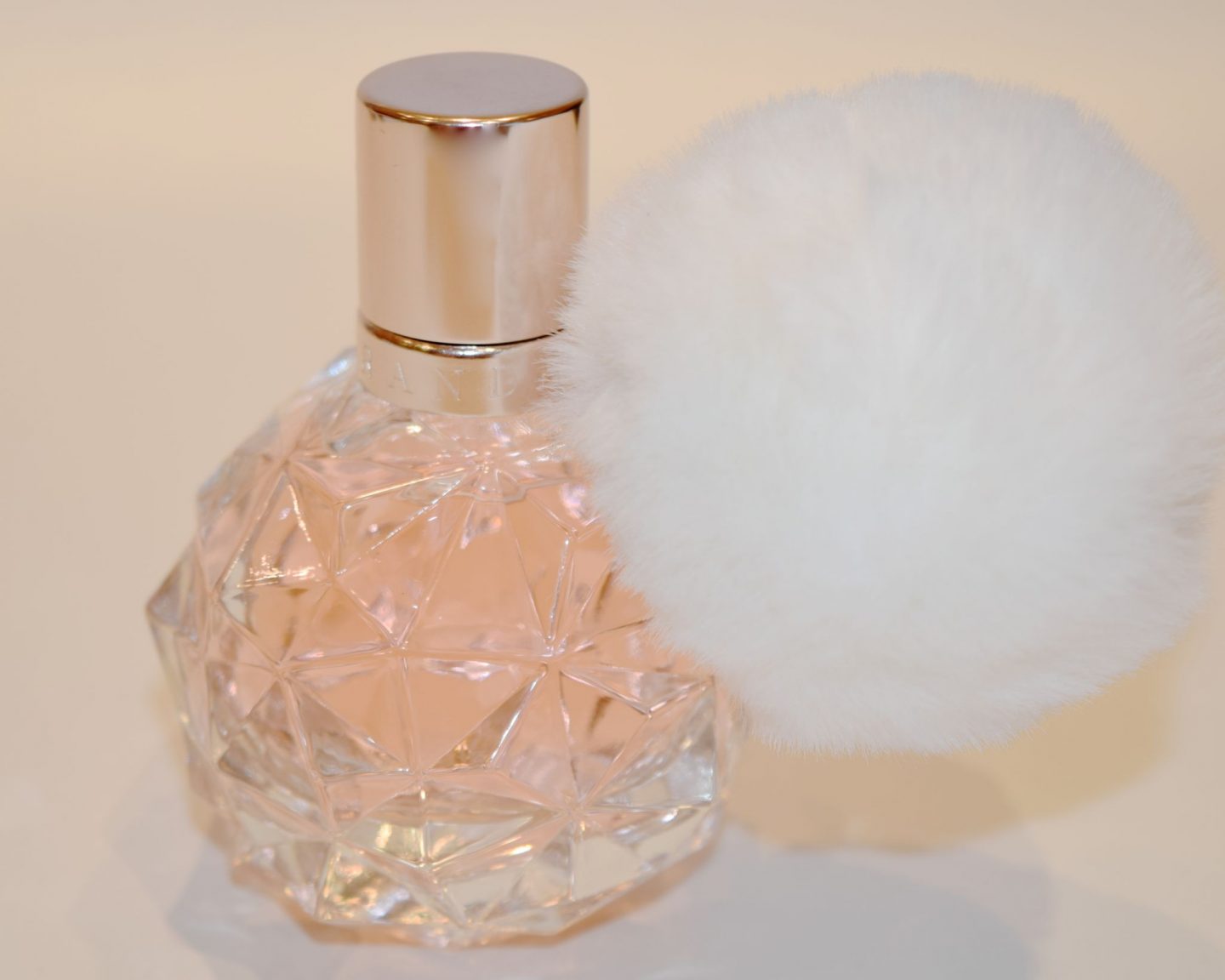 When I’ve worn the perfume, the base notes of musk and wood definitely feel the strongest, but they don’t overpower the scent. The hint of marshmallow really softens the overall fragrance, and gives it a gourmand sweetness, which almost smells good enough to eat! The perfume is guaranteed to be a hit with Ariana Grande fans, as well, I mean, who wouldn’t want a bottle this adorable sitting in their bedroom?