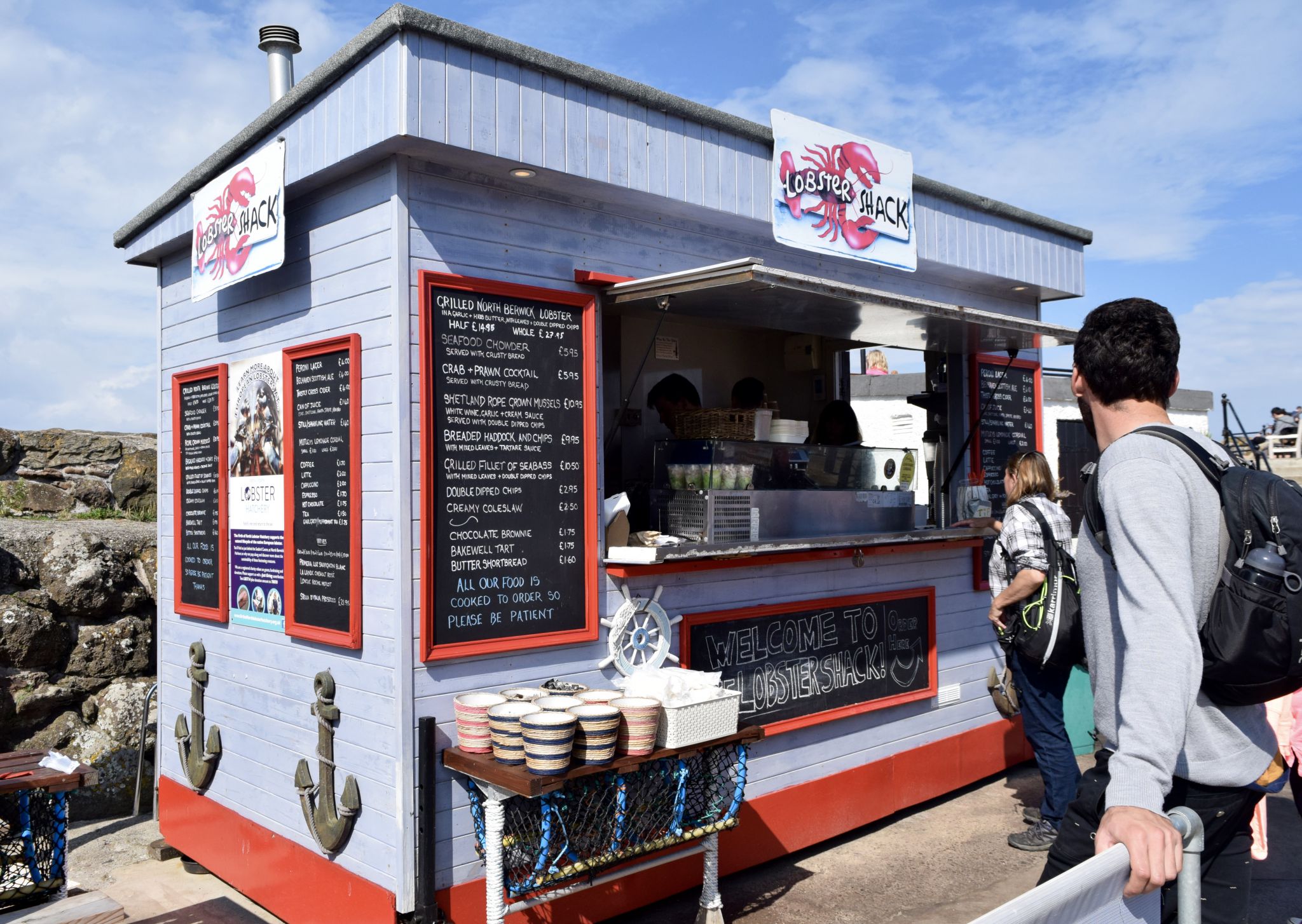 Over the past few weekends, for one reason or another, I’ve found myself ending up in North Berwick. Before this summer, I’d never even ventured to the town, but now, since it’s only a half hour drive from Edinburgh, I’ve become quite the regular! 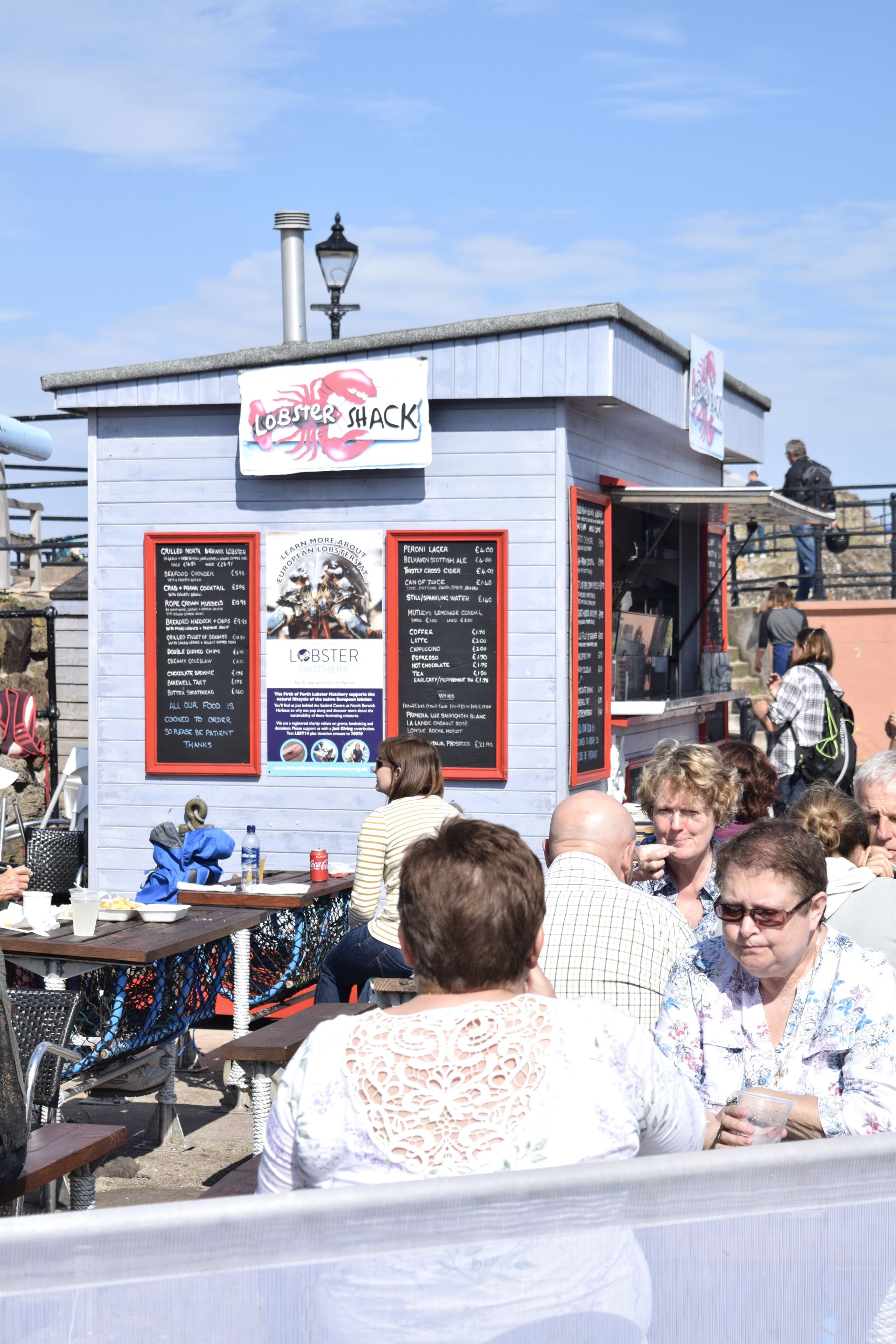 Discussing places to go in the town, everyone had something great to say about The Lobster Shack, so it was about time to go explore the harbour and indulge in a little fresh seafood! 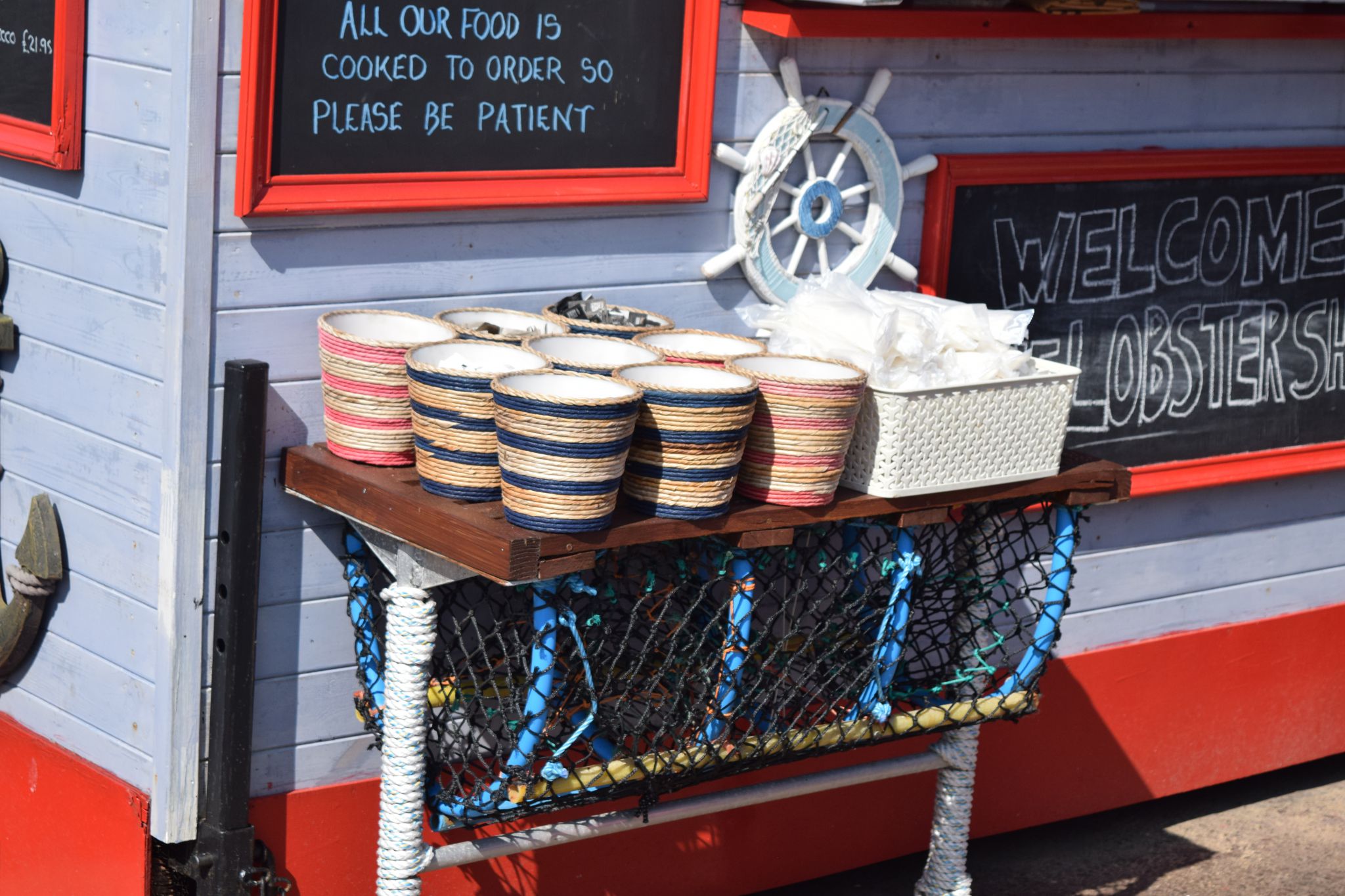 The Lobster Shack is located right in the centre of North Berwick’s harbour, and you can’t miss it. If the blue and red shed wasn’t eye-catching enough, there will be a long, though quick-moving, line of people all debating over the small, well balanced menu.

Considering that The Lobster Shack consists of a single ‘shack’ with one chef and a few wait staff who buzz around taking orders, tidying and doing whatever else, the menu has everything you could enjoy on a sunny day in Scotland, and from beginning to queue to being served up with steaming boxes of seafood, could have only been 15 minutes. Considering it was a sunny afternoon, it was a pleasure to stand outside and watch the boats come and go and relax a little. 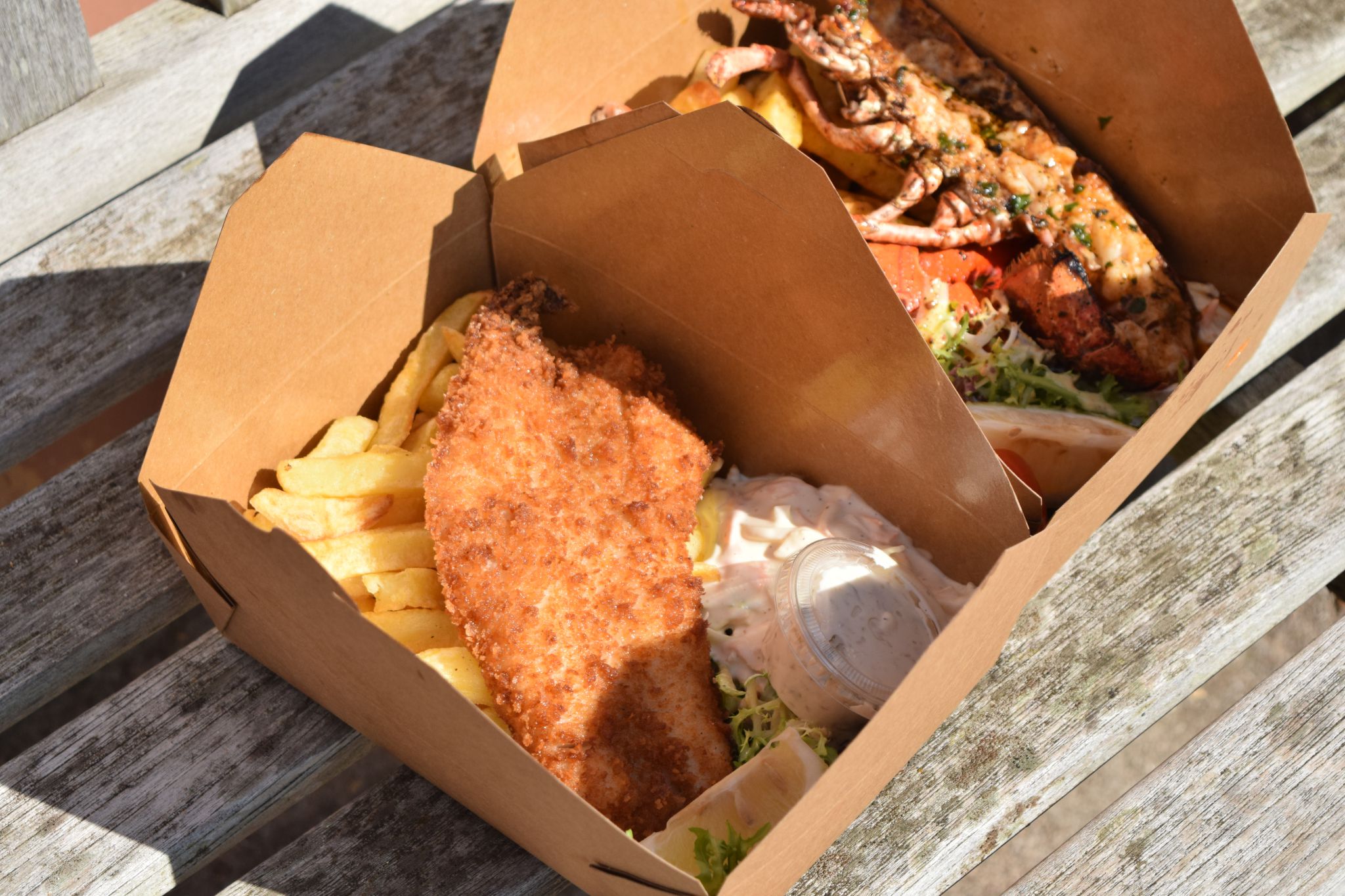 We opted to sample three of the menu’s best-loved dishes – a half lobster, breaded haddock and a carton of seafood chowder. Honestly, I forgot to photograph the chowder, but it was the best cup of the stuff I’ve had outside of the American East Coast. It was indulgently creamy, with hunks of potato, haddock and lobster. Served with slices of crusty bread, it was the perfect start to an indulgent lunch in the sunshine. Then we moved onto the mains – both hulking boxes of seafood, chips, salad and coleslaw. The breaded Haddock and Chips is the fish supper of your dreams. The fish was juicy, the breading crisp, and the double-cooked chips were crunchy on the outside, yet still pleasingly light and fluffy in the middle. 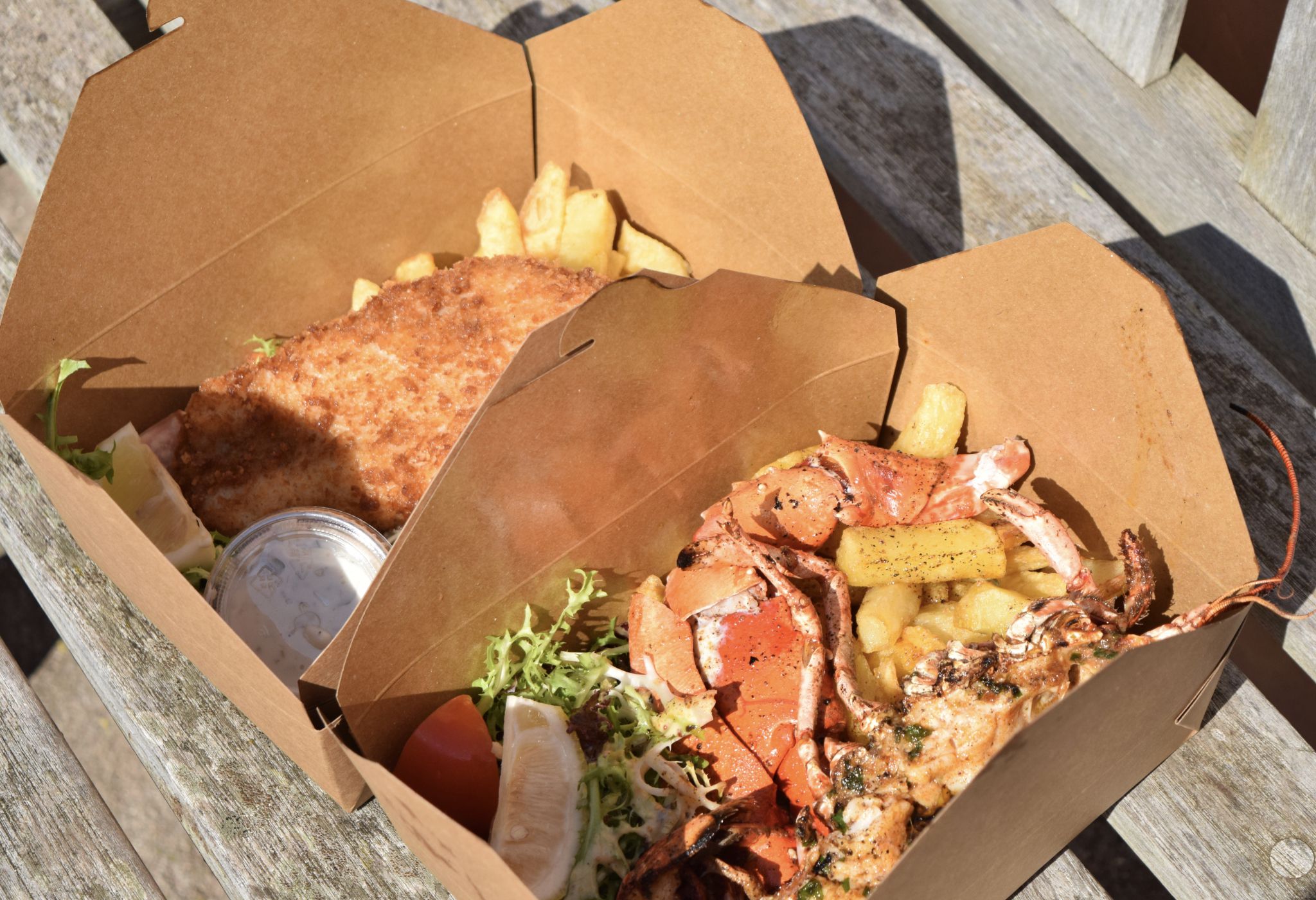 I went for the half North Berwick Lobster, and honestly, I think it’s one of the best meals I’ve had in a while. Cooked simply with a little garlic butter (the remnants of which are poured over the chips) the half lobster was a gleaming mass of fresh meat, just waiting to be wrestled out it’s shell. Wonderfully sweet, the freshness of it was evident, and sitting in the sunshine enjoying it was absolutely heavenly! 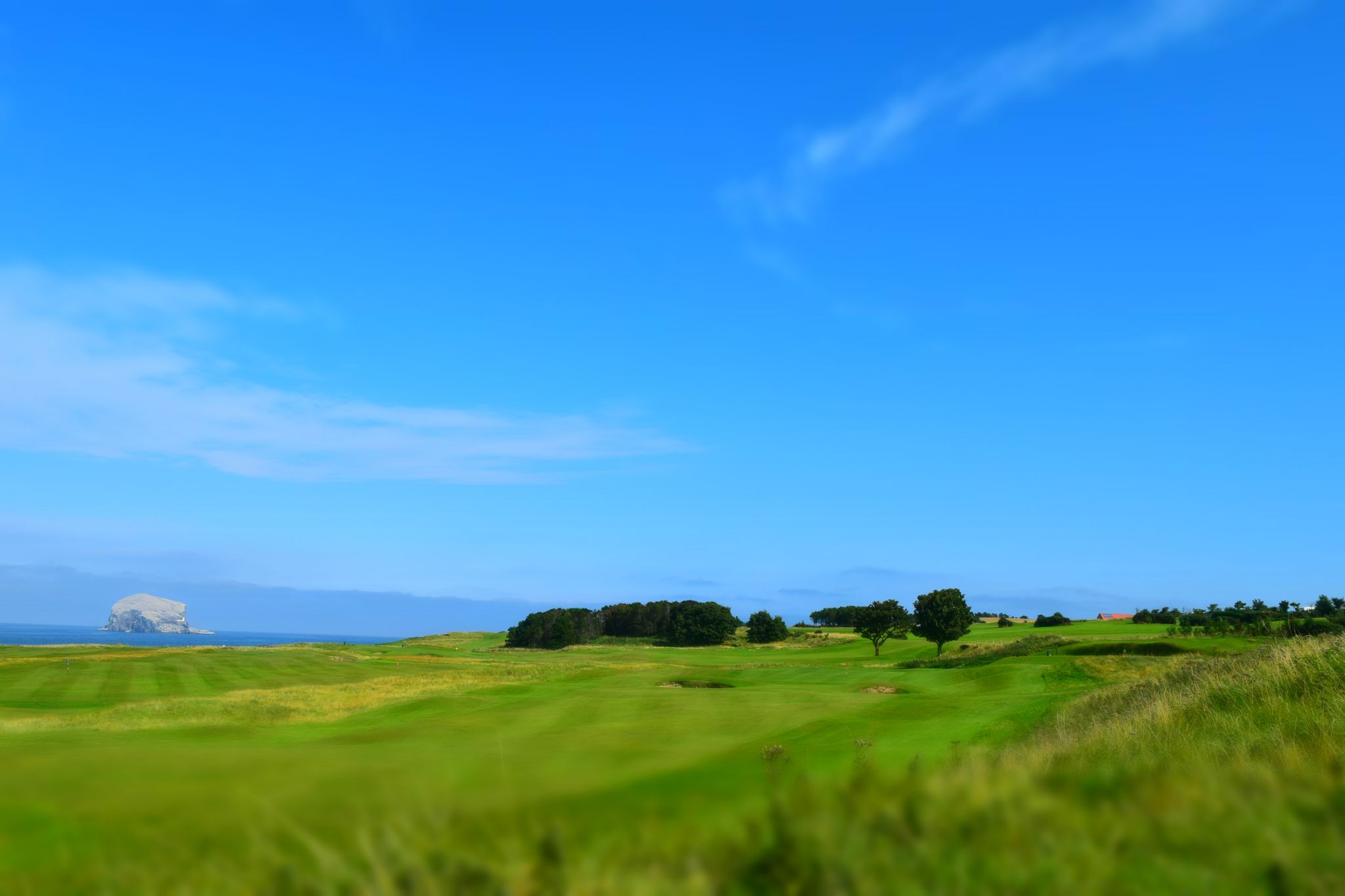