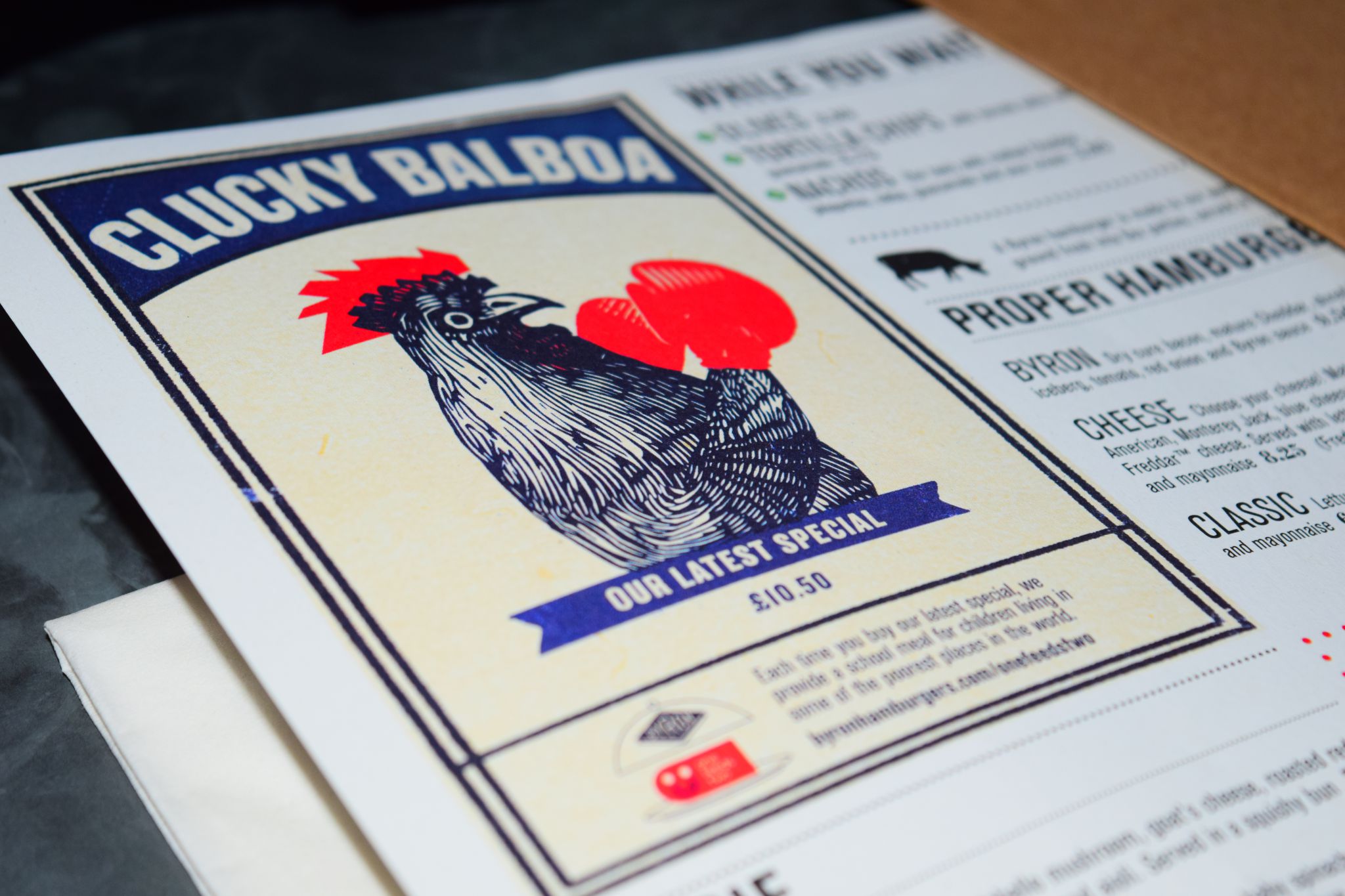 When Byron announce that they’re releasing a new burger, you can imagine how excited people get! Since opening two outlets in Edinburgh this year alone, they’ve become my favourite haunt for a casual bite with friends, so, when I got the chance to try the rather brilliantly named Clucky Balboa, I jumped at the chance! 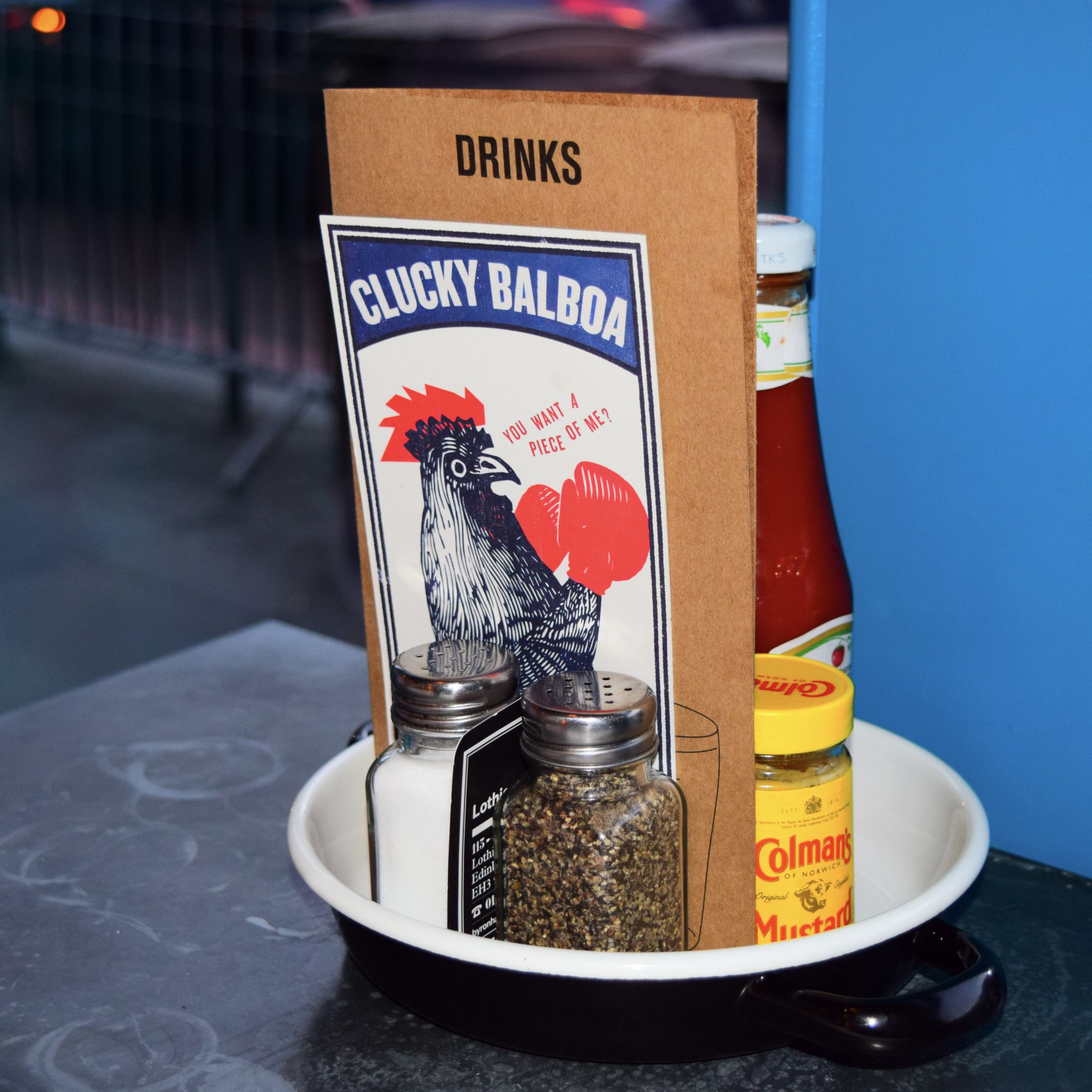 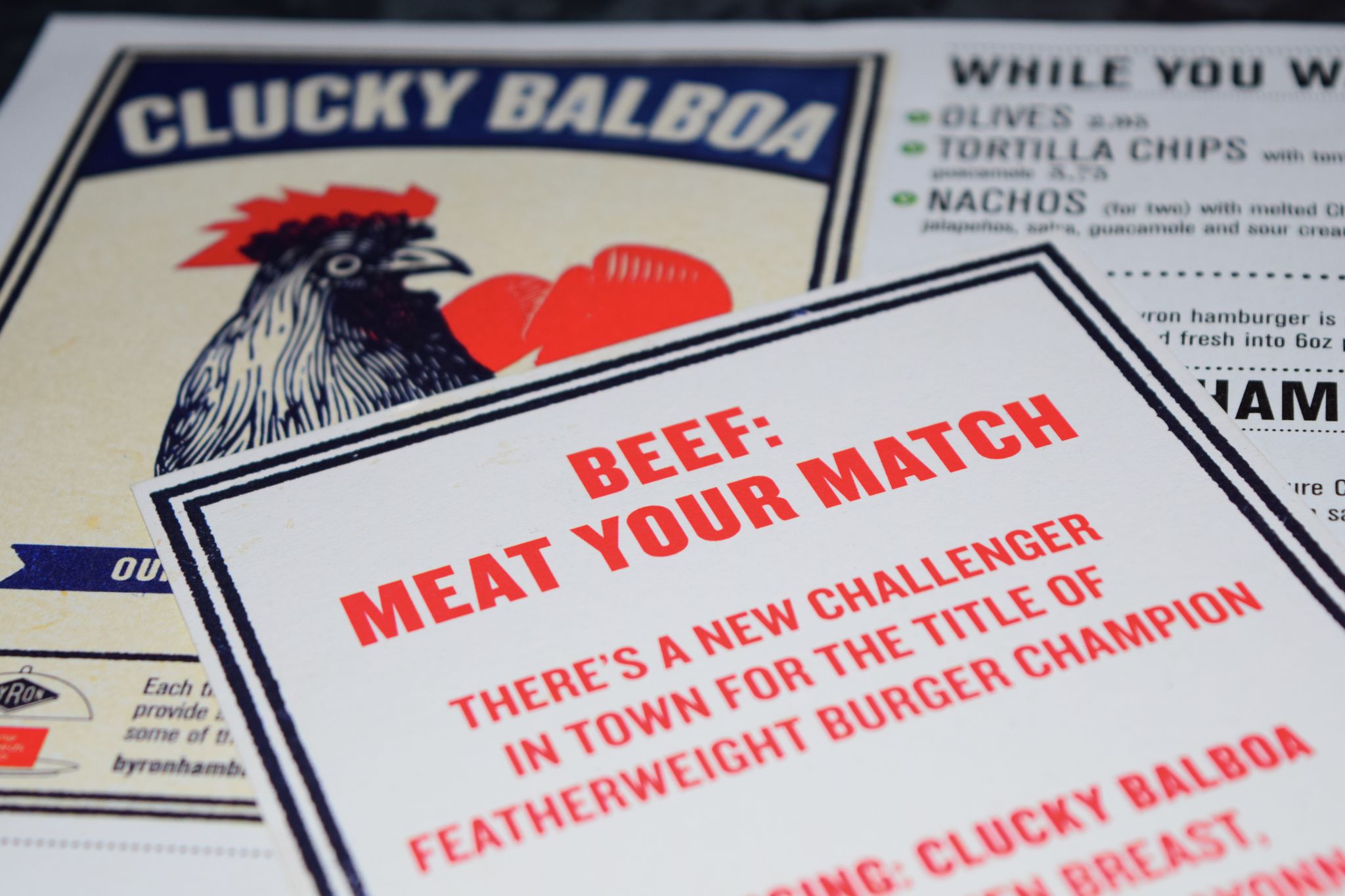 So, on a rather damp Wednesday, I headed over to the Lothian Road restaurant to get to grips with the newcomer. Claiming to be a new burger champion, I couldn’t not pop in and give it a go! 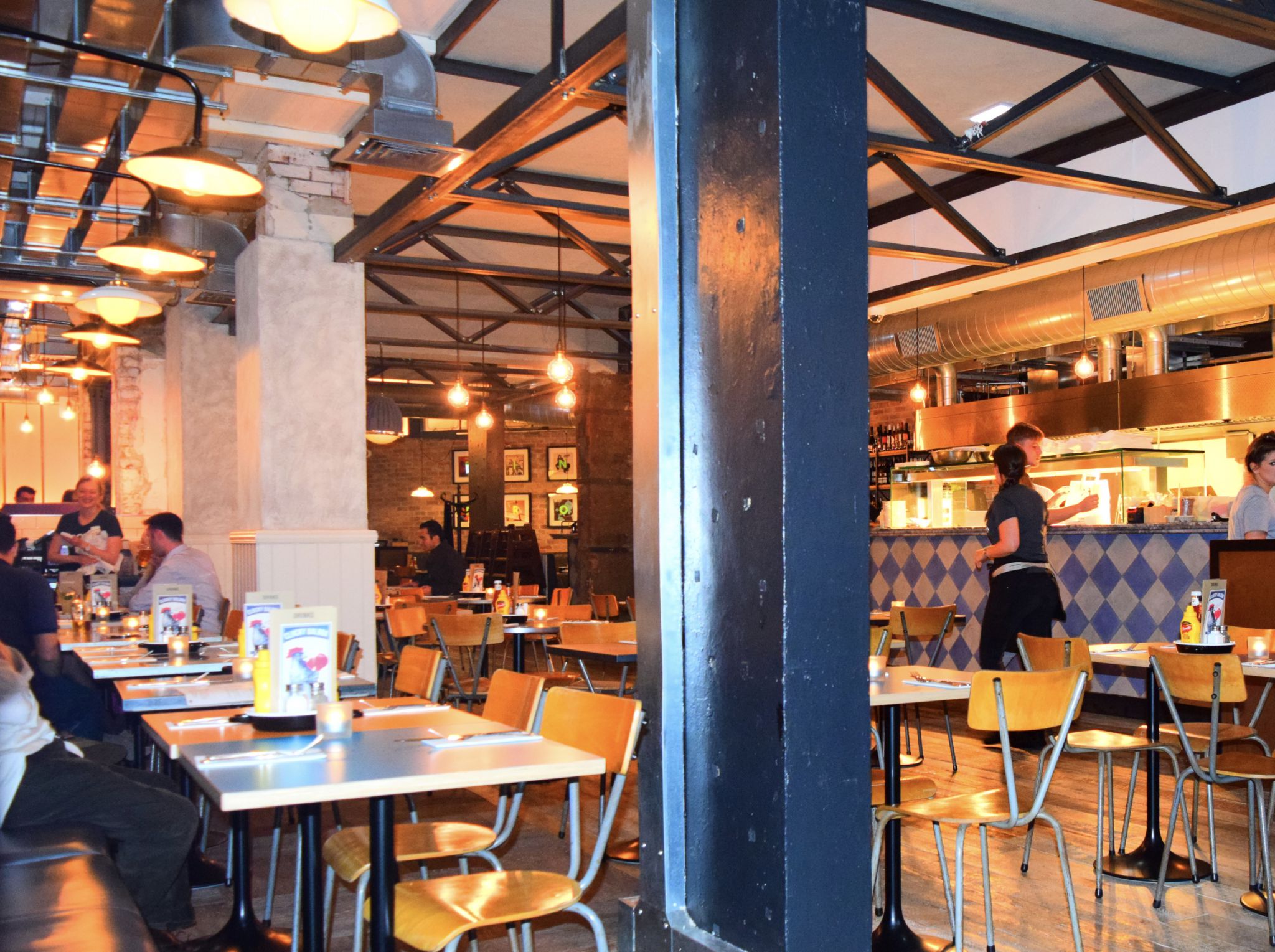 If you’ve never been before, The Lothian Road Byron is a gorgeous, rather industrial property which always has a good buzz going. It’s right across the road from the cinema, and the Usher Hall is just around the corner, so it’s the perfect spot for an indulgent bite before an evening out! 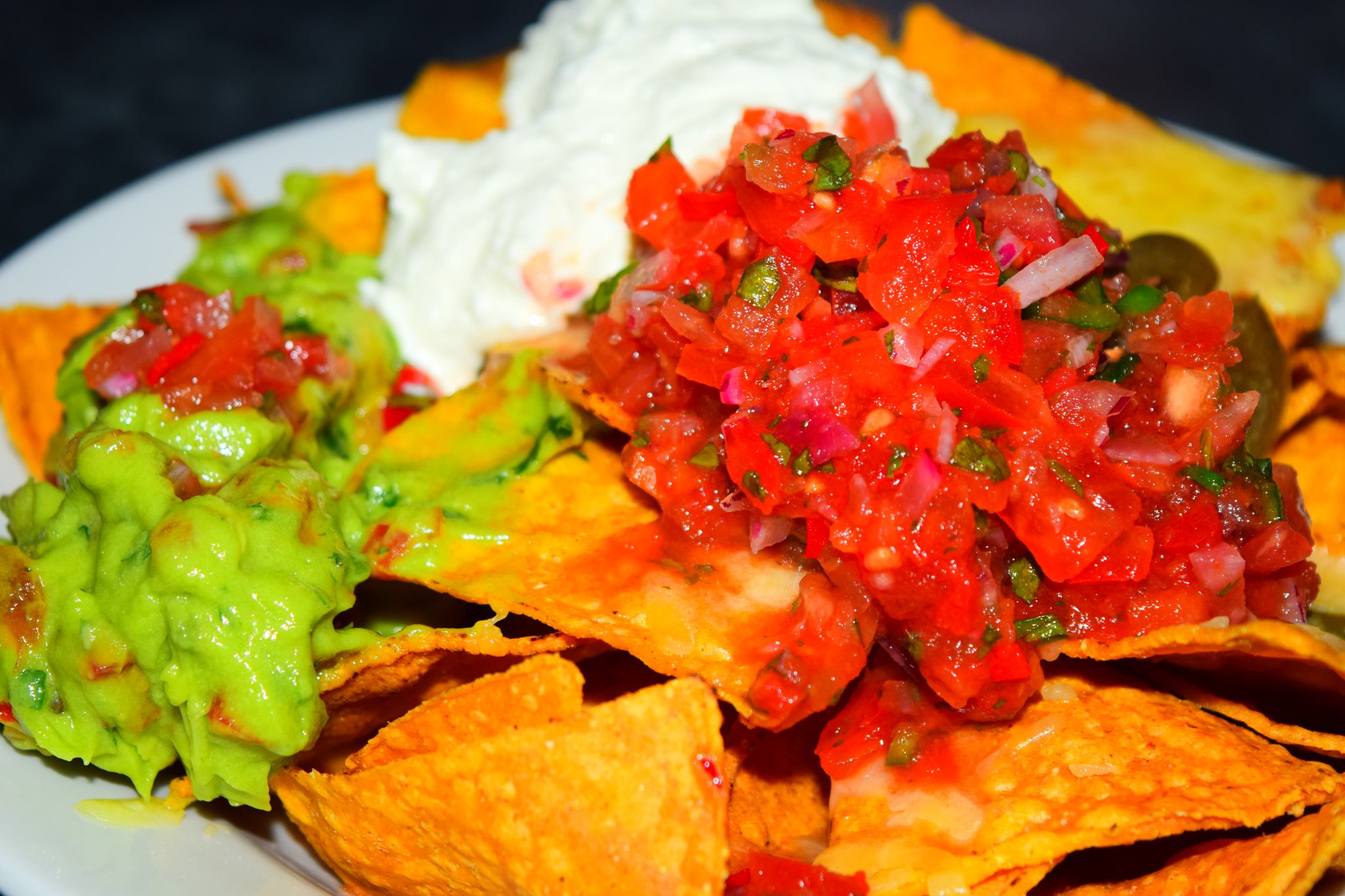 It had been a busy day at work, and we were absolutely starving, so we opted to share a plate of Nachos (£5.95). Happily, they didn’t disappoint. The plate was piled high with tortilla chips, with generous scoops of salsa, guacamole and sour cream. Sprinkled with melted cheddar cheese, they were an incredibly moreish start to the meal. 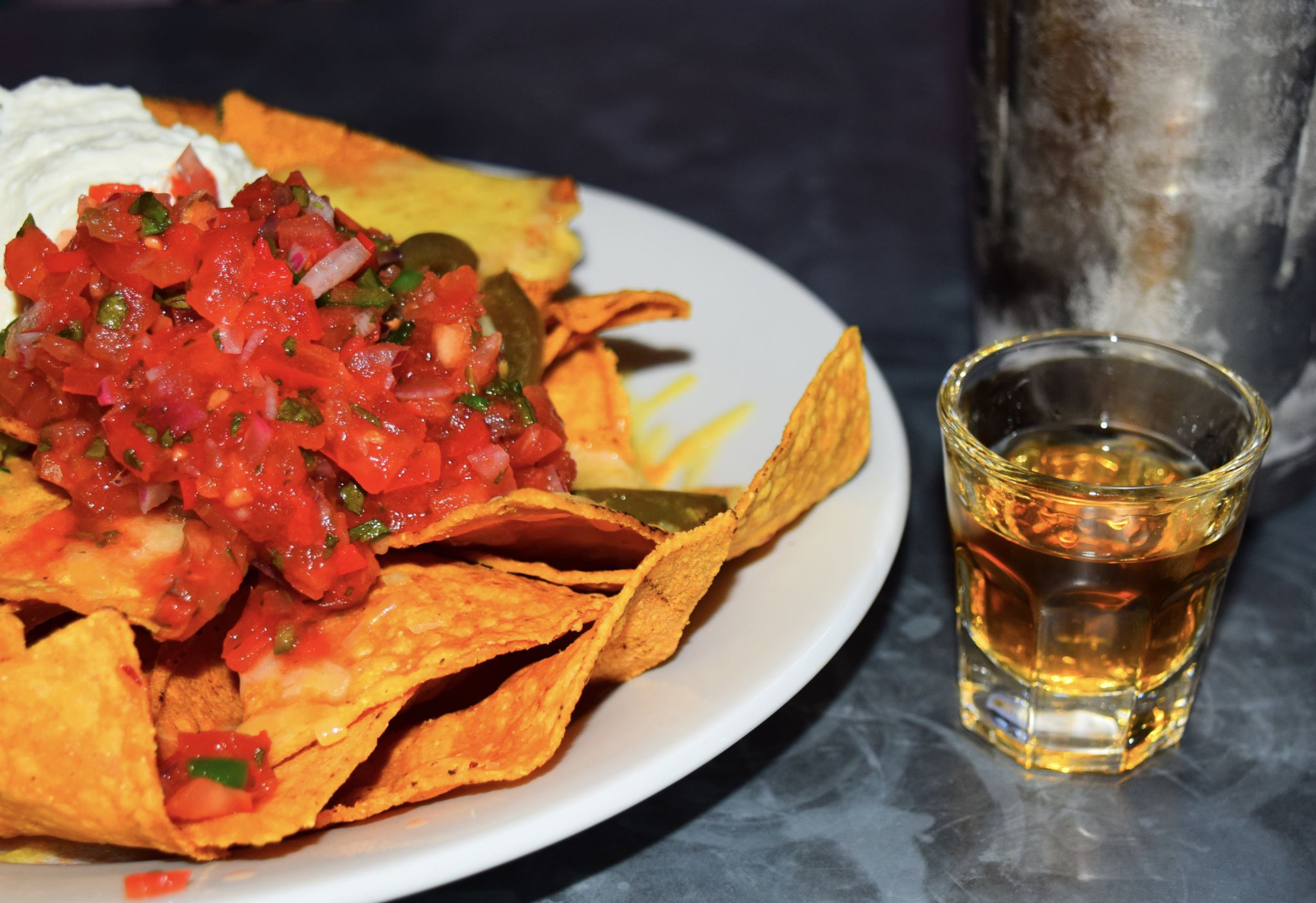 We both also opted for some shakes – Vanilla with bourbon (£7.00) and Chocolate with bourbon (£7.00). Since I wasn’t the designated driver, I rather cheekily snuck both shots into my milkshake and made it (extra) hard. I can’t tell you how wonderful Byron’s boozy shakes are – incredibly decadent and they always feel like such a treat. 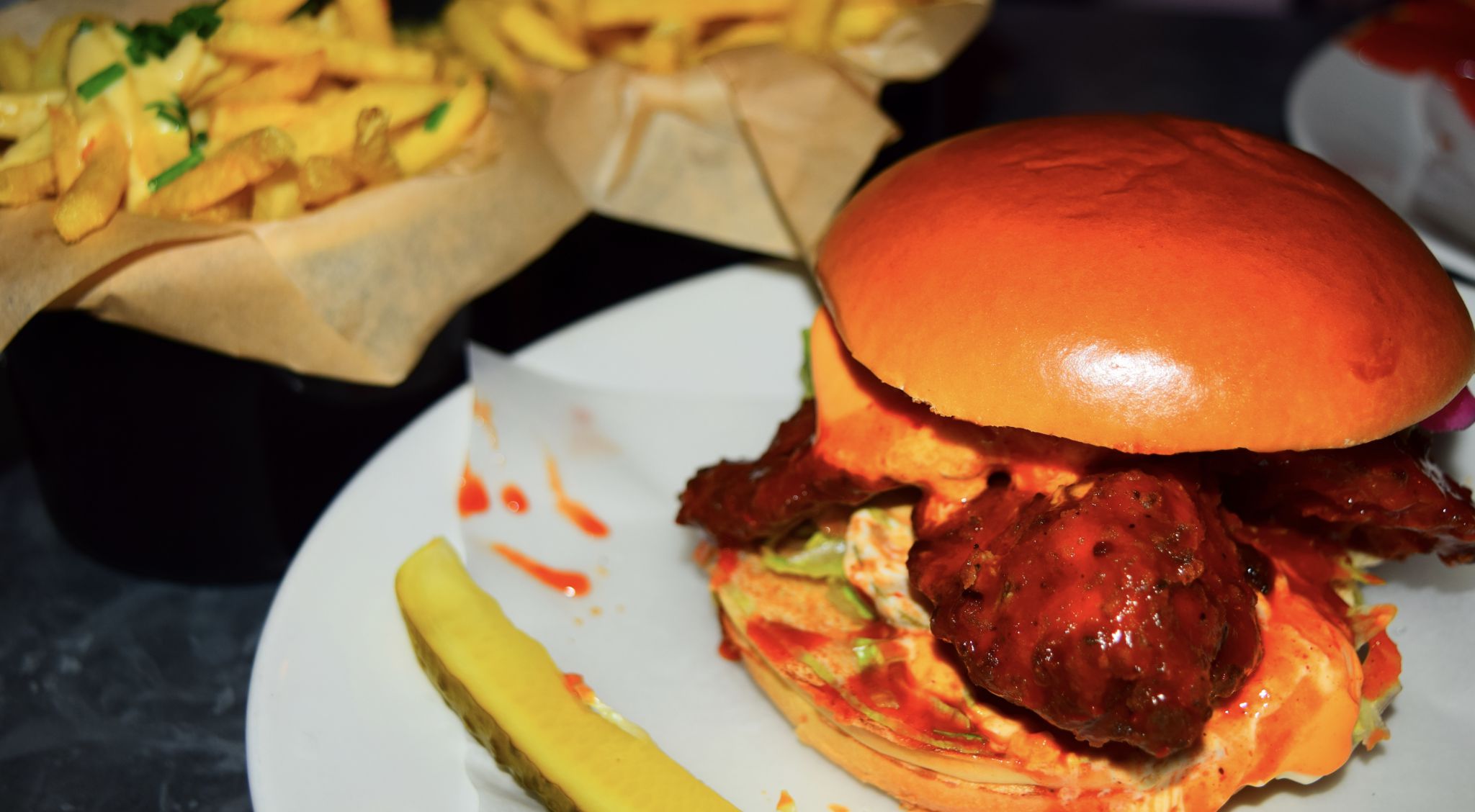 There was no discussion on what I’d be ordering for my main meal. I’d been savouring the thoughts of Clucky Balboa all afternoon, and I opted to go for the spicer hot sauce smothered version (Make it Buffalo) £11.85). Since it’s the restaurant’s latest special, every time one of these burgers is ordered, Byron provide a school meal for a child in need. Which means there really isn’t a real not to try it out yourself. 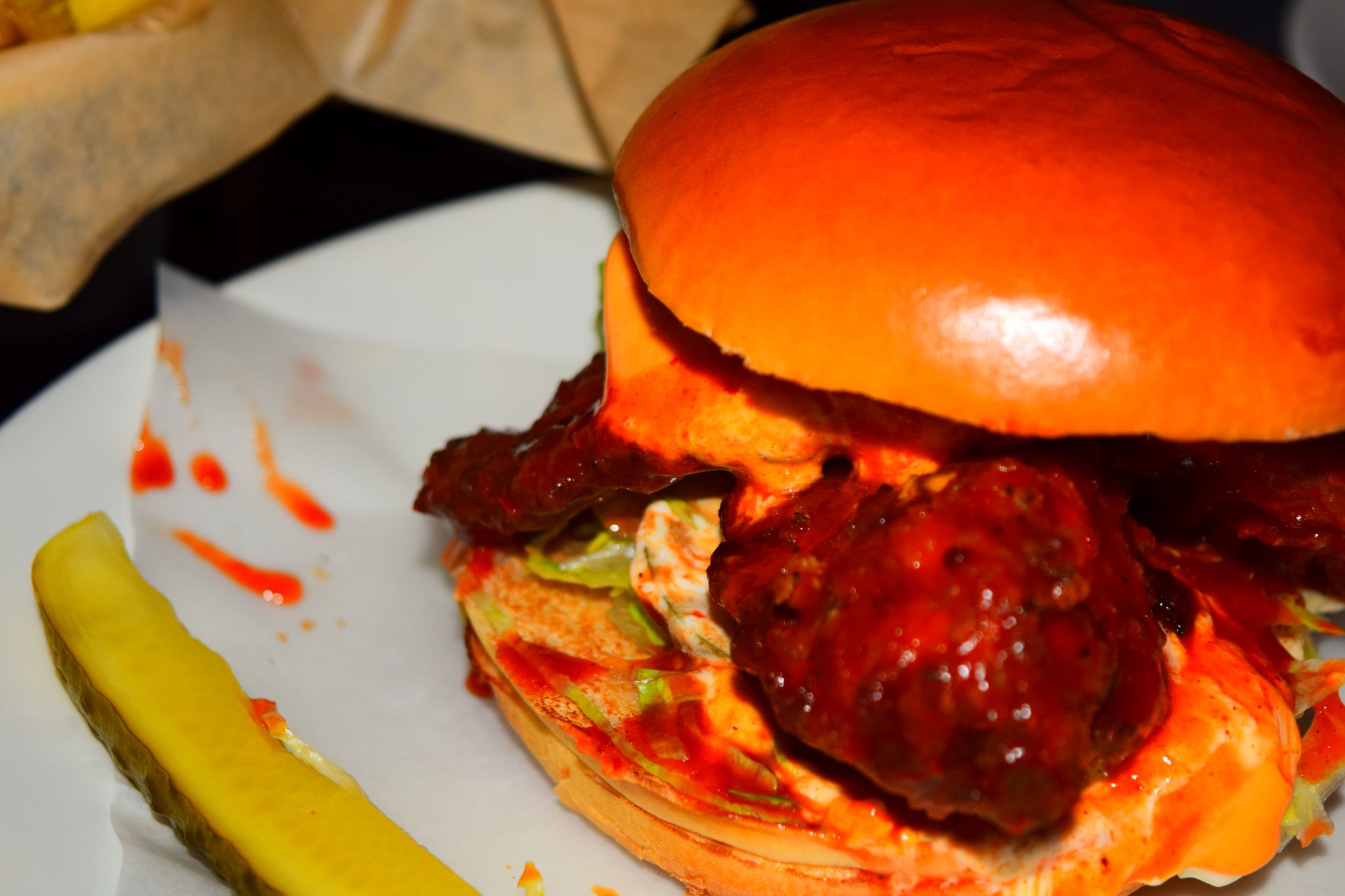 I was actually surprised at how much I enjoyed the Clucky Balboa. It’s probably the messiest burger I’ve had in a while, but the flavour was insane. A rather hearty fried chicken breast had been absolutely covered in Byron’s hot sauce, and was piled high with lettuce, siracha mayonnaise, guacamole and sliced pickles, then contained in one of the restaurant’s signature squishy buns. 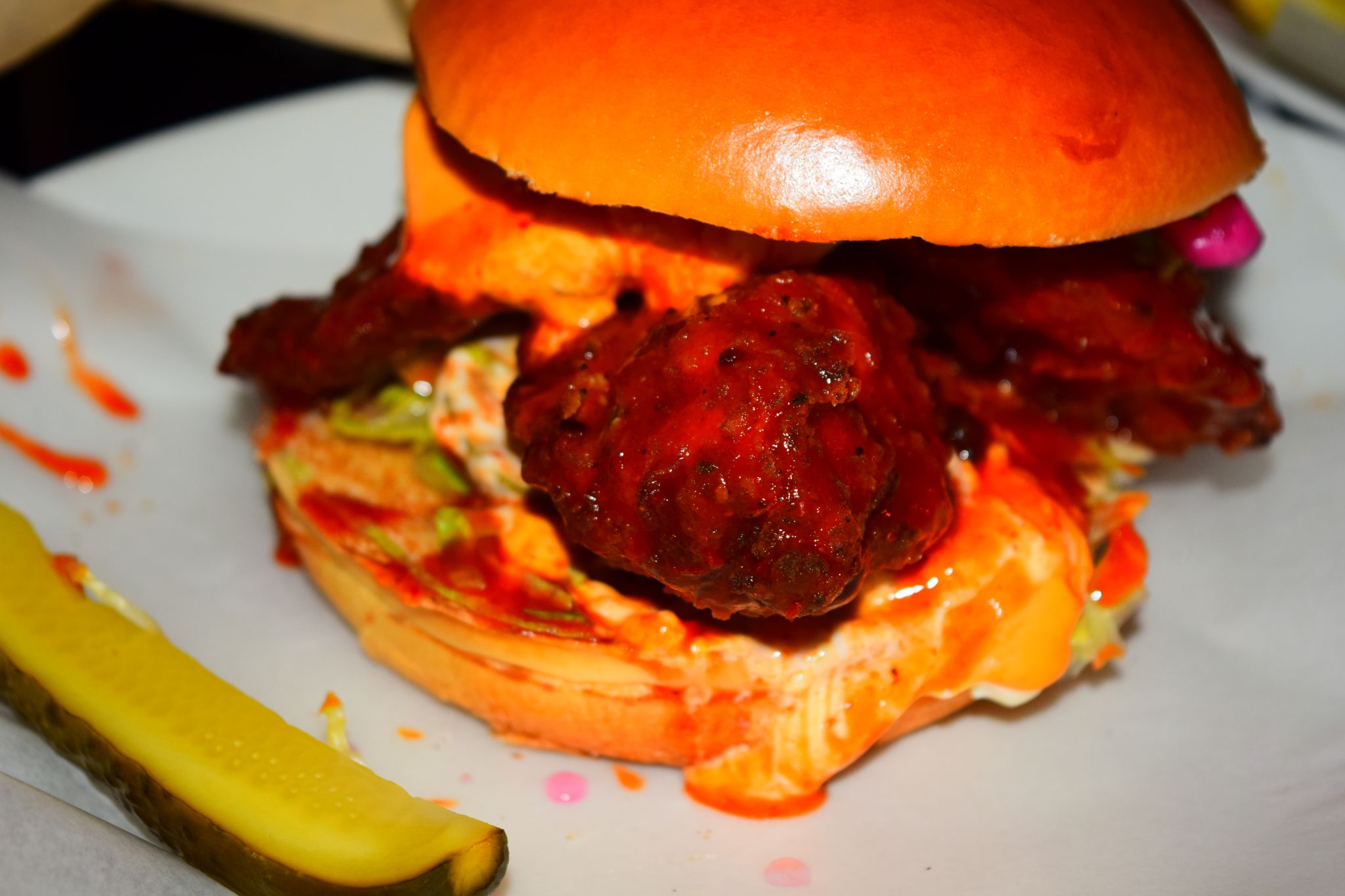 The hot, vinegary twang of the hot sauce worked well with cooling guacamole, and the chicken itself was moist and juicy. By about two bites in, I admitted defeat and had to get to work with a knife and fork, as the burger was as delicious as it was messy. 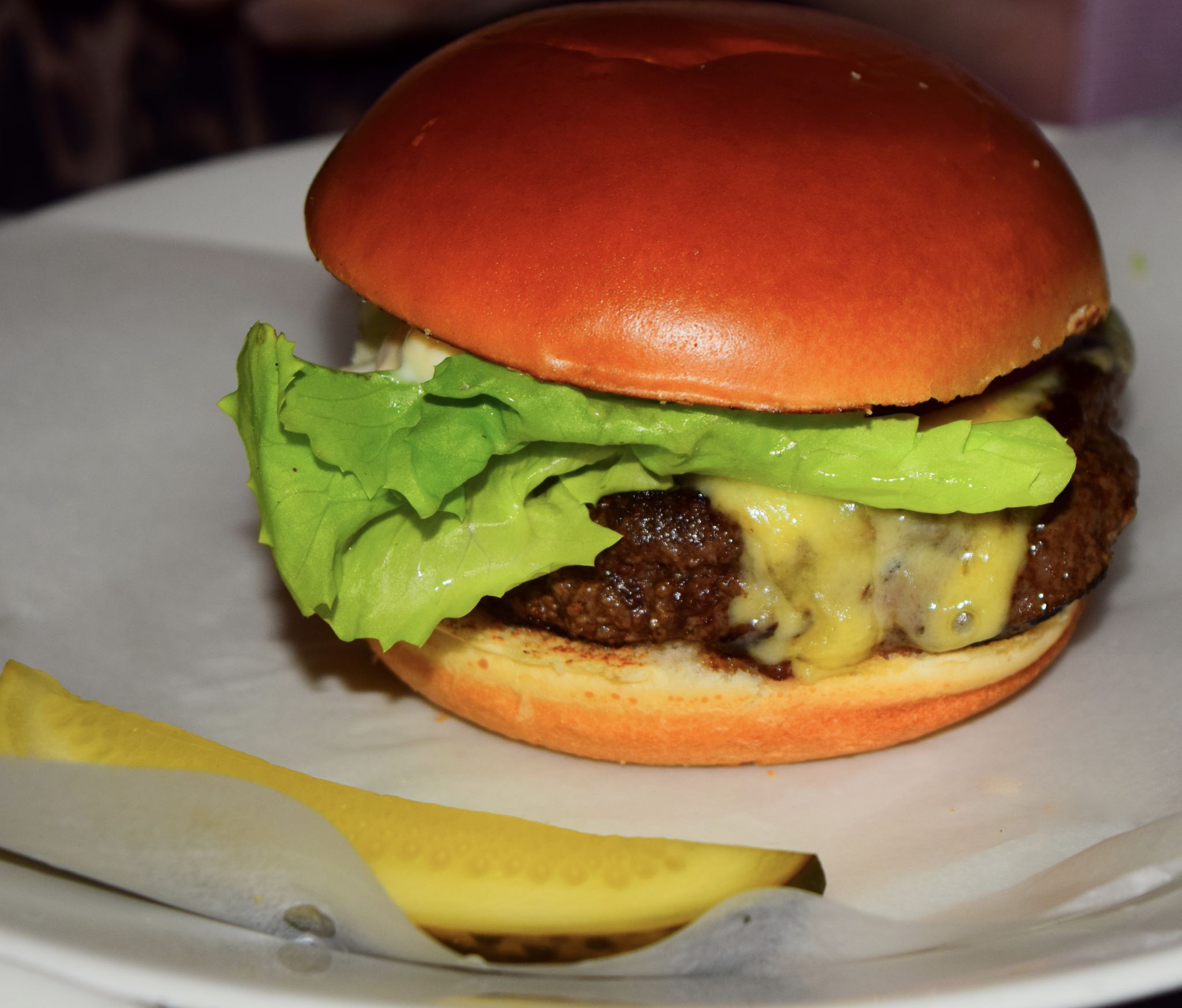 My friend had gone for the rather neater Byron Burger with Monterey Jack (£8.25), which was declared delicious. 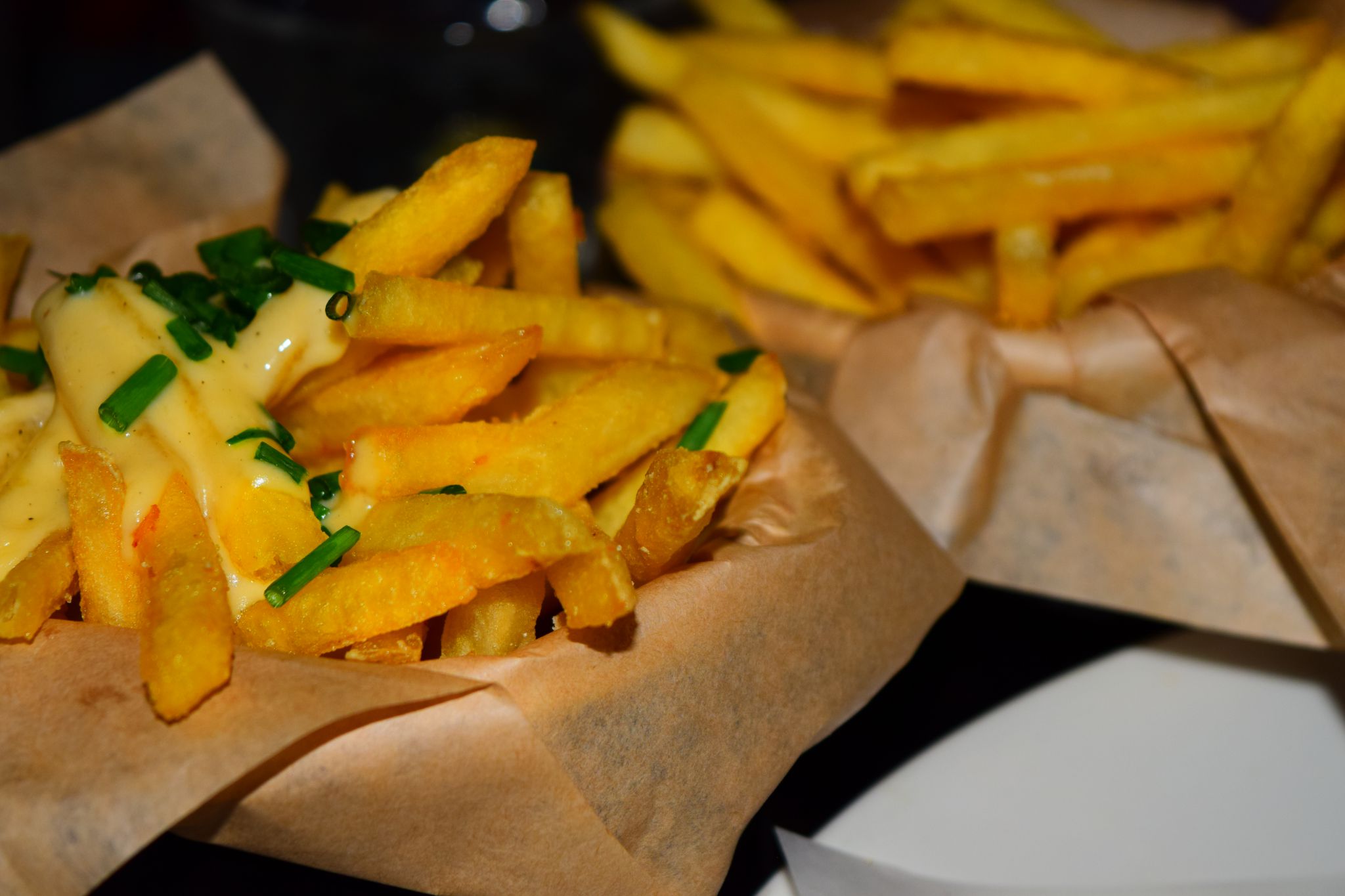 To go with our respective burgers, we shared pots of fries – one cheese covered (£3.95) and the other original (£2.95). The fries were hot and crisp perfection, and the drizzle of Freddar cheese helped cool some of the heat of my Clucky Balboa. The whole meal was absolute perfection, and we positively rolled back out to Lothian Road filled to the gills with the best burgers in Edinburgh