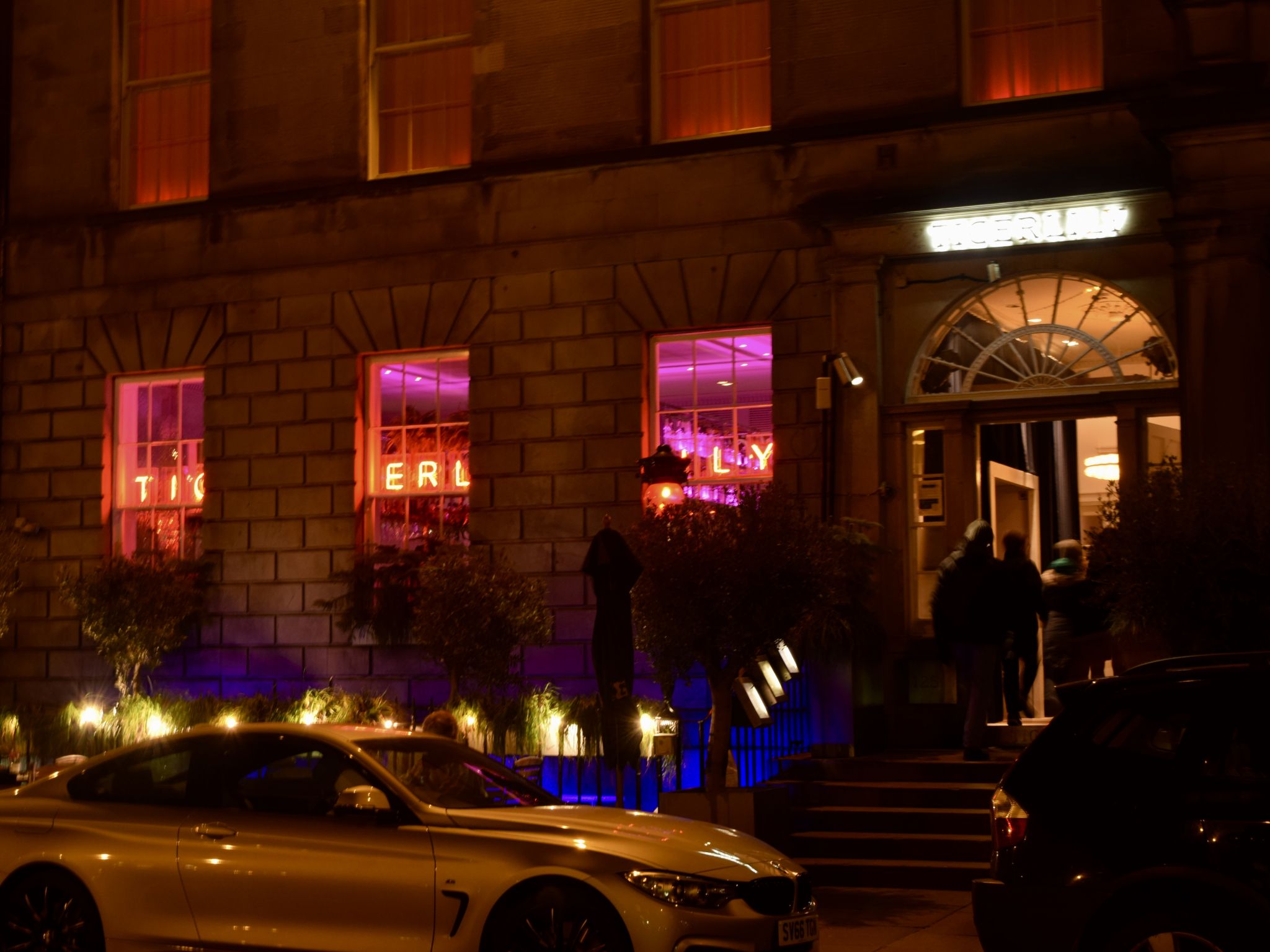 Tigerlily is one of Edinburgh’s George Street icons – if you’re trying to arrange to meet people, everyone knows where it is, and it’s central enough to be a great base for nights out in the capital. They also have rooms upstairs, so if you’re in the mood for a bit of a luxurious night away, you know exactly where to go!

Last week though, we popped in after work to give Tigerlily’s brand new Dine Out! menu a spin. With a dinner menu that’s only £15pp for two courses, we couldn’t resist! 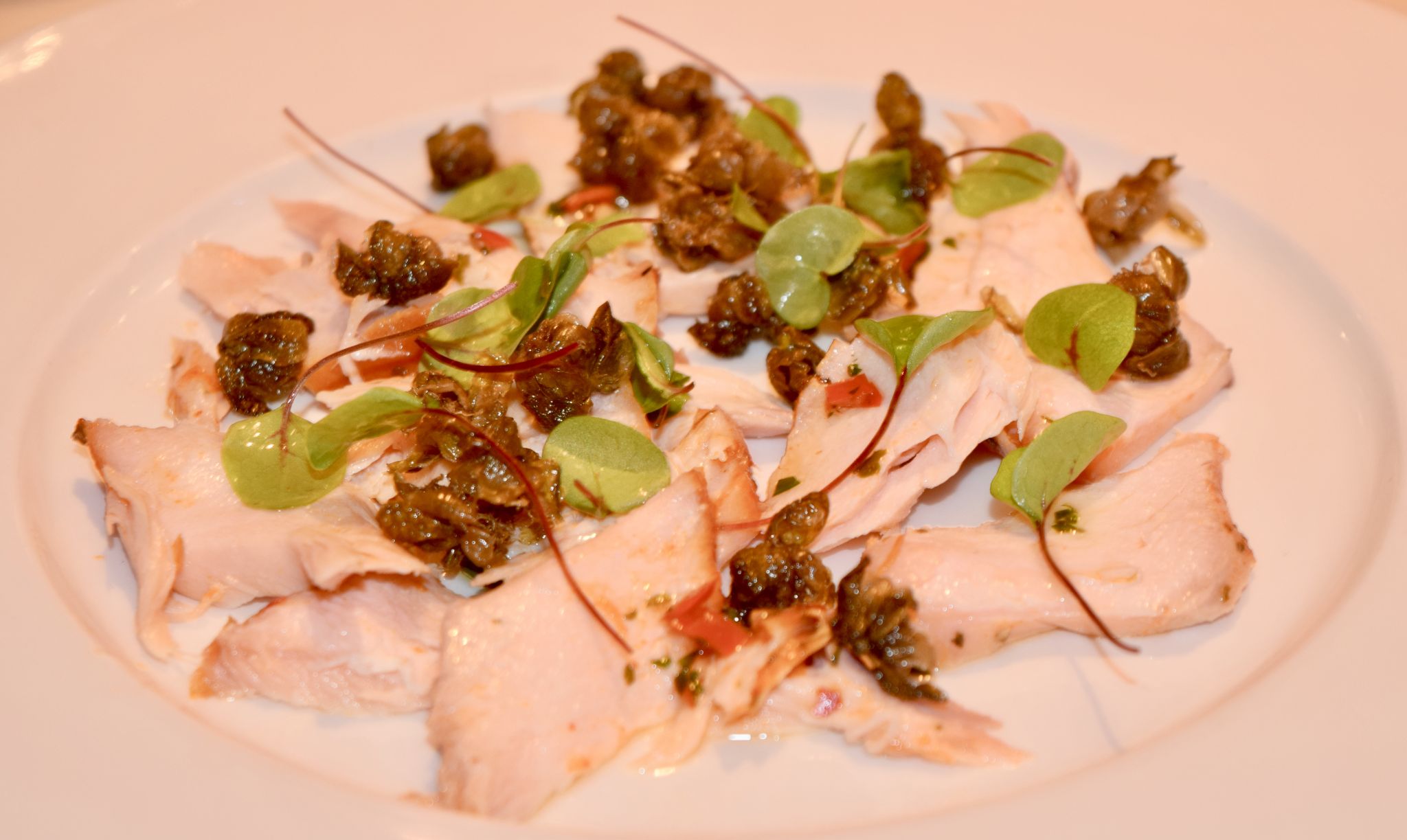 In a bit of a food blogger fail moment, we both ended up ordering the same meals, but you can’t blame us! To start with we ordered the Belhaven smokehouse chilli lime
& coriander hot smoked salmon with caper berries. I’m on a massive smoked salmon kick at the moment, and eat it about three times a week, and this didn’t disappoint! 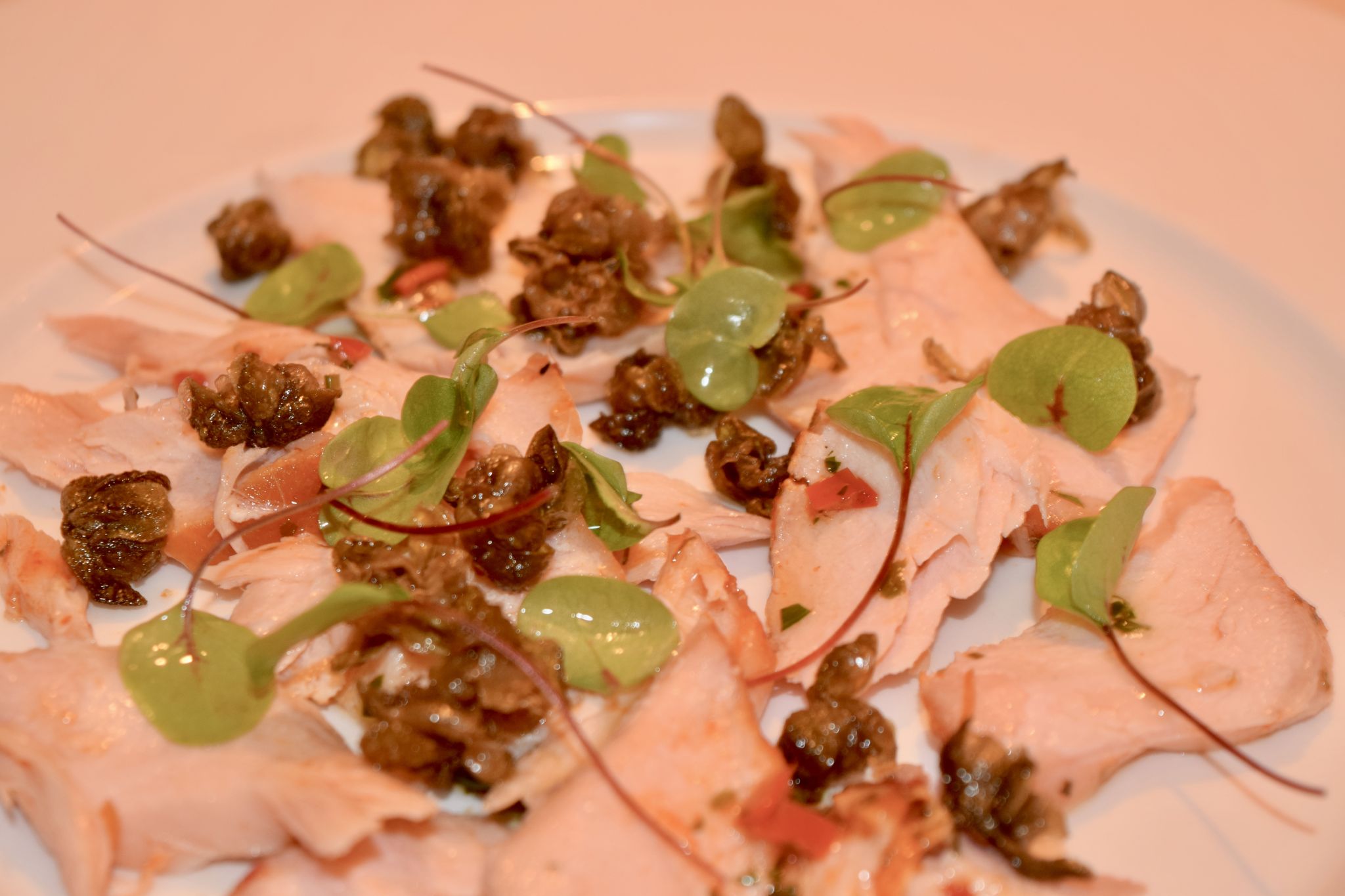 The salmon was soft and sweet, and paid beautifully with the briny, fried caper berries, which added a bit of crunch. It was a lovely, light, almost summery feeling starter to the meal, and I loved the light crispiness of the caper berries! 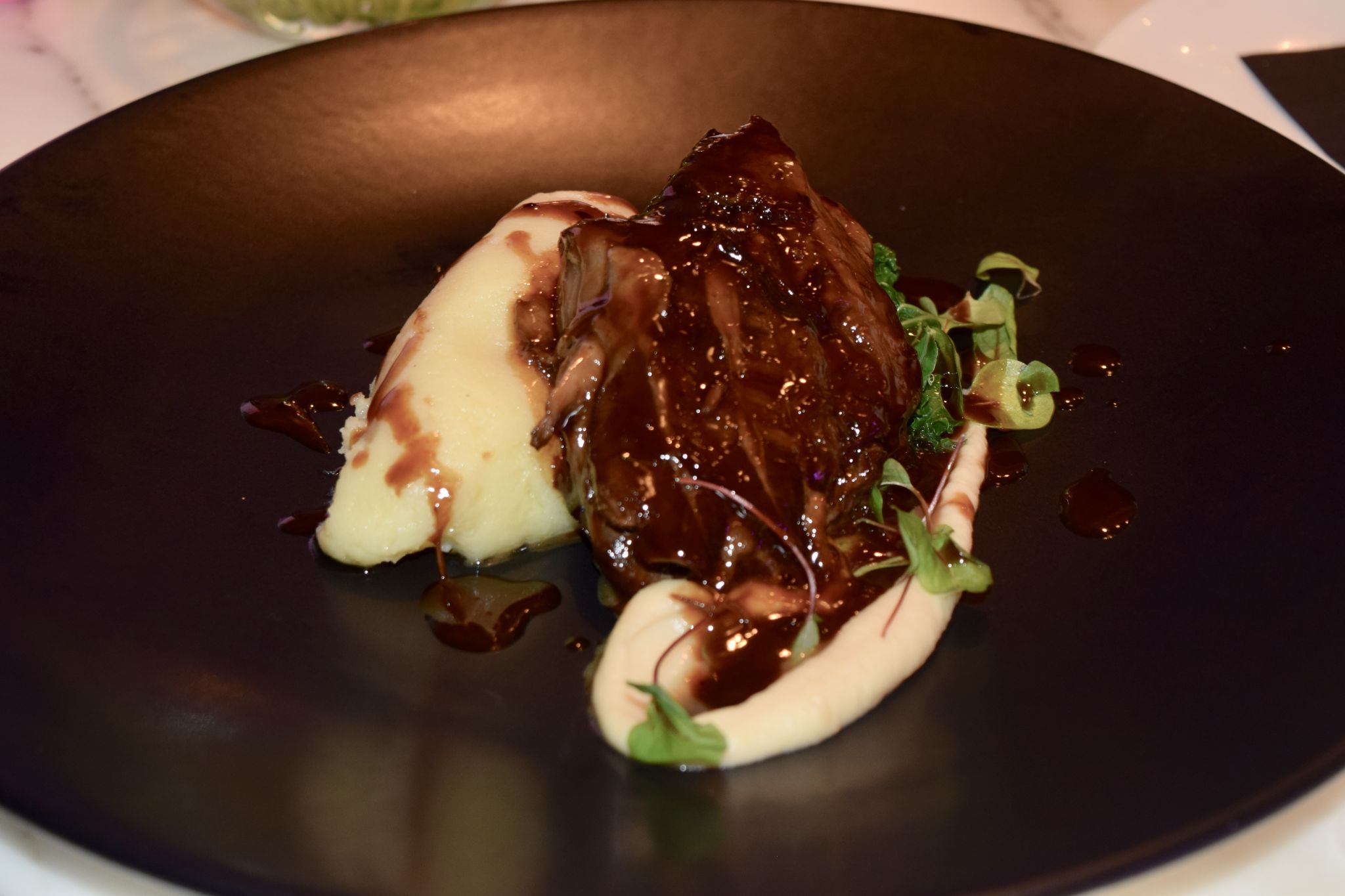 Then it was time for the main event. I had been toying with the idea of the pork belly, but it had been too popular, so we both plumped for the slow braised beef shin, celeriac & parsnip puree with kale & pancetta jus. This was the most wintery, comforting dish you can imagine. Rich, tender meat was paired well with gravy, and the celeriac and parsnip purees were absolutely delightful.

We also indulged in a portion of truffled chips to share. Topped with a mushrooms and slivers of parmesan, they were toasty hot and crispy, and delicately scented with truffle oil. 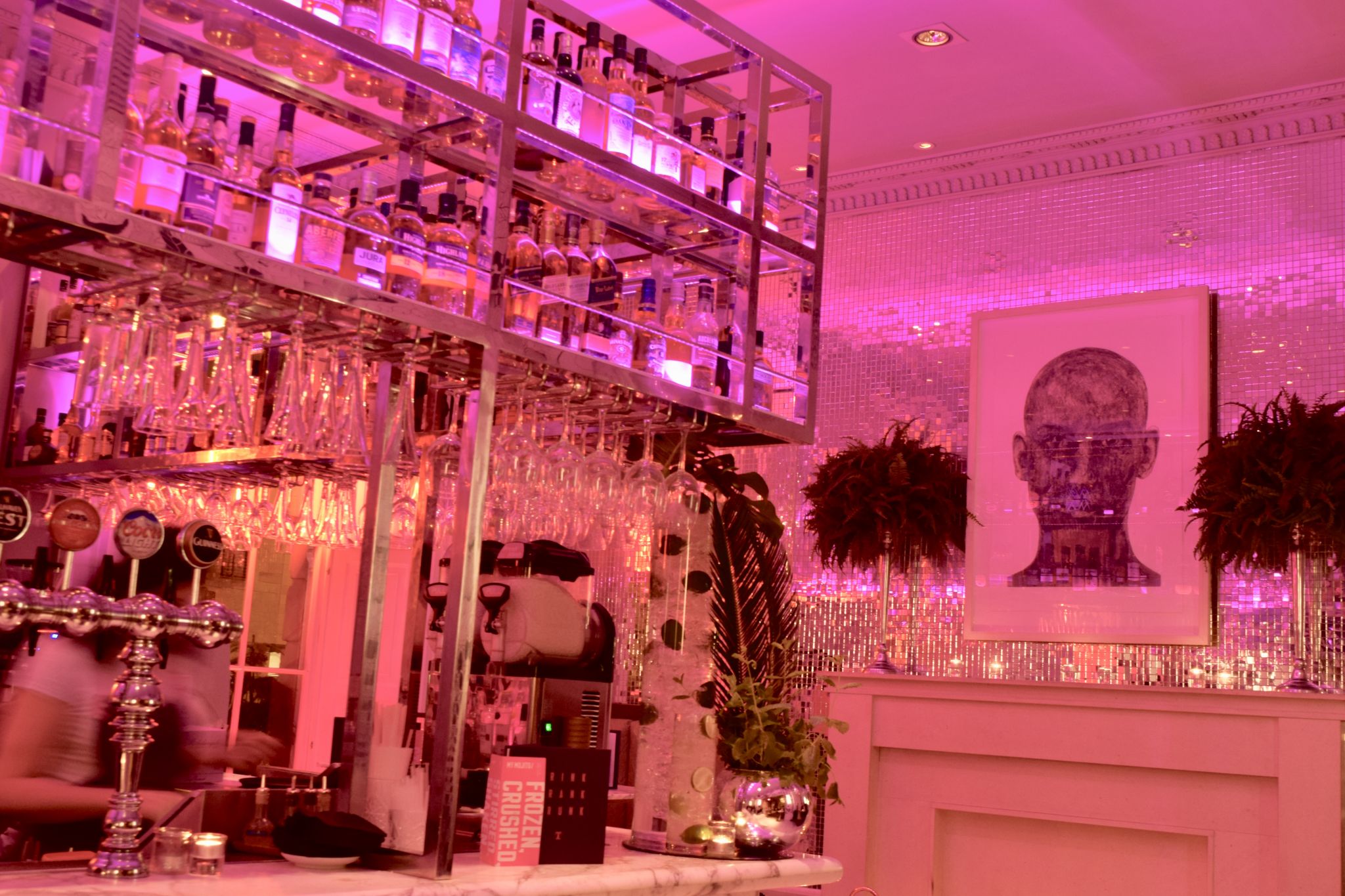 The Dine Out Menu is such a great addition to Edinburgh’s dining scene! It’s so nice to be able to just pop out during the week and enjoy a supper out – especially somewhere as pretty as Tigerlily!