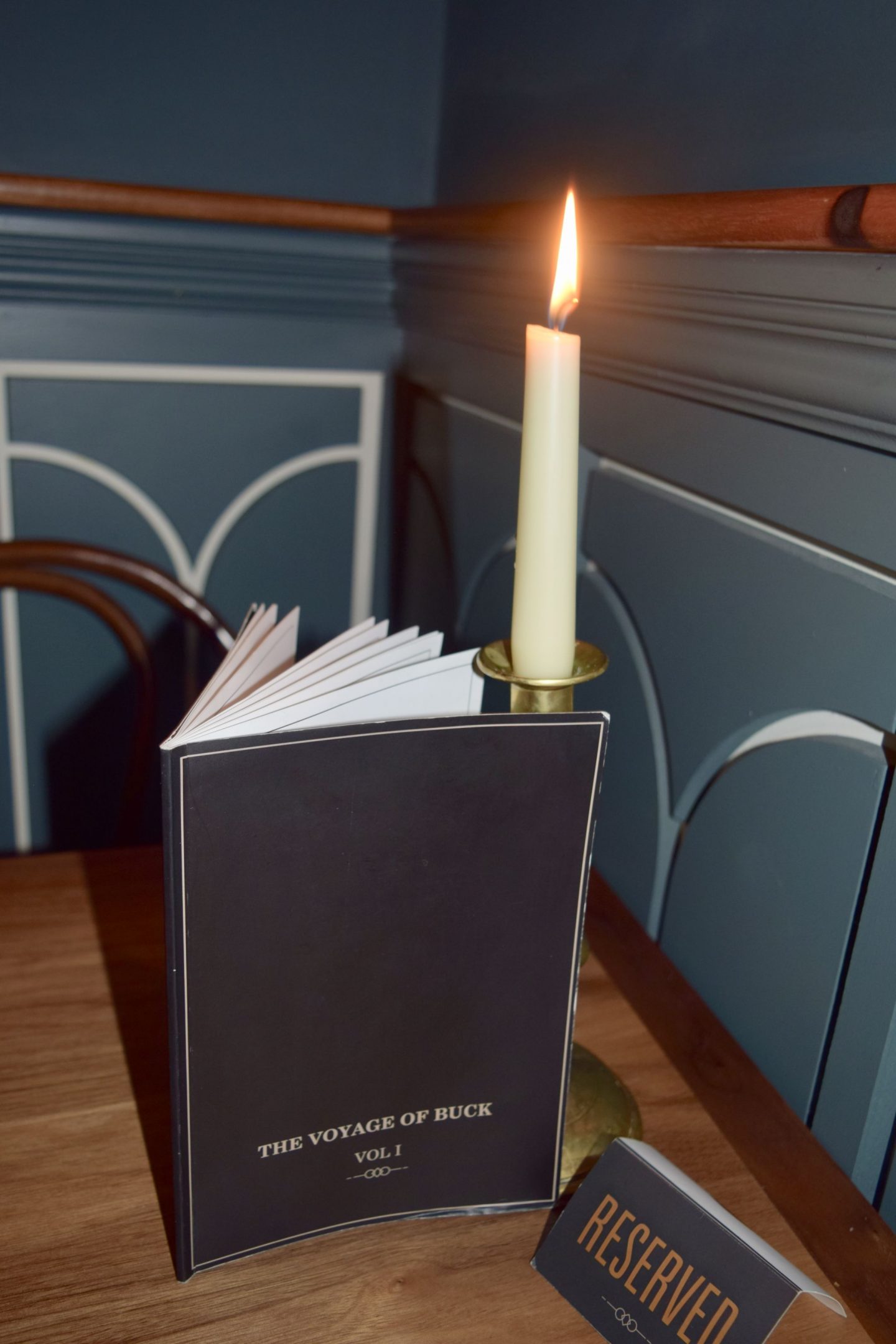 The Voyage of Buck opened recently in Edinburgh’s West End, and it’s been making some serious waves. The barman has won a clutch of awards, and it might just be Edinburgh’s most inventive establishment to date. Based on the travels of the fictional William ‘Buck’ Clarence, the restaurant melds together a fun sense of whimsy, with some serious attention paid to drinks. 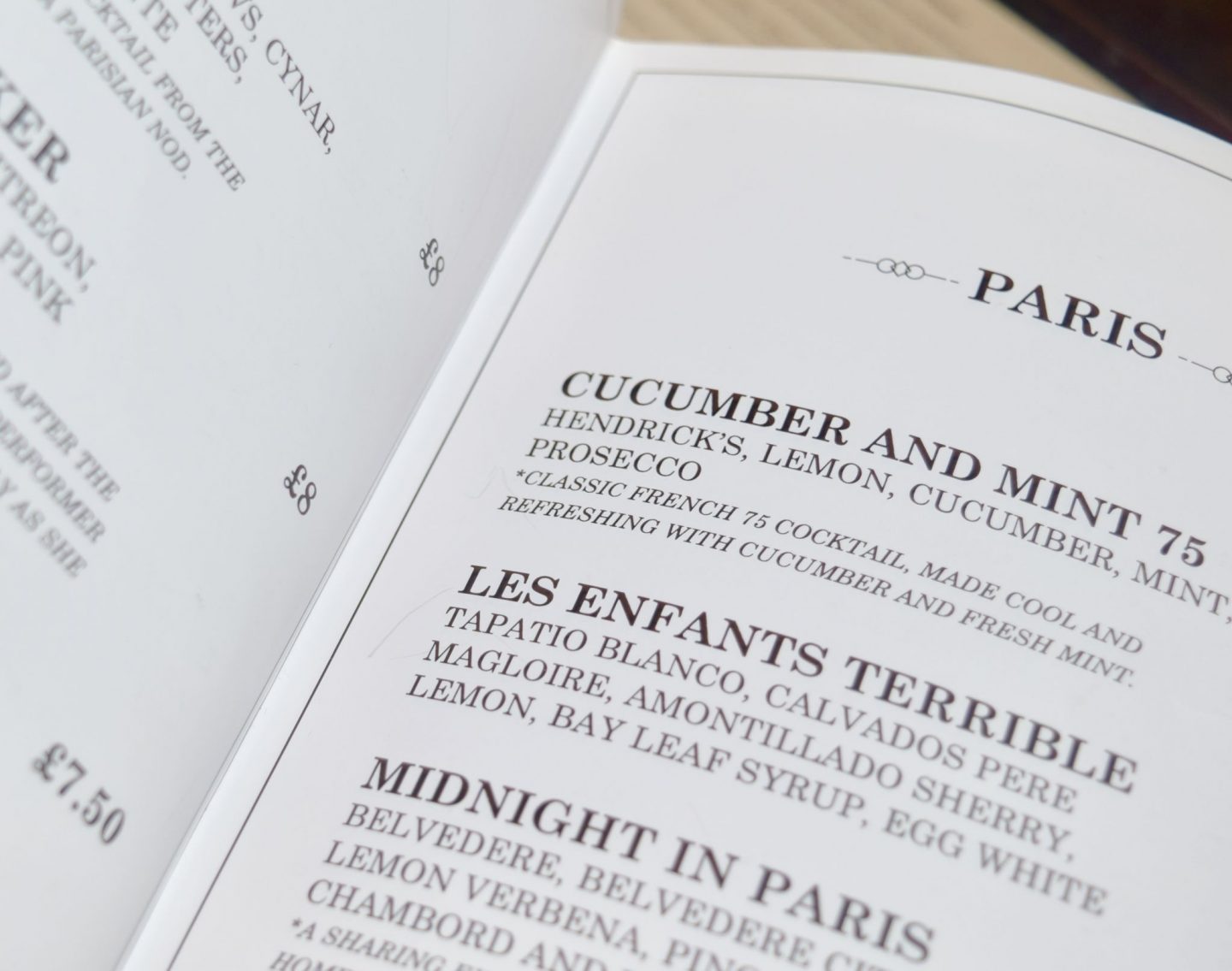 We popped in on a Friday night to start the weekend off on a high, and we were not disappointed. It was around 6pm by the time we got in, and the place was packed. It had such a lovely, buzzy atmosphere with a real mix of patrons. Whilst crowds jostled merrily at the bar, the tables were clustered with families, couples and friends all toasting the weekend.

Before we even got to grips with the food side of the night, we had to make the difficult choice of which cocktails to order. The drinks menu at The Voyage of Buck is more like a book – following Buck’s travels throughout Paris, Taipei, Havana and Cairo. We opted to visit Paris in the form of a Cumber and Mint 75 (£8) and Havana with An Old Cuban Pineapple (£8).

The presentation of the drinks was spot on. The Old Cuban Pineapple are with a slice of the dried fruit clipped in to glass, and it was an icy, fruity delight. The mix of mint, guava and pineapple felt so summery, and if you’re looking for a spot to enjoy a summer evening – you should definitely order one of these beauties!

Our second cocktail choice was a rather Parisian take on a good old g’n’t. The mix of Hendrick’s Gin and cucumber is a classic, and served icy cold with a splash of prosecco was an absolute delight. 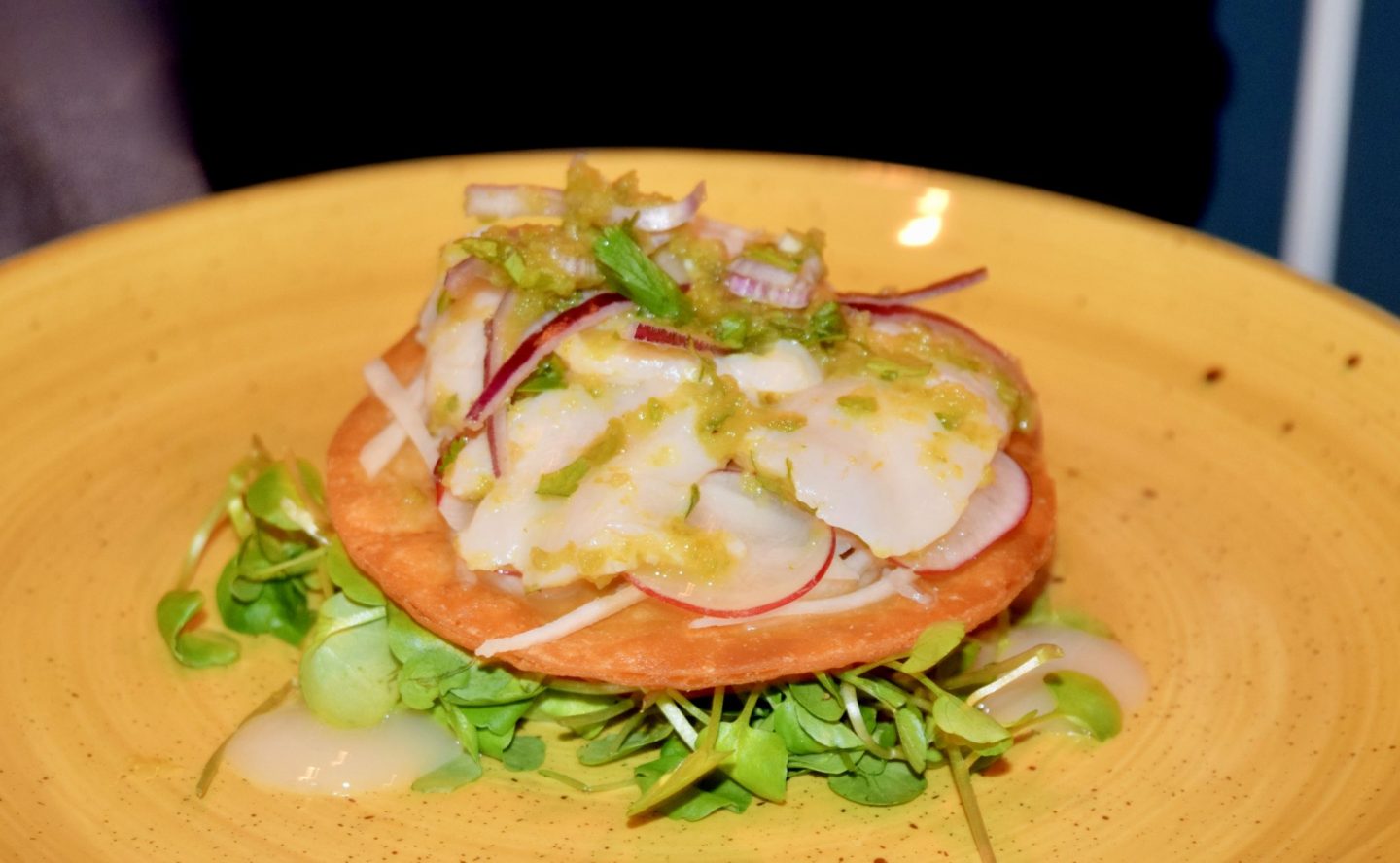 The food menu at The Voyage of Buck changes monthly to really make the most of seasonal product. They separate the dishes into small and large plates. Since we were just in for a nibble, we stuck to the small options. Out first choice was scallops served with salad which was a light and zesty dish.

I opted for a plate of King Prawns which came on a bed of sweet butternut squash, and is was delicious. The shrimp were large, juicy and super flavourful, whilst the butternut squash was incredibly moreish. So, after enjoying a buzzy couple of hours at The Voyage of Buck, it was time to head back into the real world of Edinburgh, although with a drinks list like that – I’m sure it won’t be long until we’re back!