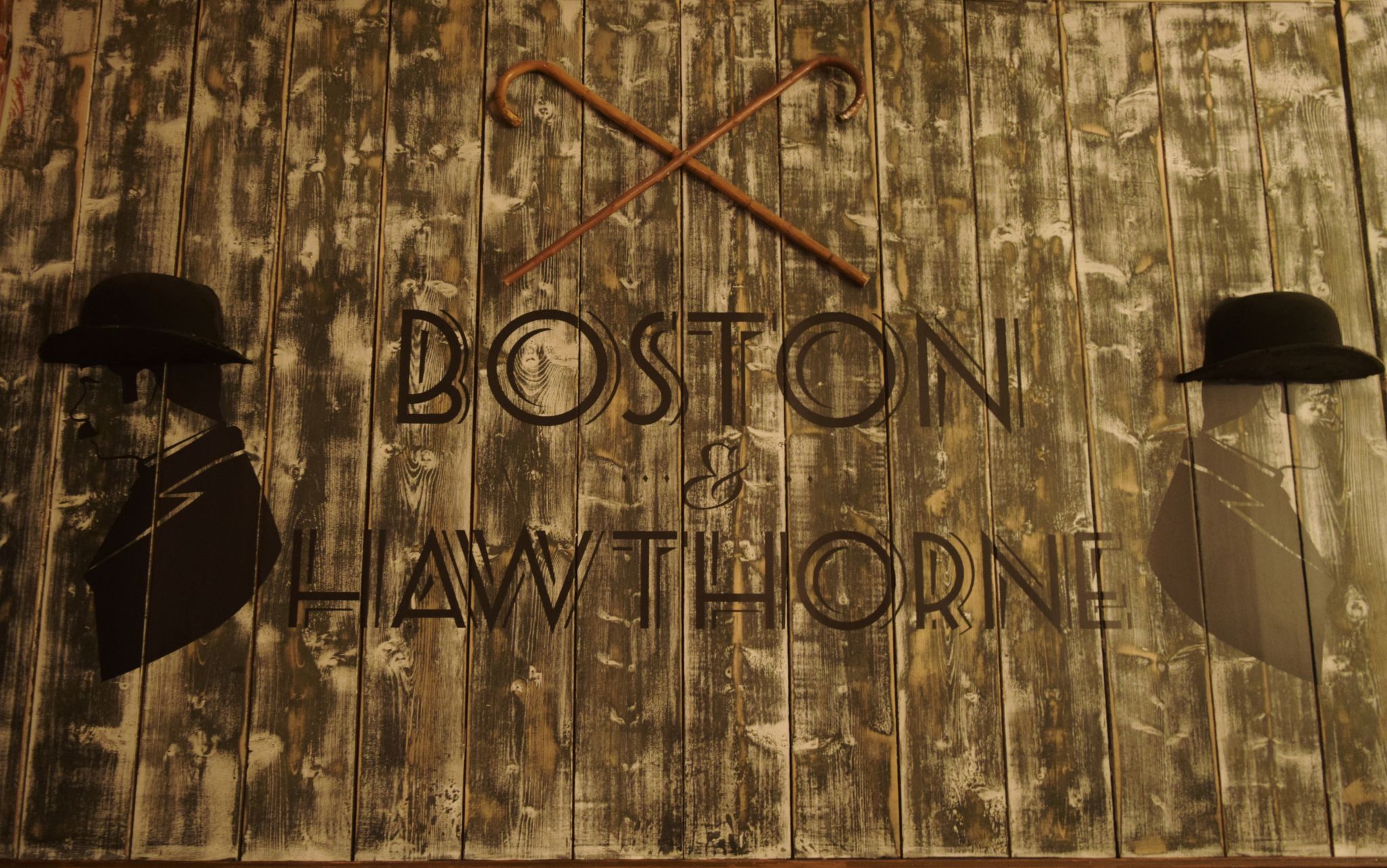 A couple of weeks before Christmas, a new face opened in Edinburgh’s Stockbridge – Boston & Hawthorne. Billed as the capital’s only curiosity bar, it’s a cosy little spot, tucked off the main street, with killer cocktails and a menu perfect for sharing.

When I popped in, it was for a special opening event. With candles flickering, we were given time to explore the cabinets and mingle, before sitting down to sharing banquet. The food for the evening had a Roman-theme, which was entirely unexpected – so as we were seated we were plied with mead as we got to know everyone at the table.

The first course was a pizza bread, absolutely covered in cooked peppers. As with the rest of the meal, we were encouraged to use our hands and dig in!

With a perfectly crisp base, this was such a delicious way to start our meal. The peppers had been cooked until soft and sweet , and the pizza dough had a delicious, sourdough flavour. 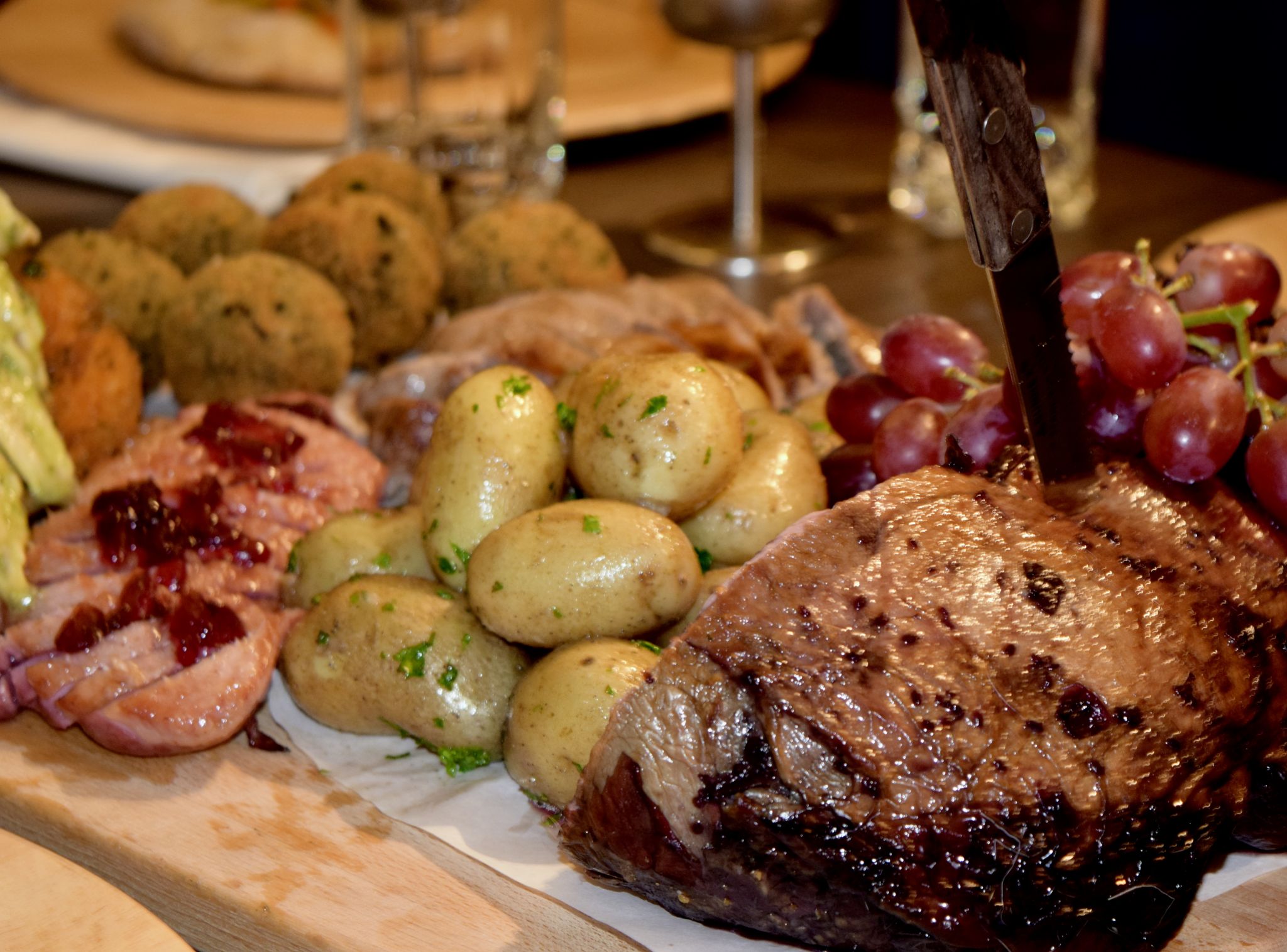 Once we had all munched our way through the pizza, it was time for the main event. Possibly Edinburgh’s most generous sharing board was heaved to the table – much to all of our delight! It was a truly Bacchanalian affair, bedecked in meats and vegetable, which we all spent at least five minutes taking pictures of.

Once we had all taken enough pictures, it was time to dig in. There was so much to choose from – there were exotic options like the wild boar sausages, and squid arancini, as well as breaded aubergines, duck, new potatoes and a huge hunk of venison. While imposing, the spread was perfect for diving in and out of. 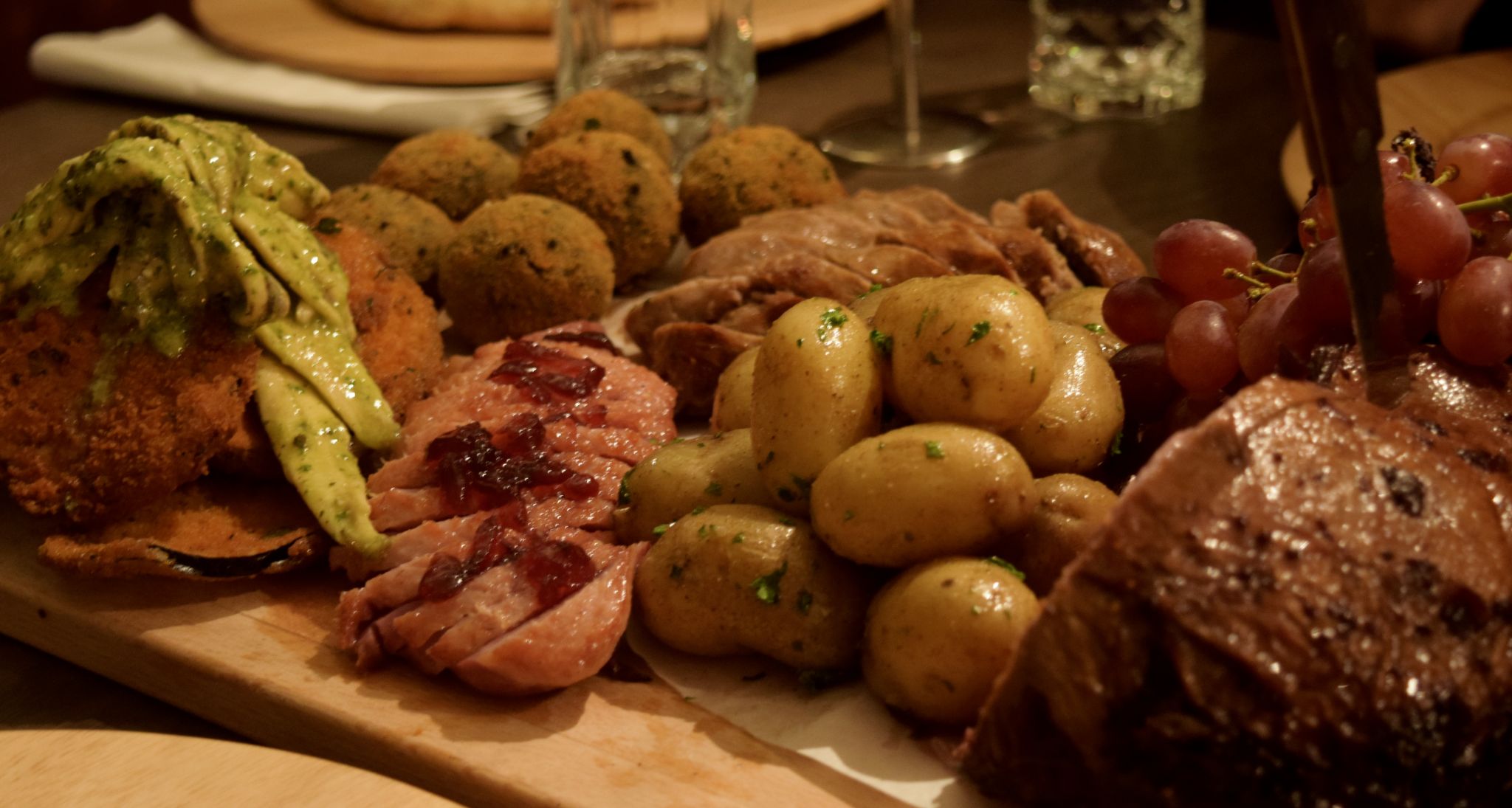 The concept of a Roman banquet was something I’ve never experienced before, but is was such a lovely way to be introduced not only to Boston & Hawthorne, but also to some more Edinburgh-based bloggers! I’m always on the lookout for new sites to read and explore! 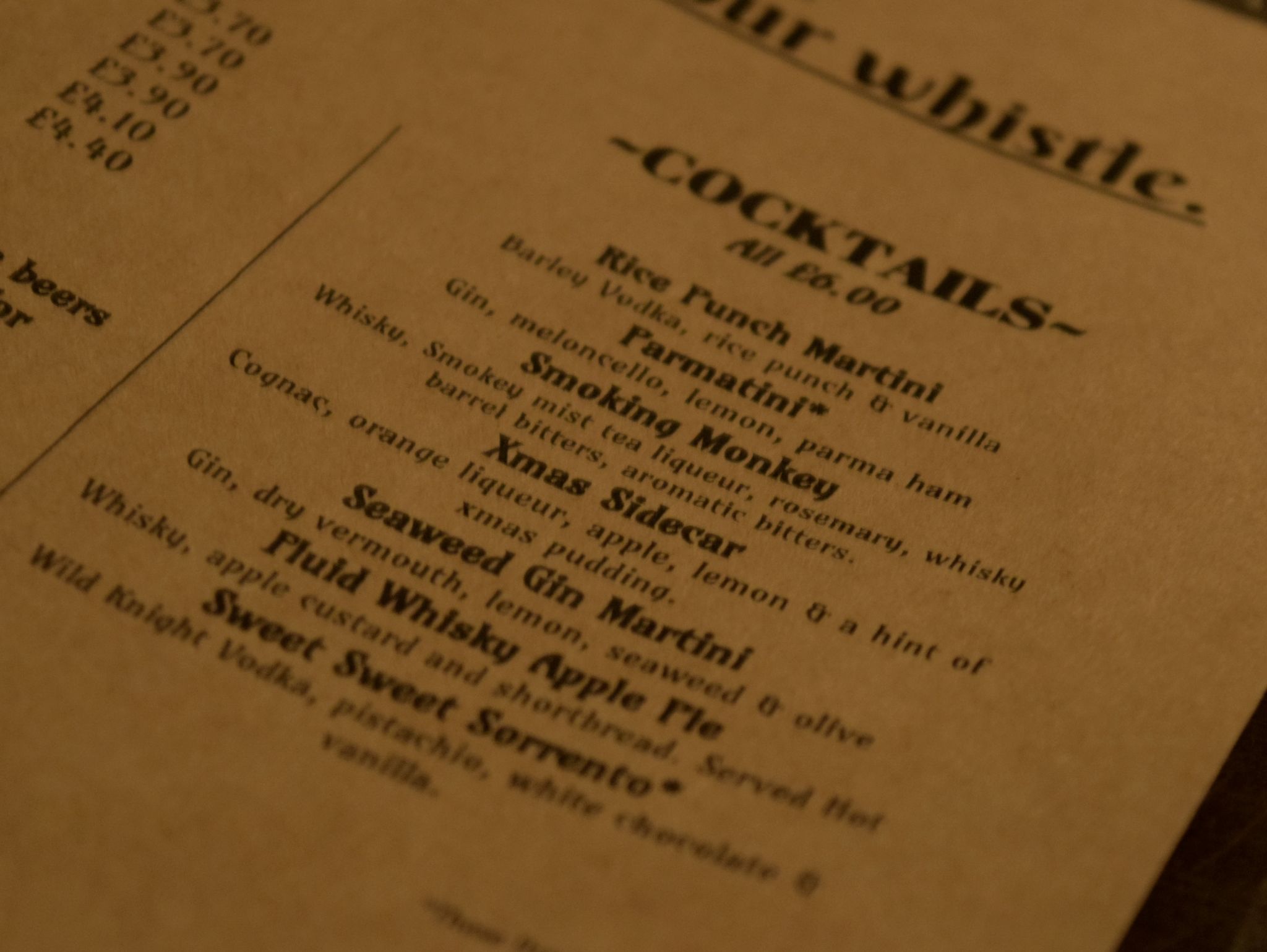 To round the evening off, we had to try some of the bar’s rather delicious sounding cocktails. They’re all priced at £6 each, and I have to say – they’re a real bargain! 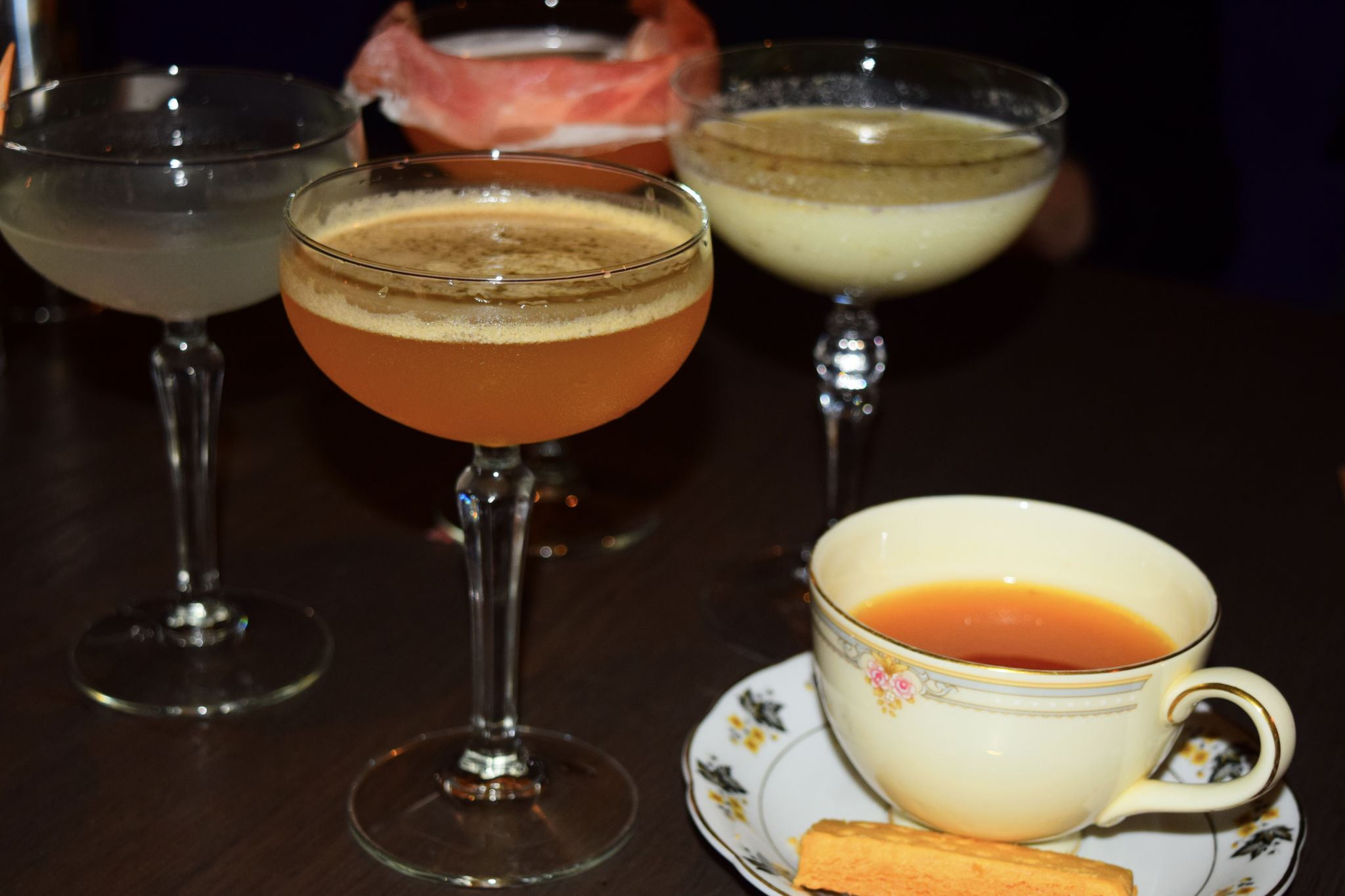 Somehow we all managed to order a different one each – the most eye-catching of which had to be the Parmatini, which came draped with a slice of ham! It was declared delicious, and I enjoyed my Fluid Whisky Apple Pie. Served hot in a vintage cup and saucer set, complete with a finger of shortbread, it was a toasty way to end the evening.

Thank you so much to Boston & Hawthorne for having us!