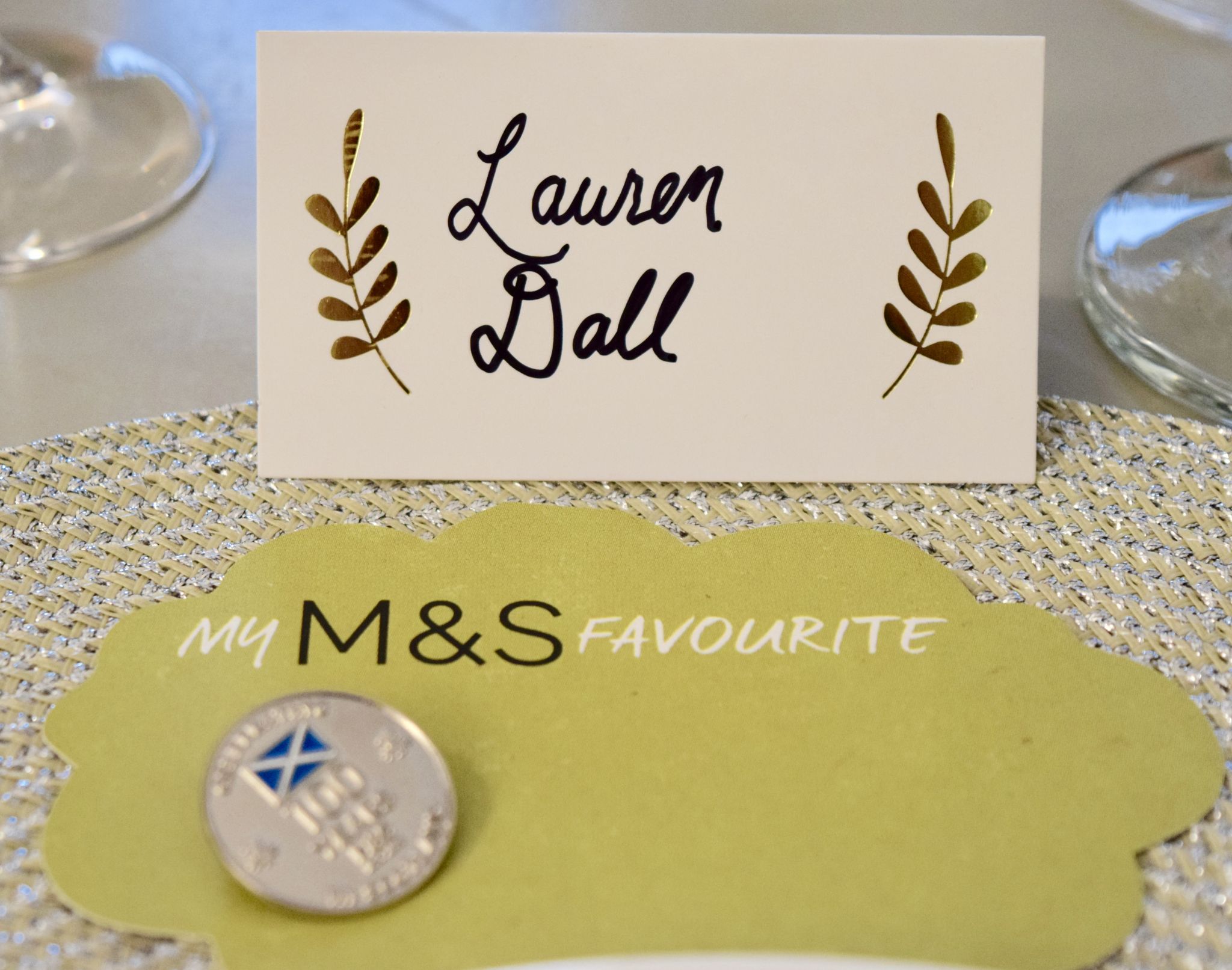 When a night begins with colour-changing gins, you know it’s going to be a great one! Last night I was lucky enough to be invited to the Edinburgh New Town Cookery School (a spot I’ve been dying to explore) to celebrate M&S’ celebration of 100 years in Scotland. They opened their first store in Dundee back in 1918, and it’s fair to say that they haven’t stopped since!

The night was a celebration of all things Scotland – of course, we’re currently slap-bang in the middle of Scottish Food & Drink Fortnight, so the timing couldn’t have been better to find out, not only about M&S, but the fabulous Scottish suppliers they use too. 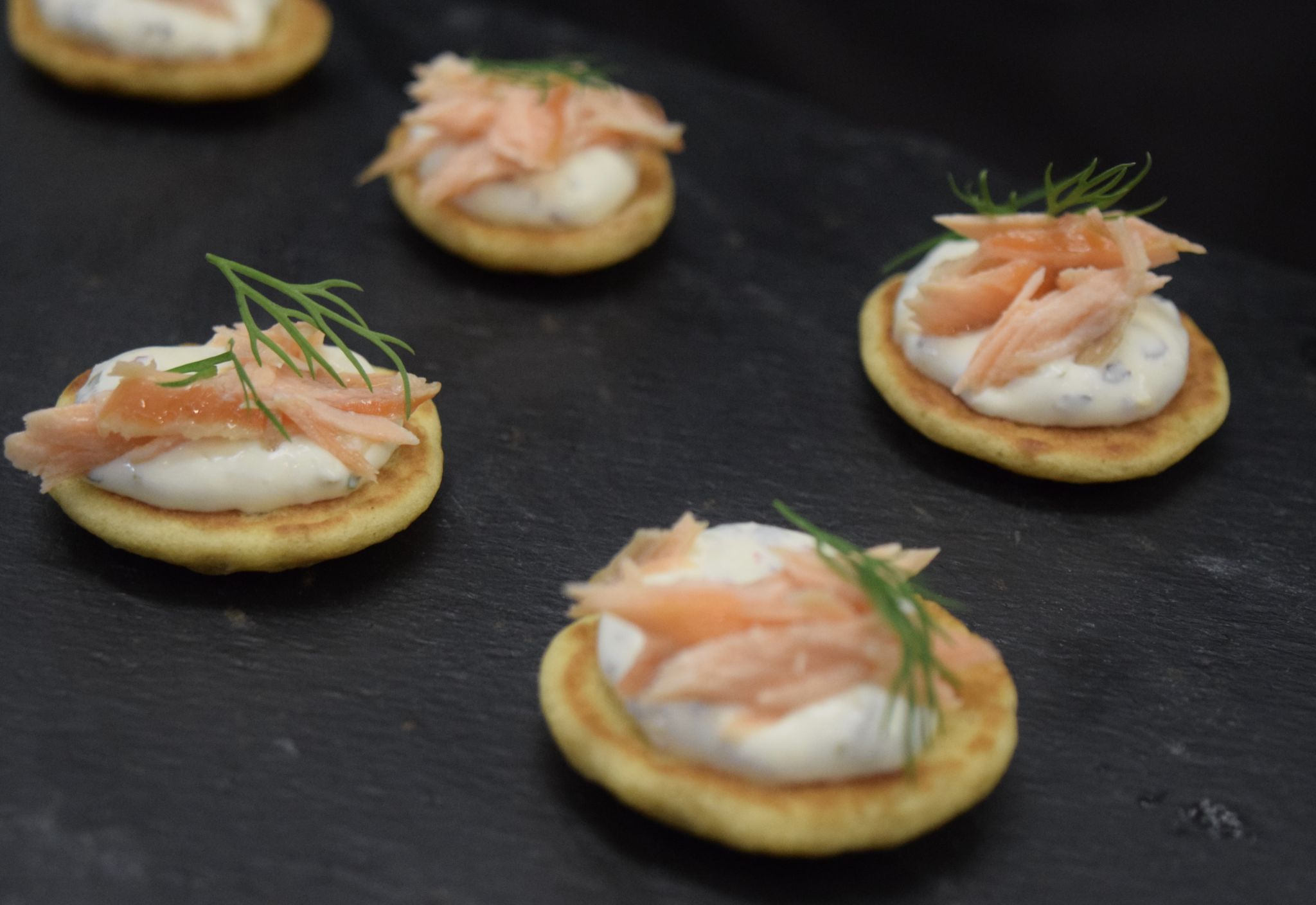 Perhaps the biggest surprise of the evening was the lengths that M&S go to in their search for the best and most exciting products. Their colour changing gin (I tried the lavender and it was all kinds of delicious) comes from Edinburgh’s own Secret Herb Garden (they’re coming out with a Christmas blend which sounds delightful), whilst a majority of beef and lamb comes from Scotland too. As someone who tries to shop as small, and as responsibly as possible, it’s reassuring to hear that I can pop into my local M&S, and still support local suppliers.

To accompany the gin, we were spoiled with some delicious canapés – hot smoked salmon crowned seaweed crème fraîche on blinis, haggis came delicately breadcrumbed in panko, and onion and potato bhajis came piping hot and served with a punchy sauce. 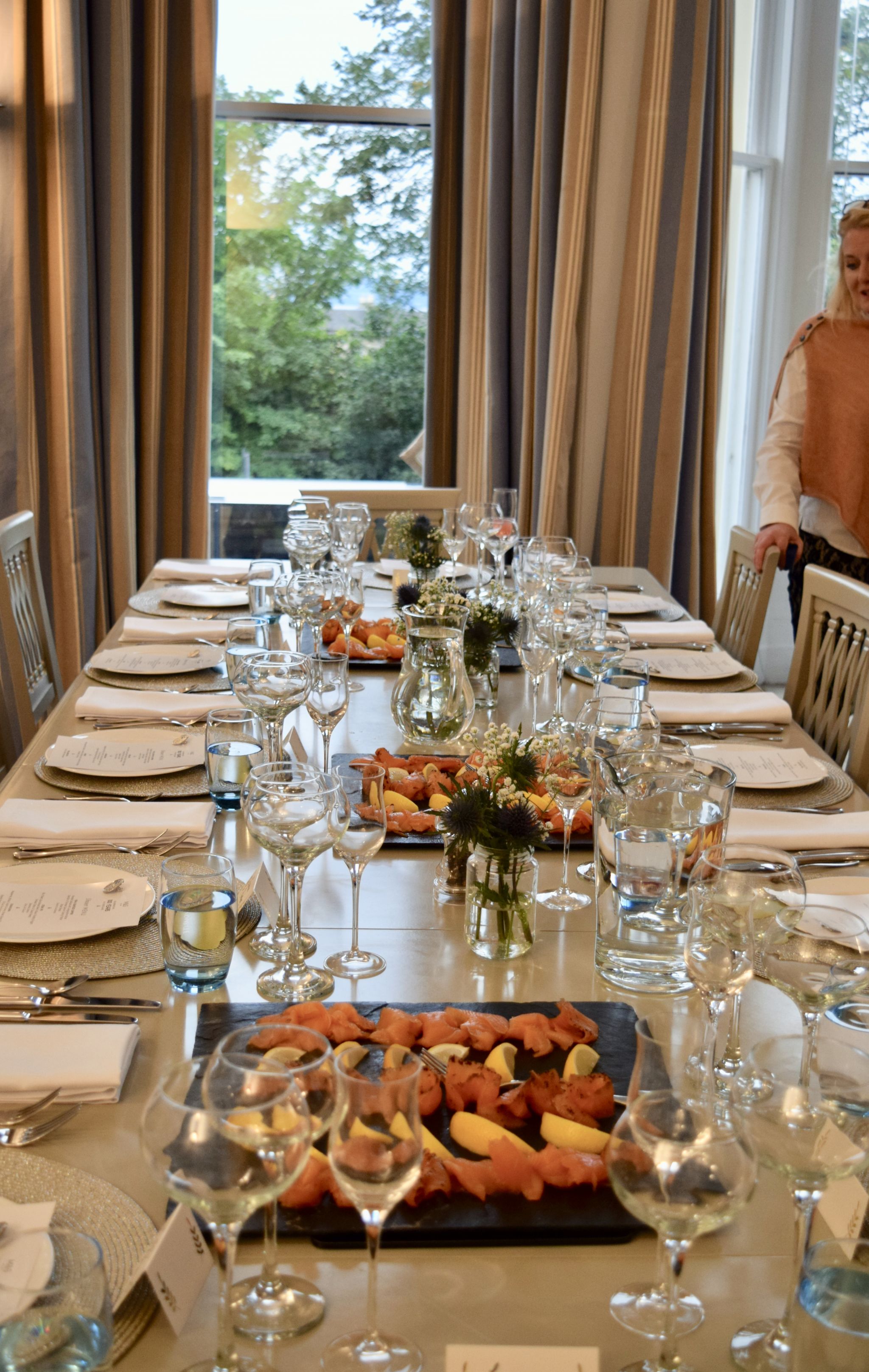 After some mingling, and perhaps a little more gin, we headed upstairs to the dining room, where tables were already furnished with slabs of Lochmuir smoked salmon. With a ripe and fruity Sancerre poured, we got to hear directly from the producer, about how he works with M&S, and warned that even more starters were to come! 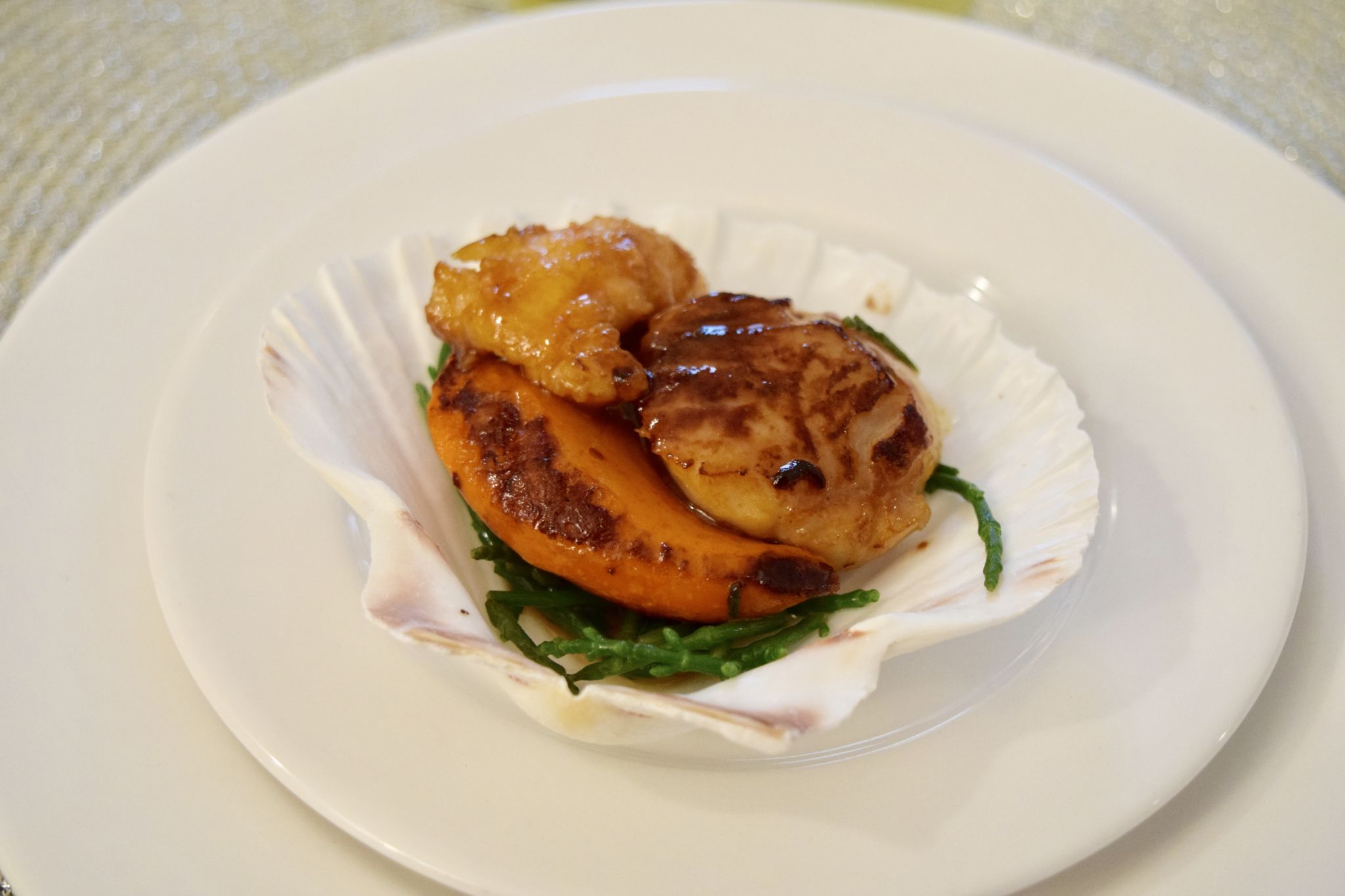 Which is where the most heavenly roasted scallop comes in – served in the shell with Langoustine Butter and a still-warm soda bread (made with Scottish stout) this was a real highlight of the meal. I’ve become such a fan of scallops recently, and last nights was among the best – delicately sweet, and still translucent, it perfectly demonstrated the quality of produce on offer from M&S.

Mains were equally delicious – after hearing from Scotbeef – who along with M&S champion traceability (every single piece of beef that M&S sells can be tracked back to the farm and animal it came from and is always British) we tucked into Rib of Beef, Black  Pudding and Ox Tail faggot and accompanying vegetables. Pretty much the perfect version of a Sunday lunch – I don’t think anyone left even a crumb of this. The meat was beautifully tender, and just melted in the mouth – it’s something I’m going to be (trying) to recreate this weekend for sure! 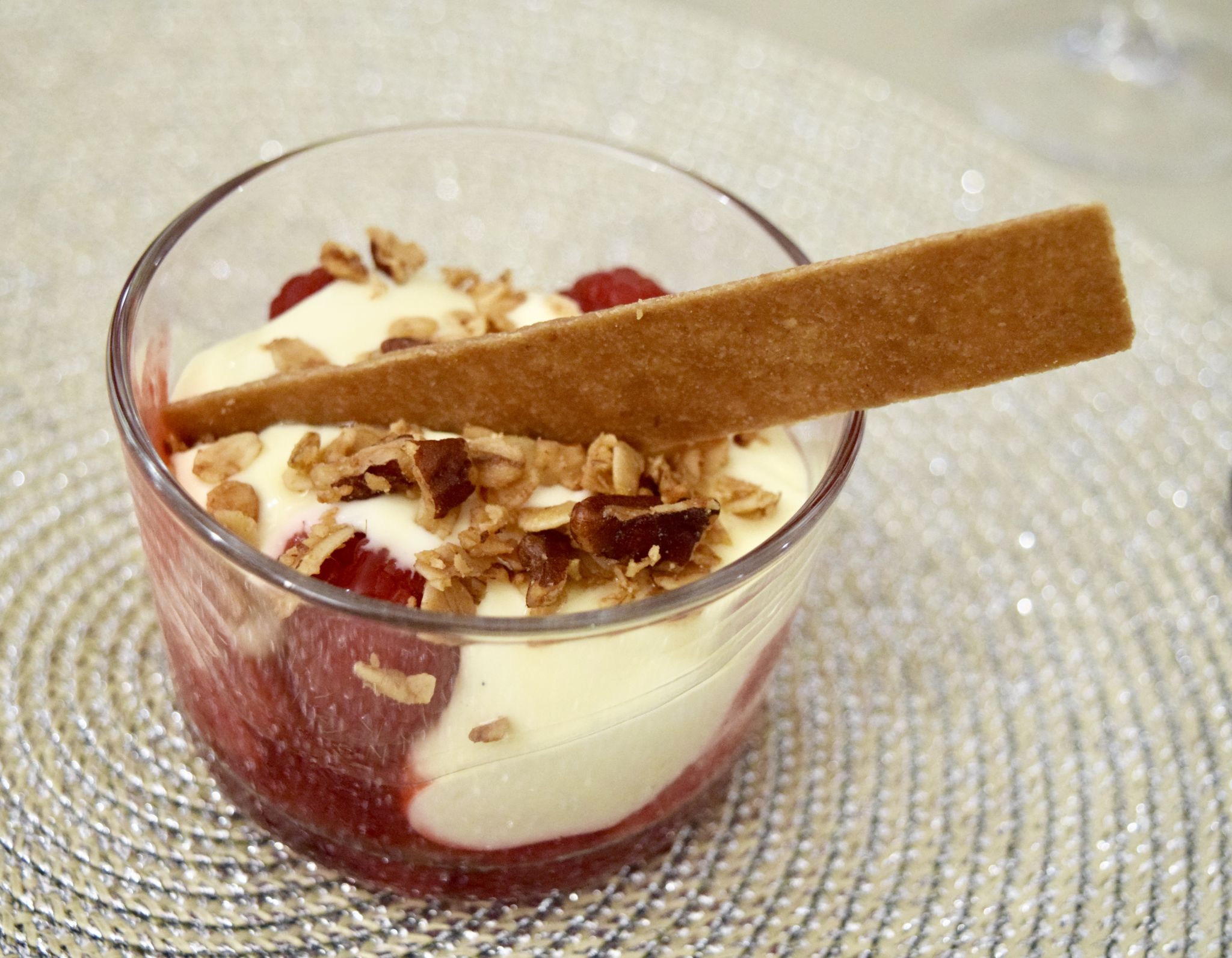 As if all that wasn’t enough, when it was time for dessert – we were treated to two options – a beautiful Cranachan, filled with Scottish raspberries, oats, honey and of course, whisky, and an absolute dream of a cheeseboard.

With a chance to try Scottish Brie (creamy, and slightly firmer than the French) as well as a Scottish Red Cheddar and Strathdon Brie, it was the perfect note to end on. Positively stuffed full of the best of Scotland, we then got to pick our M&S favourites, (you can find similar choices around stores with staff picks) after a night filled with such amazing dishes, it was a seriously hard choice! What did I go for? I couldn’t resist Colin the Caterpillar!

Thank you so much to M&S for having me! It was absolutely fascinating to hear about the work they put into providing the very best products for customers, and it’s so lovely to hear their enthusiasm about Scotland! You can also find out more about M&S’ history at their upcoming Food Festivals which will be hitting the road: