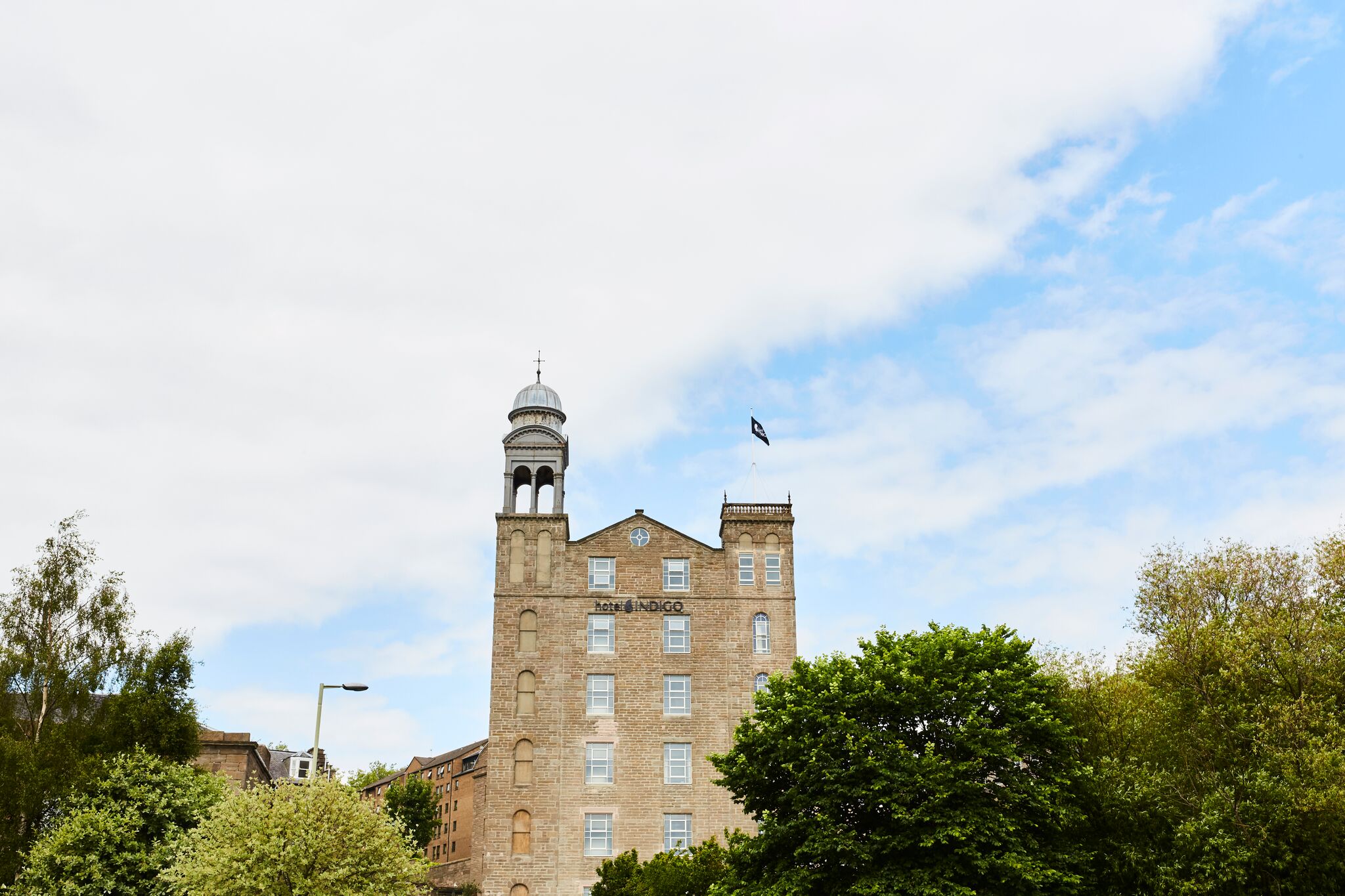 It’s fair to say that Dundee is having a bit of a moment just now. The V&A opened in September of last year, and pretty much every major travel magazine has named the city as a ‘can’t miss’ destination, thanks everything that’s going on. There are a surprising amount of galleries, both traditional and modern, and the city is small enough to walk around in a day or two, so it’s great for a weekend break into the bargain. 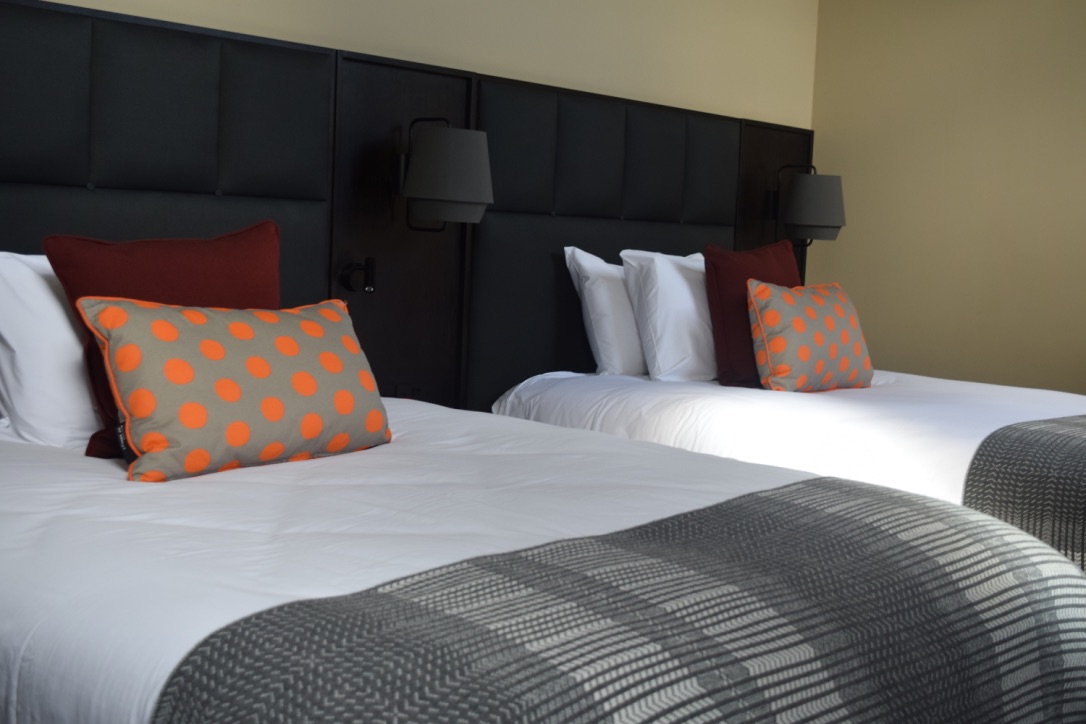 If you’re heading through to Dundee, which, incidentally, is Scotland’s sunniest city, the place to stay has to be the brand new Hotel Indigo Dundee. Opened in the city over the summer, and the result of a three-year, multimillion pound renovation, Hotel Indigo Dundee is a former linen mill, and it feels like no other hotel I’ve stayed in in Scotland. 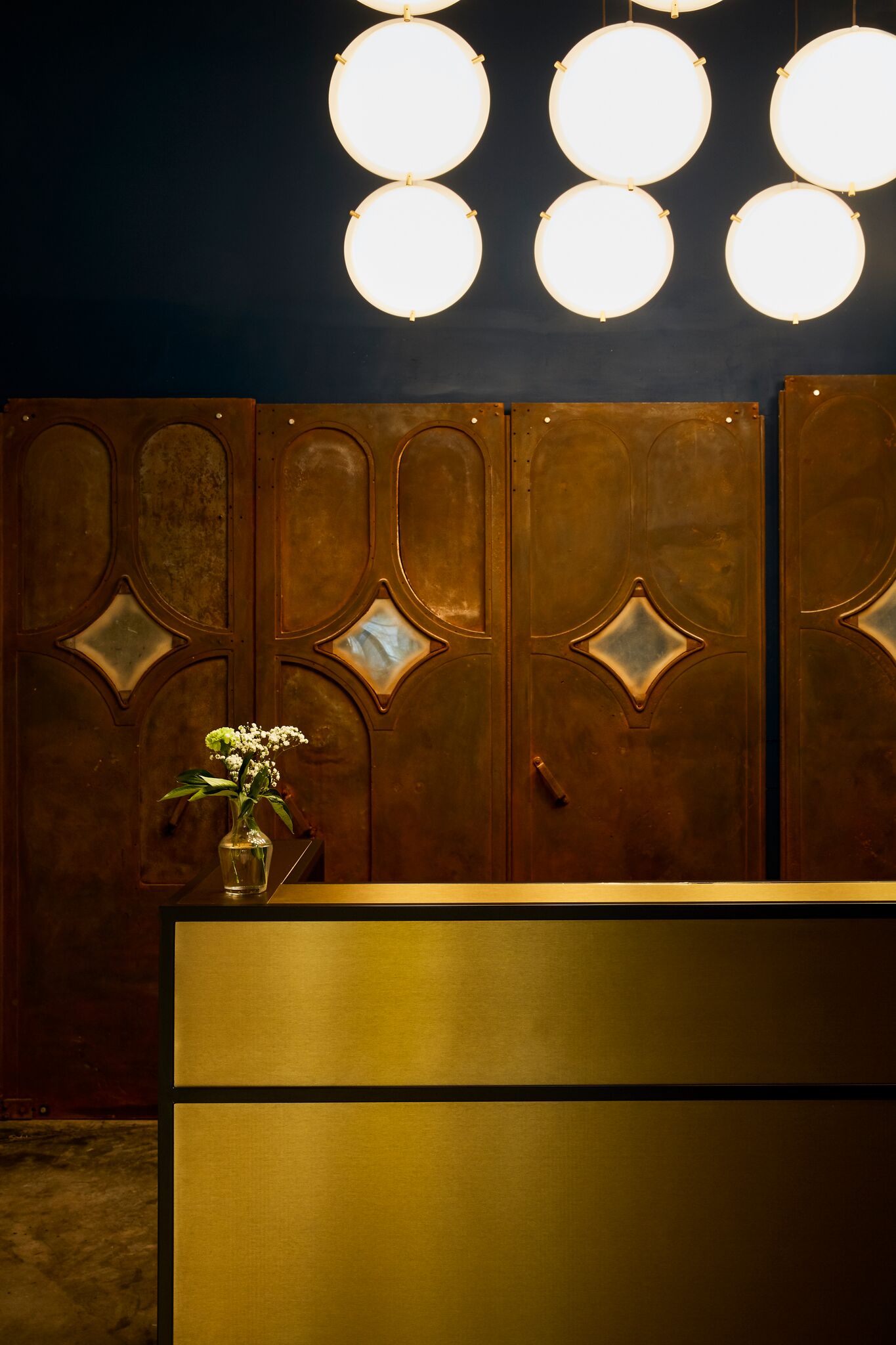 Taking cues from the hotel’s industrial past, the lobby is filled with relics from Dundee’s past. Think video games, mills and marmalade – it’s been laid out so it’s a great place to take a laptop and set up shop for a few hours, and you can even order food and drink there if you get peckish! 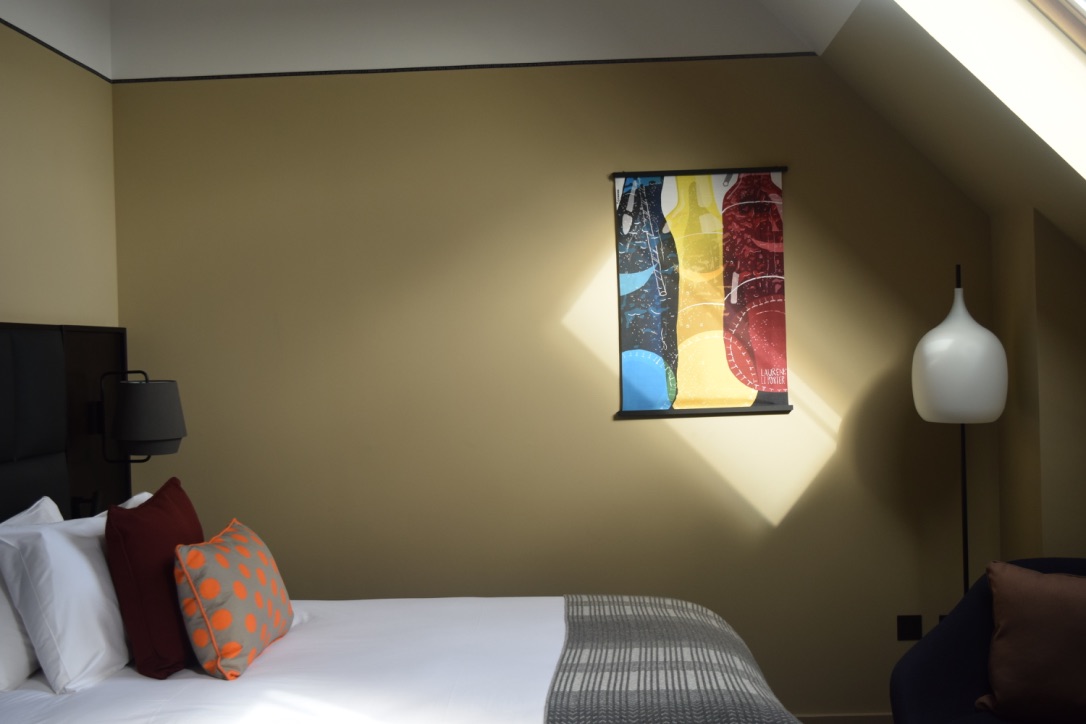 Thanks to the building’s linen mill past, the rooms are chock-full of character. Some rooms have original brick ceilings, whilst others have iron beams and stunning views overlooking the Tay River. 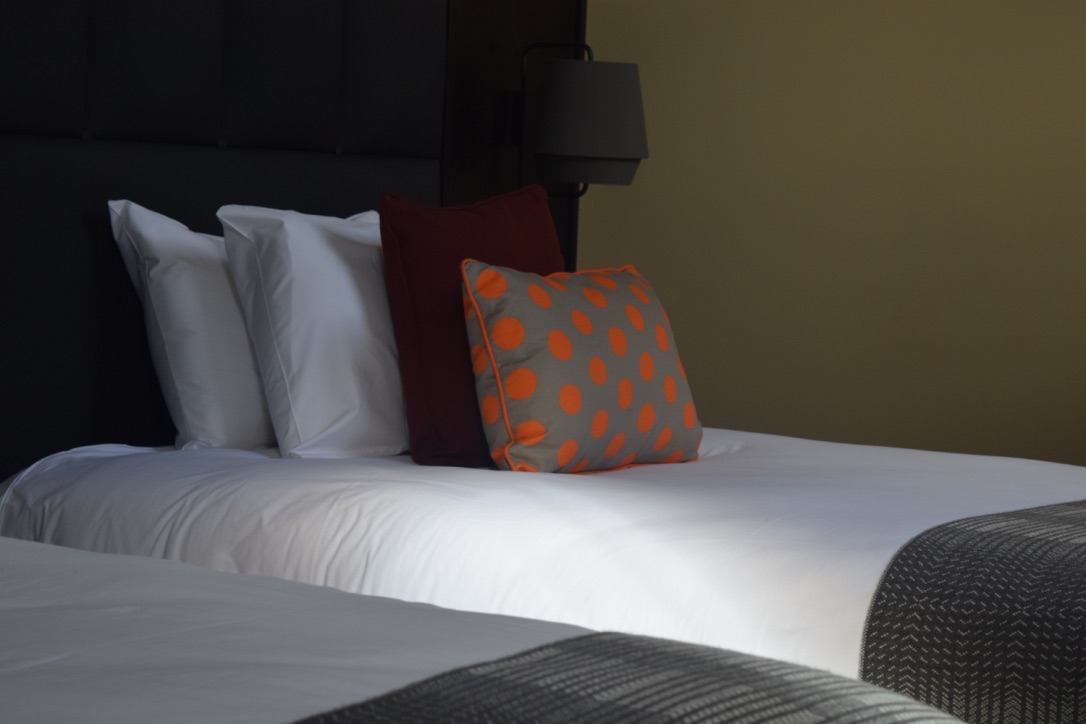 Our room was up on the top-floor, and came flooded with light thanks to the velar windows. It was the perfect spot to get some work done too, thanks to the huge desks, and I am obsessed with the Dundee-themed decorations. The artwork on the walls payed homage to local drinks legend Bon Accord, whilst the blankets come courtesy of locally-trained artist Hillary Grant. 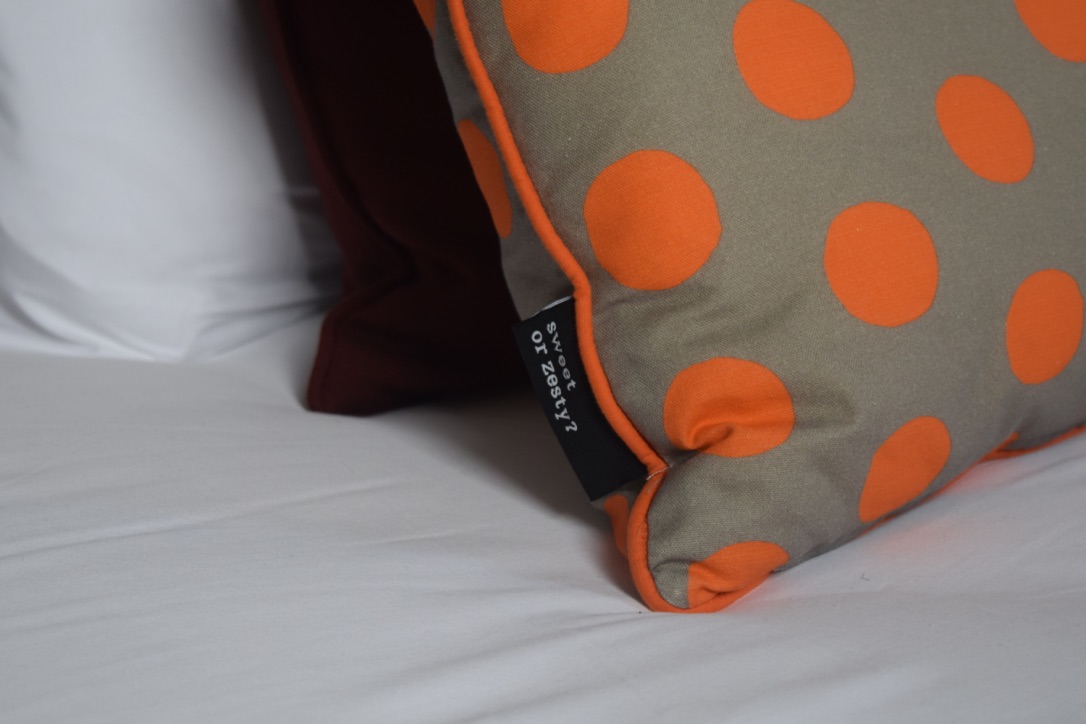 The cushions are also specially-made, and are all about marmalade. They’re also adorable!

The bathrooms are also absolutely stunning – the showers all come with a fun marmalade decal, and the bathrooms come stocked with Arran Sense of Scotland goodies. They smelled absolutely divine, and when paired with the rainfall showers – it was a heavenly experience! 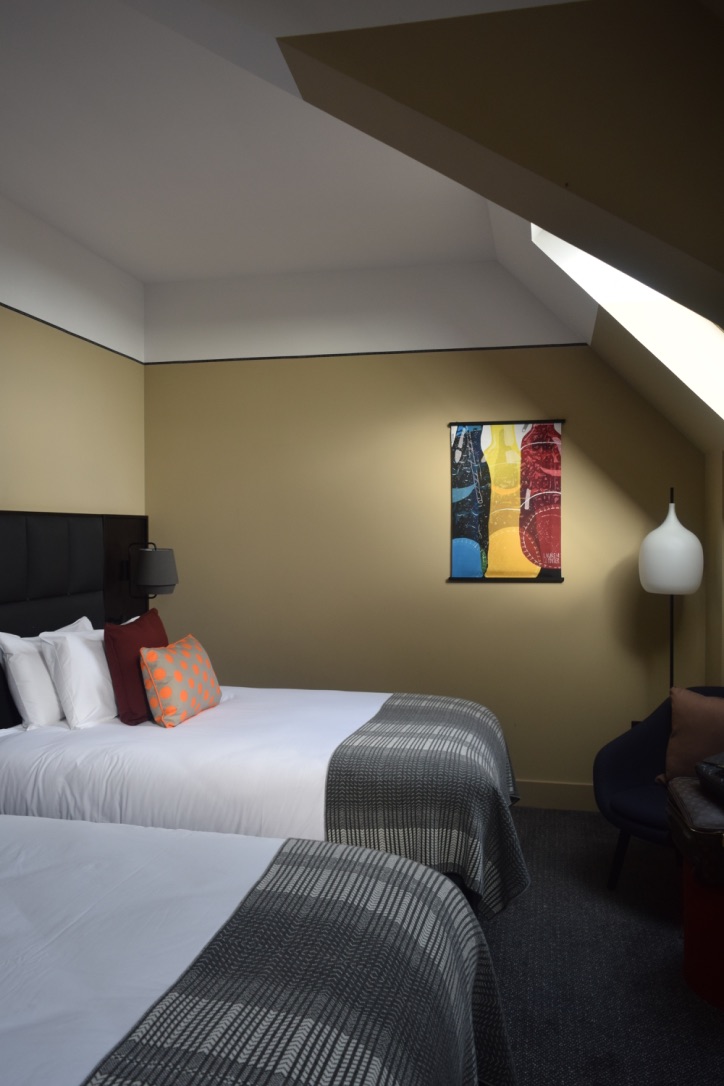 After a heavenly night’s sleep in their Hypnos beds (which were unbelievably comfy!) we were more than ready for breakfast in the stunning Daisy Tasker restaurant.

Named after a former mill-worker, who organised socials for the mill, the restaurant is an absolutely stunning spot, which has the most perfect industrial-chic vibes. It’s also been awarded 2 AA Rosettes – so you know it’s great! 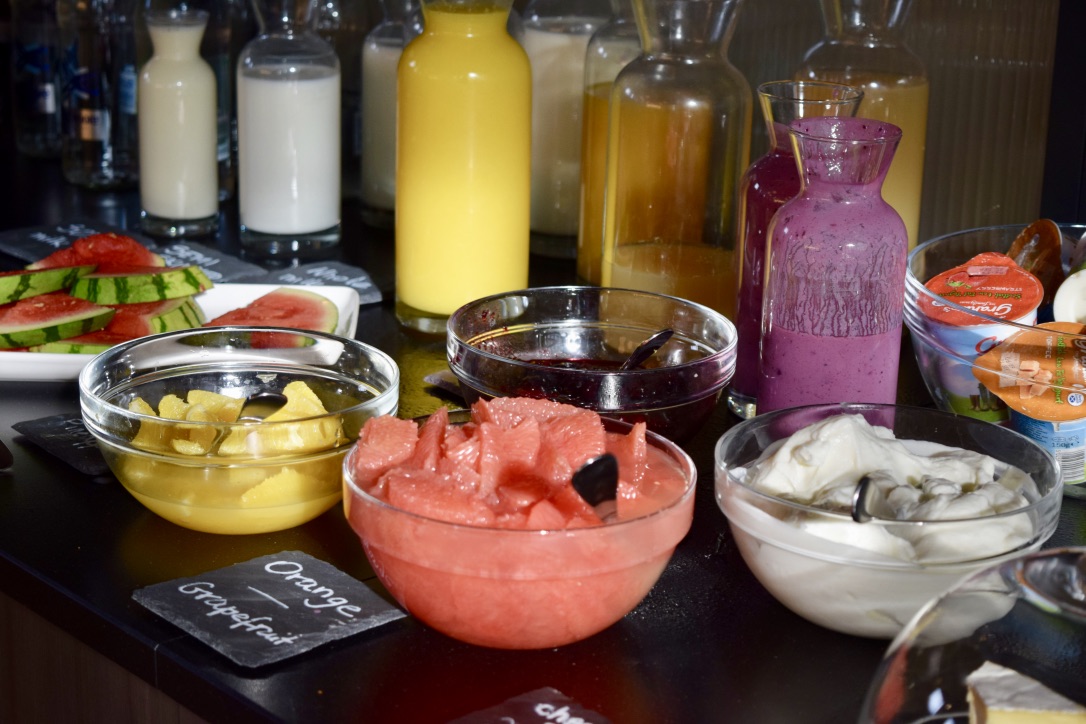 You can choose from a seriously generous buffet, and/or a hot menu. Since I’m not the biggest breakfast fan, I stuck to yoghurt and seeds, but I saw quite a few hot dishes which looked and smelled absolutely sublime!

You can book a night at Hotel Indigo Dundee directly here