Over the past few years, I’ve been lucky enough to spend some one-on-one time with a couple of the world’s best dermatologists, and as a rule, each one of them told me not to start injectables until I turned 30. Even preventative measures were forbidden until the big 3-0, and I was told to focus on exfoliation and hydration until then.

I turned 30 in June, and although the trumpets didn’t exactly signal it was time for injectables, I did receive an email a few weeks back inviting me to try a round of Profhilo injections in the fabulous Beyond MediSpa in Edinburgh’s Harvey Nichols. The timing couldn’t have been better – and honestly, I think I was on booking my appointment within a few minutes.

Profhilo is a relatively new treatment to hit the UK, and Harvey Nichols’ Beyond MediSpa is one of the only spots in the city where you can find the treatment. Administered by Dr. Kerri Lee Clark, you’re in safe hands – she’s also an Uber-cosmetic dentist and facial aesthetician as well as being incredibly friendly.

If you’ve got skin which is a little more mature, loose or lacking in firmness, Profhilo over time can work to tighten and smooth skin. Ideally it’s used for making you look like yourself, but a little better. The injections are administered over two visits, and two weeks after your second round is when the magic starts to kick in.

I went in for my first round of injections in July, and prior to visiting, was a touch nervous. Apart from a touch of filler in a chickenpox scar 10 years ago, I’ve not dabbled in filler, and I was warned that Profhilo is one of the more painful injectables to have. Honestly, I needn’t have worried – once I was sitting in the plush treatment room with my face cleansed and armed with a vibrating facial bar (so your nerves don’t know what’s vibration and what’s injection) I was good to go. 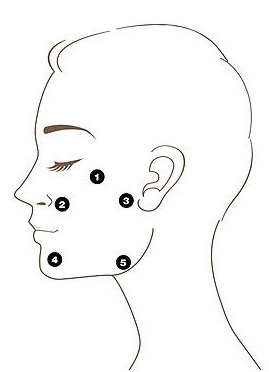 The injections are focused around your chin and cheek – two areas which are the biggest age signifiers on the face, and honestly, the only injections which felt like a pinch were on my chin (a strong 3/10). The whole treatment was over in less than half an hour, and I left with nothing more than a couple of bumps which disappeared in the following 24 hours.

Since Profhilo is made up from pure Hyaluronic Acid, it works to hydrate skin and encourage the production of the highest quality of collagen in the skin. Unlike fillers, the injections don’t leave areas puffy or filled. Instead, in the weeks after, I noticed my skin becoming smoother and better hydrated. It’s basically ensured weeks of really great skin days!

I’ve got a post all about my results, but if you’re keen to book, you can find out more about Profhilo injections at Harvey Nichols Edinburgh’s Beyond MediSpa here. A set of two treatments (recommended) is priced at £475 – thank you so much to Beyond MediSpa for allowing me to review the treatment.