Edinburgh’s Lothian Road BrewDog location has been on my must-try list for a while. Whenever you zoom past, it’s always absolutely packed, and on dark nights, the neon and the crowds always looks like a good evening guaranteed. So, last week, on possibly Scotland’s rainiest night, we headed over to try out the new partnership between BrewDog and Temple of Seitan (one of London’s hottest vegan fast food spots). 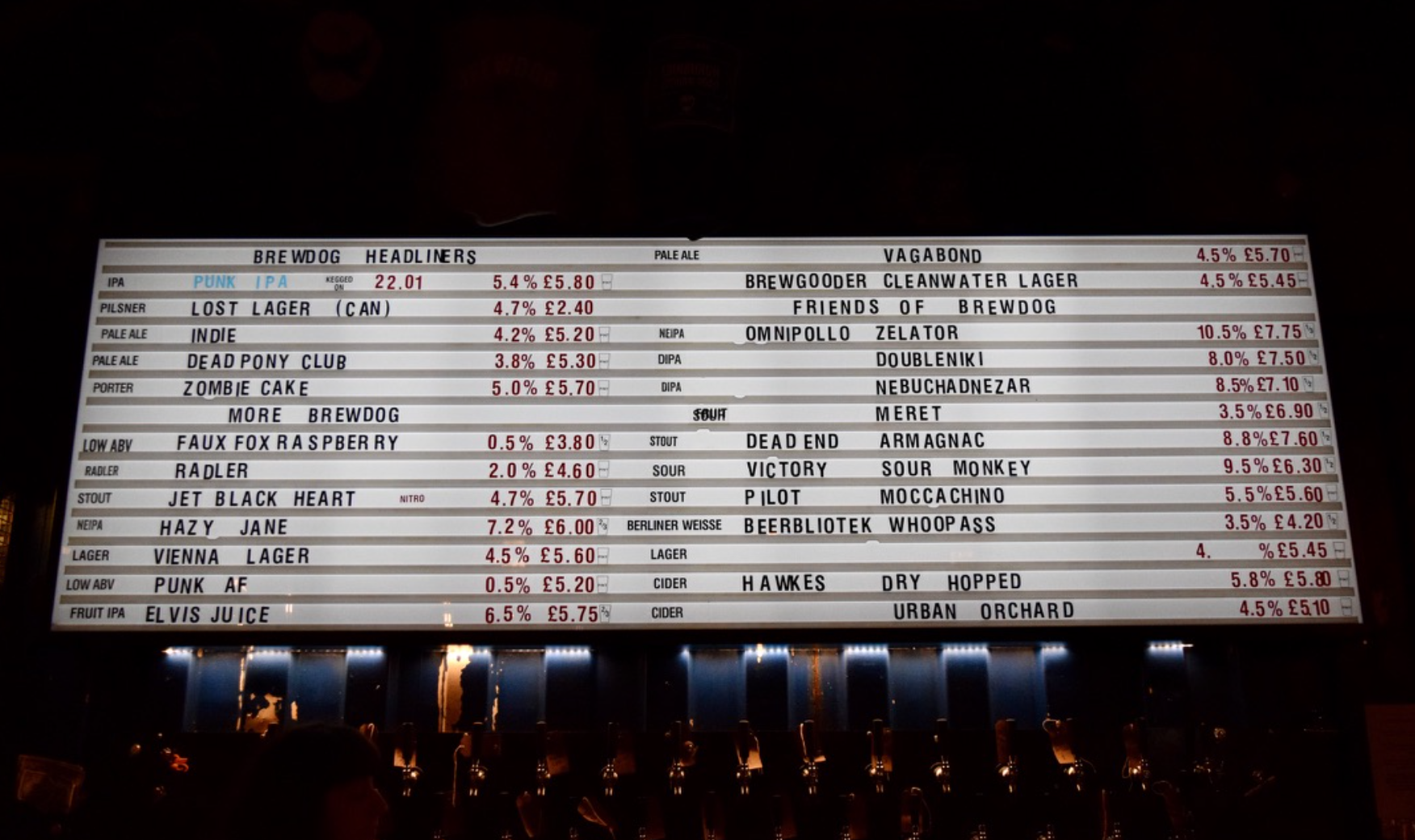 Despite the grim weather, the Lothian Road branch was absolutely buzzing with people – there were groups of post-work drinking buddings, hen parties, friends and dates all nestled in cozy booths and shared tables.

As we waited for our booth to clear, it was the perfect excuse to explore a little – I had no idea that the restaurant was so big, and that the brand even sell merch and beers to go. Perfect for those hard-to-please foodies!

BrewDog Lothian Road is also completely dog friendly – so we got make friends at the bar!

Since we were absolutely starving, we couldn’t resist sharing a platter of Temple of Seitan chick’n wings, which came smothered in a hot sauce & syrup glaze with a vegan mayo dip. I’d never tried seitan before, and it’s probably the closest to chicken meat alternative that I’ve tried. Rather than feeling bouncy like tofu can, seitan is made from gluten, and has a denser texture which really does feel quite meaty. As someone who doesn’t like to fiddle around with bones, the seitan is the perfect alternative! 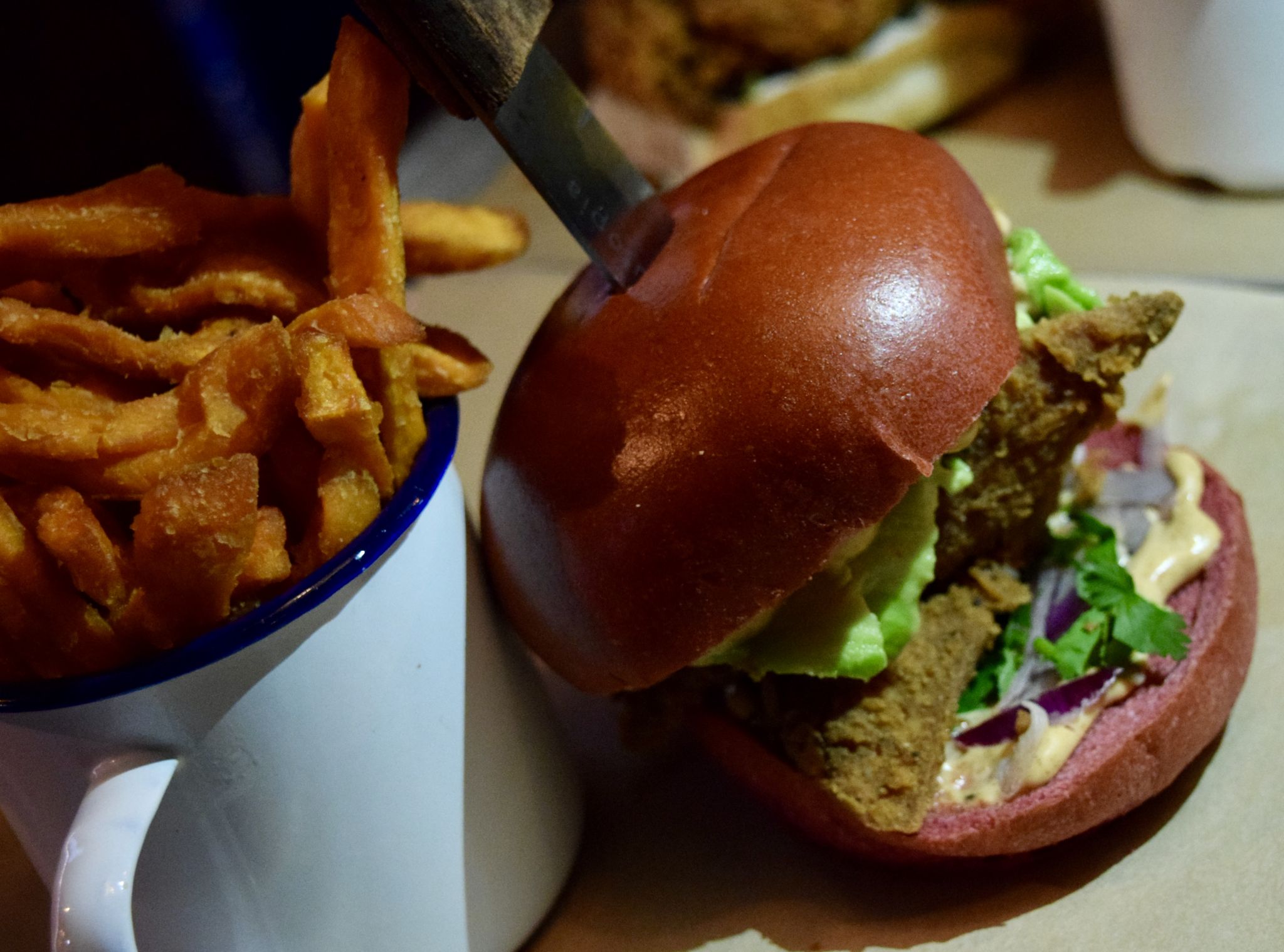 As well as platters of delicious wings, BrewDog is serving up a number of Temple of Seitan burgers. I went for the Clucky this Time (£10) with southern fried seitan, avocado, red onion, cajun mayo & coriander in a sesame and poppy seeded brioche bun. 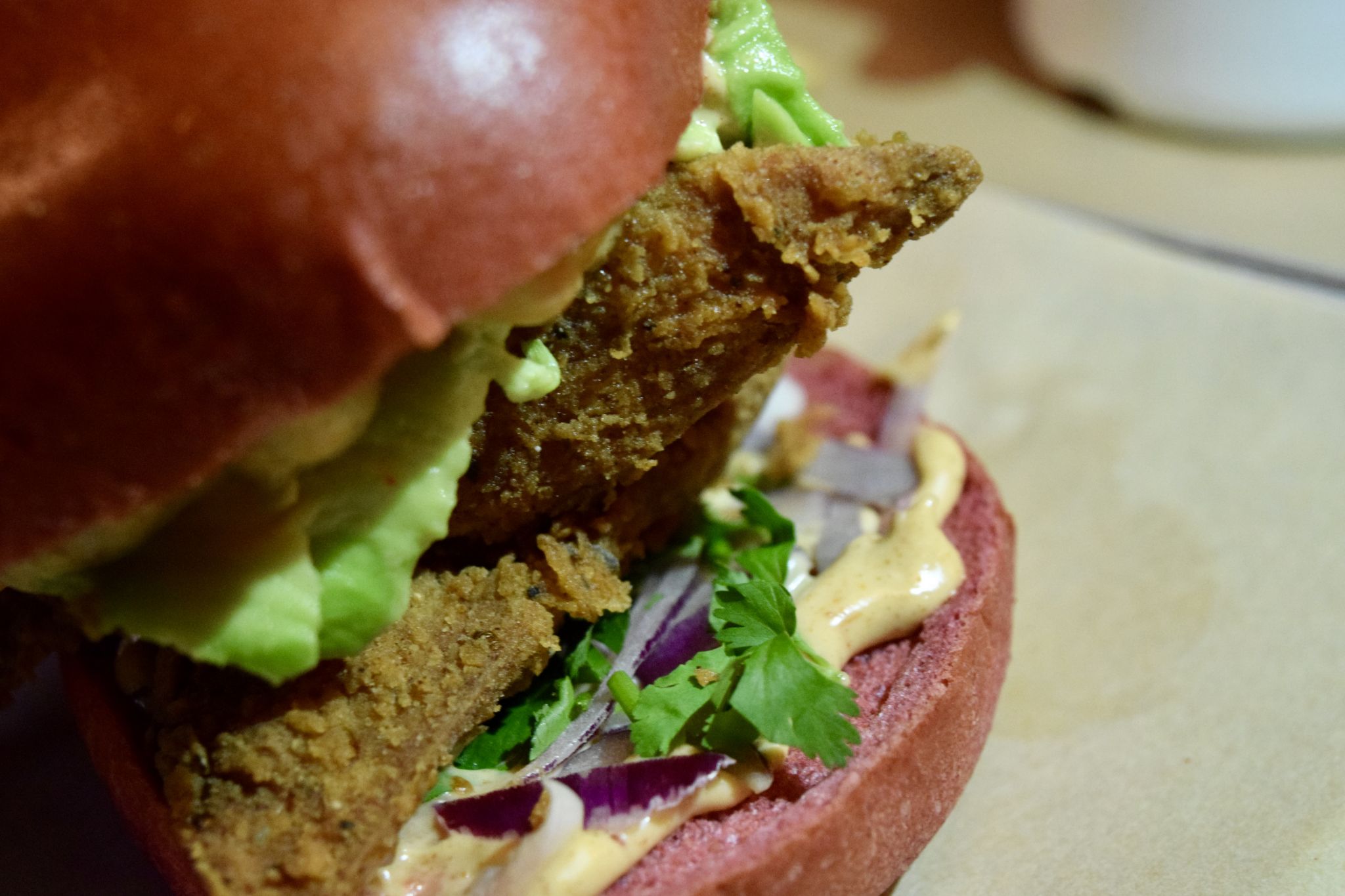 The perfect mix of spicy and flavourful, this was one of those dishes which you would swear blind had meat in it. I loved the creamy slices of avocado as well as the punchy mayo, and beetroot brioche bun.

We also ordered a portion of macaroni ‘n’ cheese (£4.50) and I opted to enjoy Sweet Potato fries which were delish! 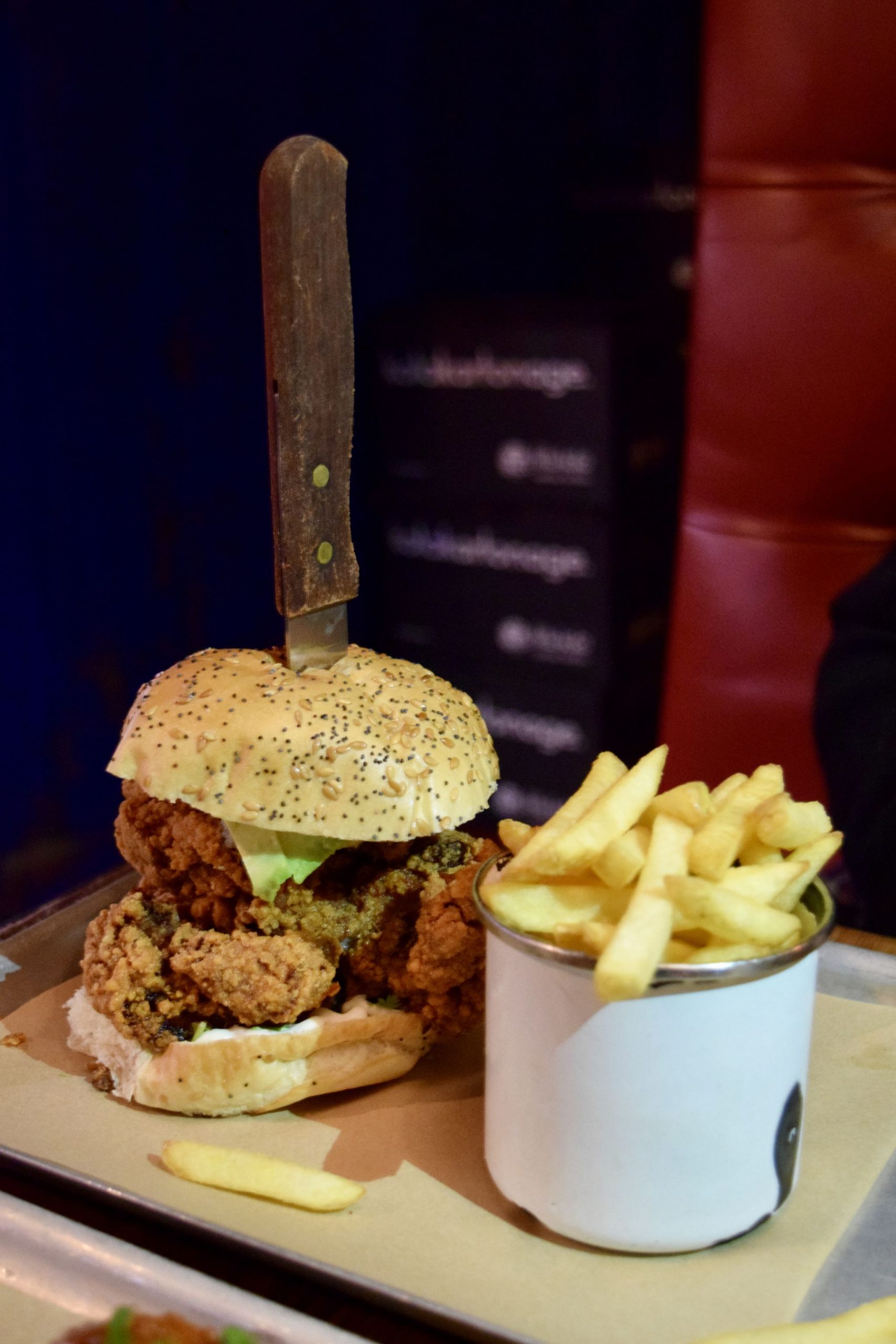 In the interests of science, we ordered a Cluck Norris (£10.50). Piled high with buttermilk fried chicken, avocado, red onion, cajun mayo & coriander in a sesame and poppy seeded brioche bun, it was an equally delicious. The generous mound of chicken was super crisp on the outside and juicy on the inside.

The partnership between BrewDog and Temple of Seitan feels pitch-perfect, and if you’re in the mood for some vegan fast food in Edinburgh City Centre – you know where to go!