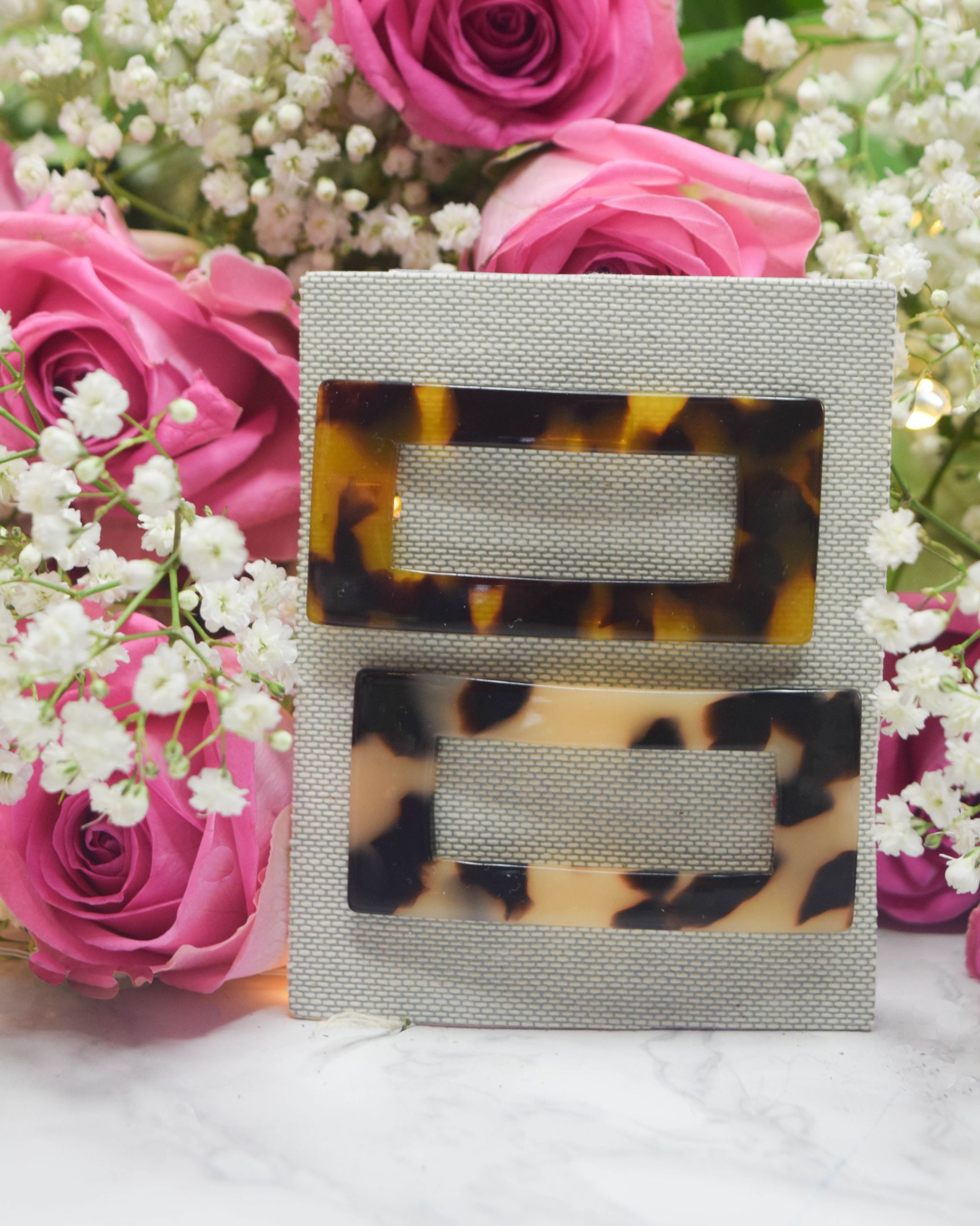 Ok, so it’s true – I can get ludicrously excited about hair clips. I’ve literally got a bag full of them, and I couldn’t be happier about barrettes having a bit of a moment. They’re a seriously easy way to look like you’ve put a whole lot more effort into your outfit than you actually have, and they make a hasty ponytail look chic and intentional. I’m loving these square tortoiseshell clips from Anthropologie. They feel a bit more grown-up than the average clip, and they can be worn singularly or together, depending on how much of an impact you’re looking to make.

Anthropologie Square Hair Clip Set is priced at £22 and is available here. 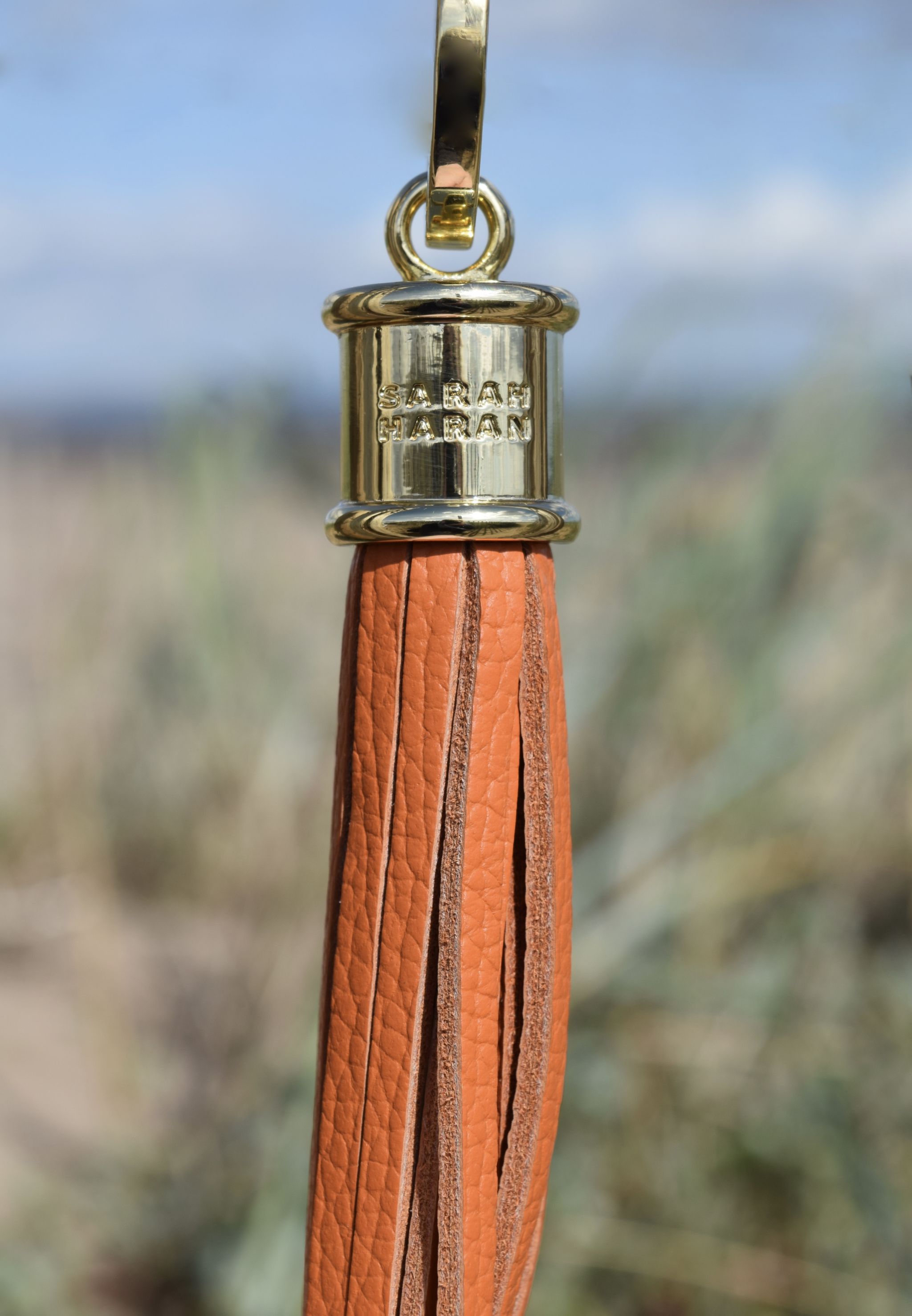 When it comes to buying luxury accessories – I’m not going to lie – I’m seriously picky. I’ll mull over a big purchase for months before pulling the trigger. So, a couple of months back, I was over the moon to get the opportunity to hear about and to meet Scottish luxury bad designer Sarah Haran. A former tech COO, Sarah Haran knows the needs of a modern working working, and the result is a line of accessories which are easy to wear, made of incredibly high quality leathers, can fit everything you need for a busy work schedule, and most importantly look incredible. 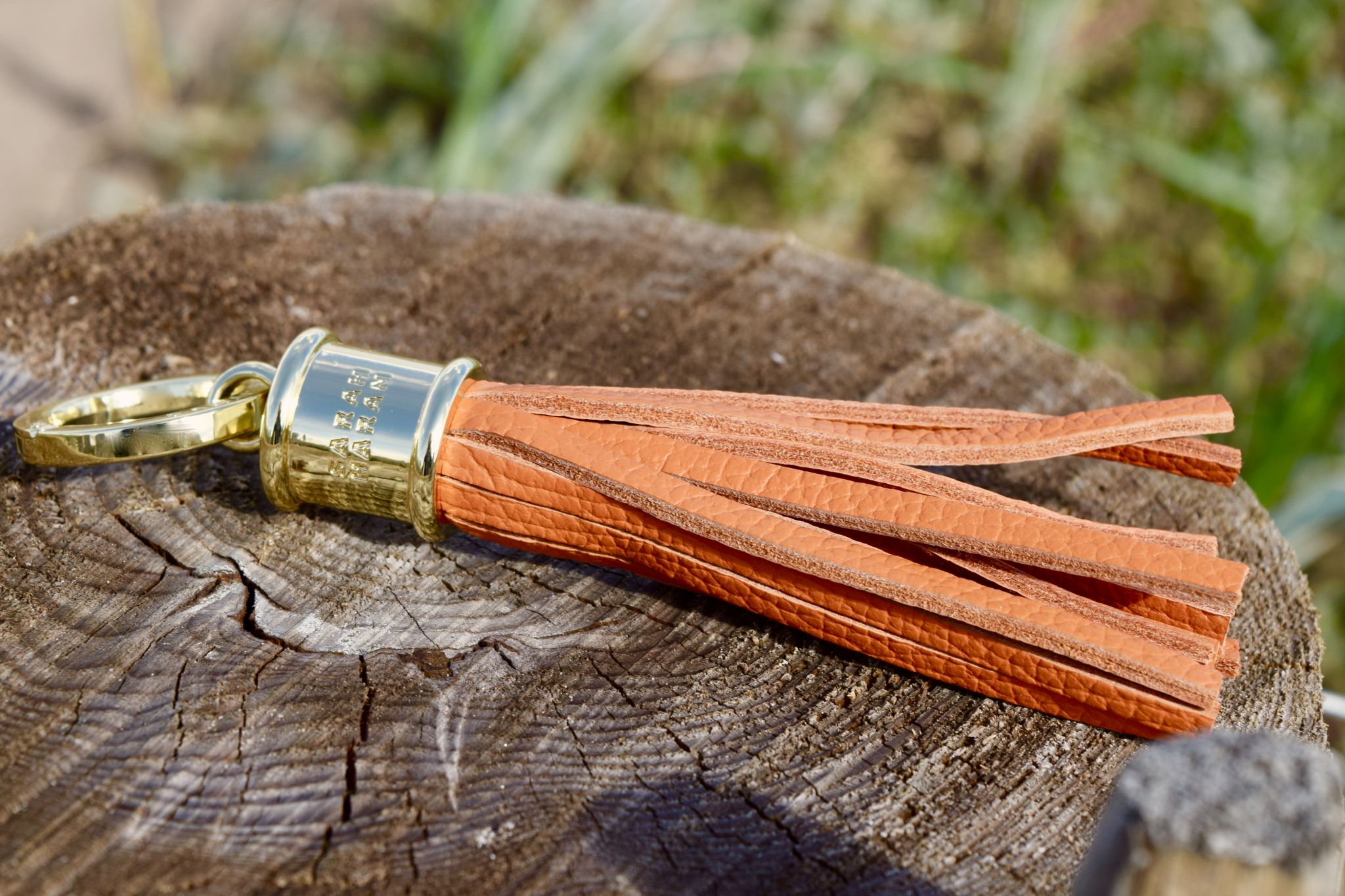 With handbags which can fit a laptop with ease, and pink interiors so you can find exactly what you’re looking for, Sarah Haran bags truly are a must-have. I’ve been lusting after the Iris Saddlebag here, which is pretty much the perfect everyday purse. At the event, were were very kindly gifted with the opportunity to pick one of the brands stunning Leather Tassel Keyrings. Available in a choice of gold or silver hardware, and in a whole rainbow of leathers, I couldn’t resist this tangerine number! It’s the perfect pop of colour for autumn, and I love it clipped onto a casual bag to add a bit of sass! 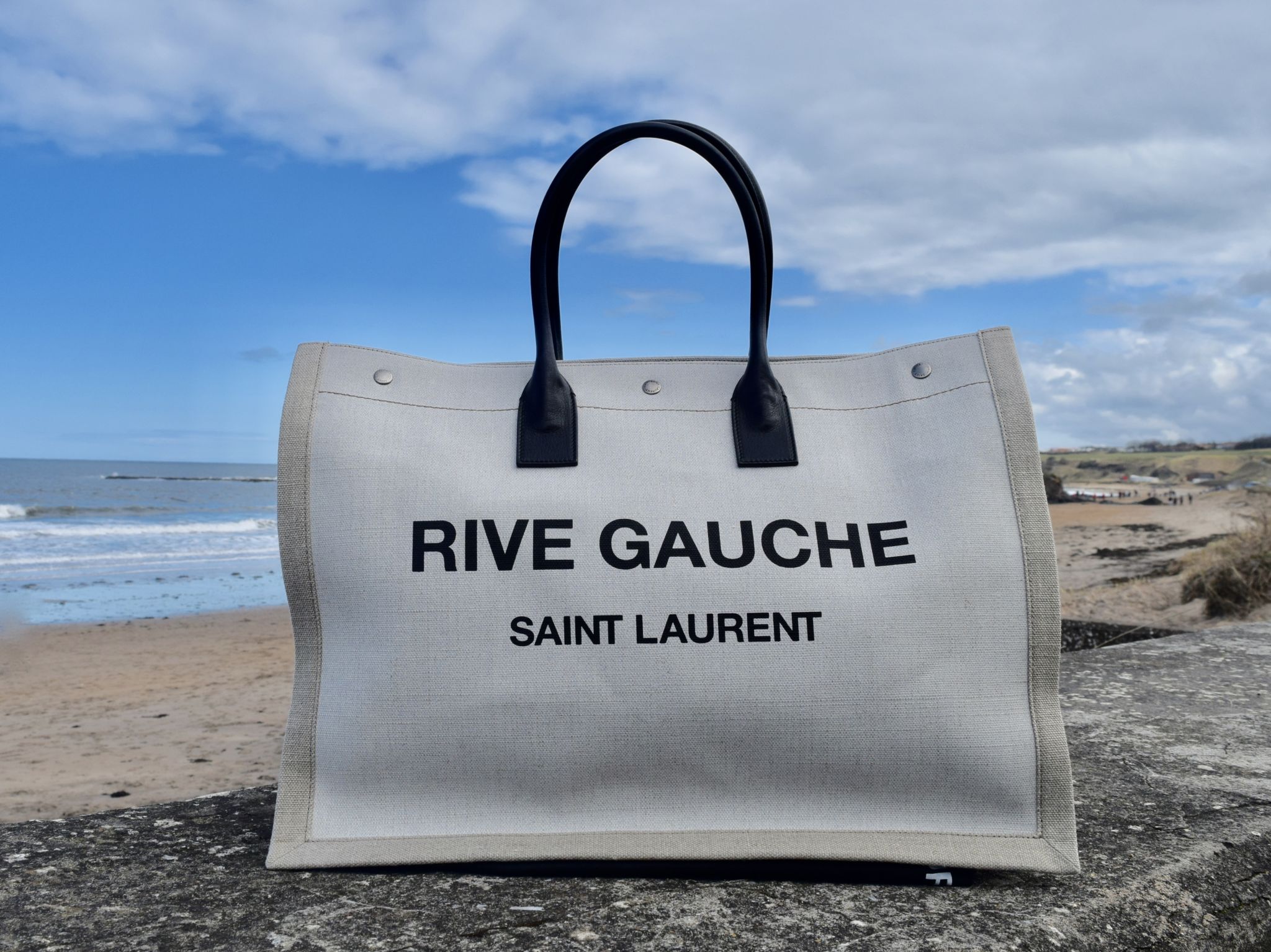 When it comes to designer purchases, I have a tendency to stick to the classics. If it’s black leather with gold hardware, I’m all over it. I’ve tried to stick to the iconic shapes, and it means I’ve developed a bit of a uniform. Is it black? Is it plain? Then I’ll probably love it. 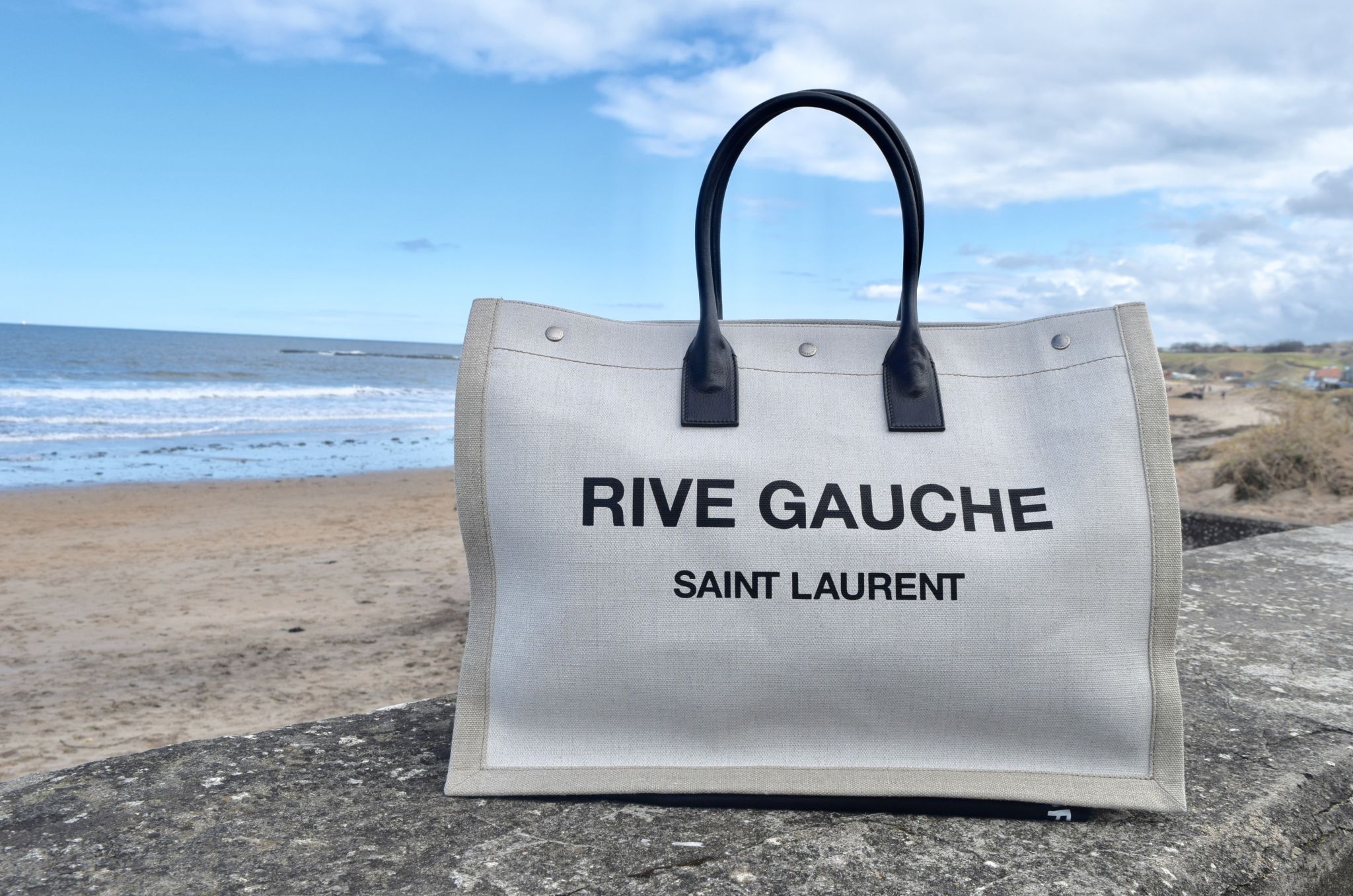 But, when I caught sight of Saint Laurent’s new Rive Gauche Beach Tote, it’s fair to say that I fell truly and utterly in love. It’s flashier than my usual picks (you can’t exactly miss the logo here) but the use of neutral canvas (kind of) cancels out the glitz. 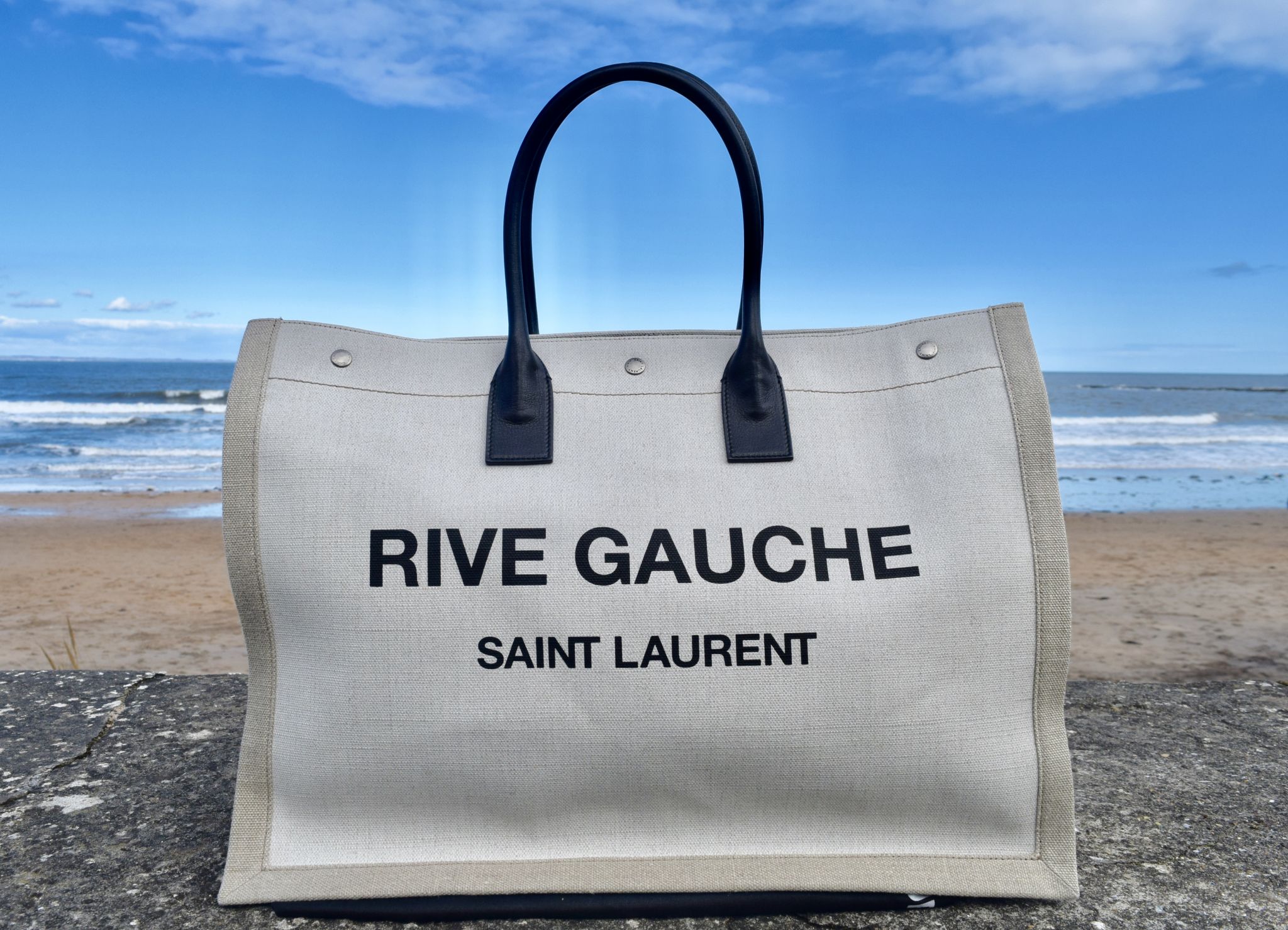 The bag is also incredibly practical – it’s big enough for all your beach paraphernalia, and I think it makes the perfect Sunday tote. There is an interior zip pocket, so you can pop your keys and phone in there, without fearing they’ll get lost in the depths of the bag. The black leather handles also keep the tote looking slick, so it will look as good with jeans and a shirt as it will with a coverup. 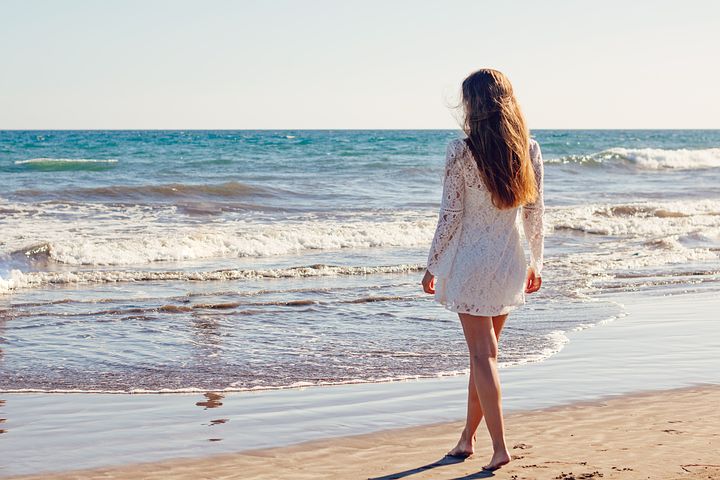 Even though it’s been snowing, pretty much constantly, since last night. I can’t help but look forward to summer. For the past few months, I’ve done nothing but dream about powdery white sand and warm azure waters. Is it a result of working pretty much non-stop? Probably, but that doesn’t mean that planning my summer ’18 wardrobe is any less fun! 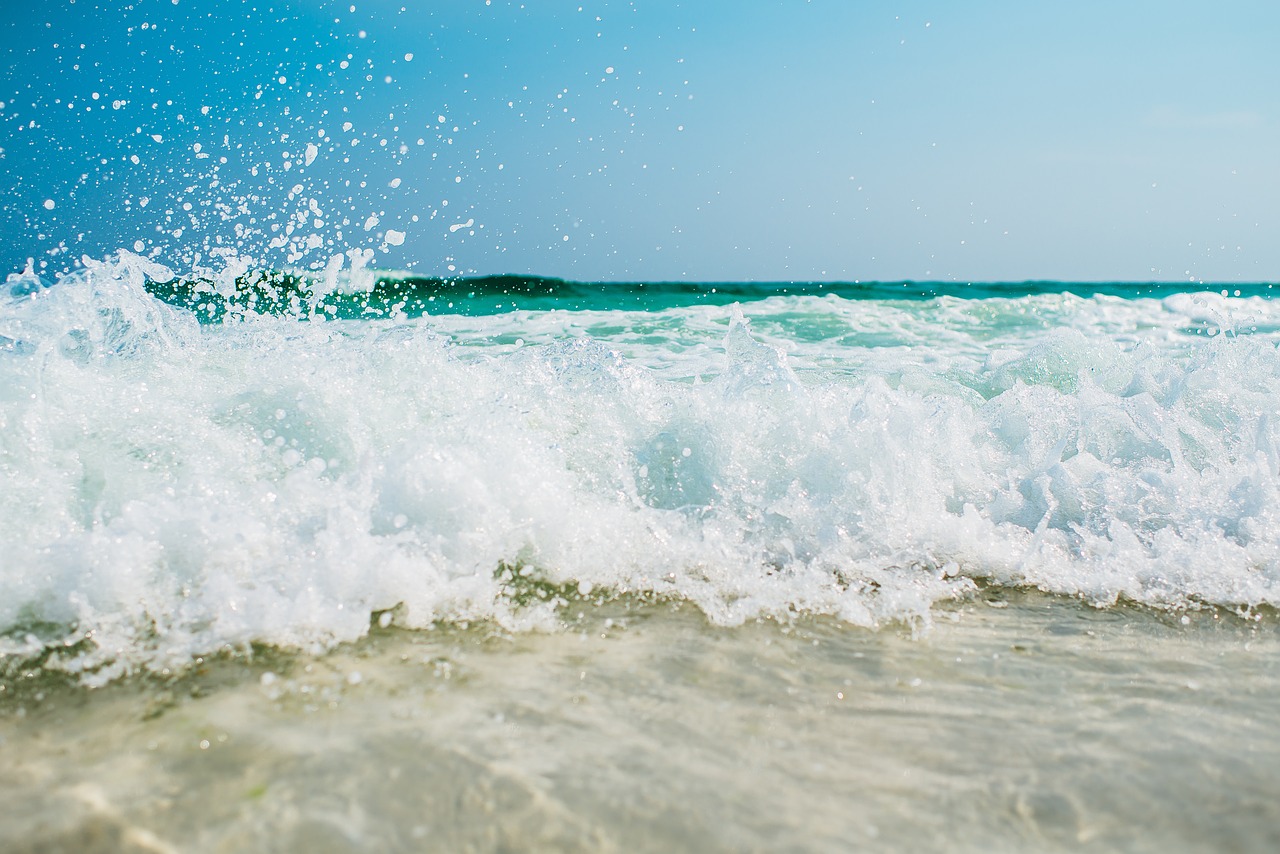 One of my favourite parts of summer shopping has to be beachwear. Yes, heading out in public in nothing but a few strips of lycra is horrifying, but I can’t help but adore great swimwear. Bright colours and fun embellishments mean that I can abandon my regular black-heavy wardrobe at home, and enjoy some brights in the sunshine. 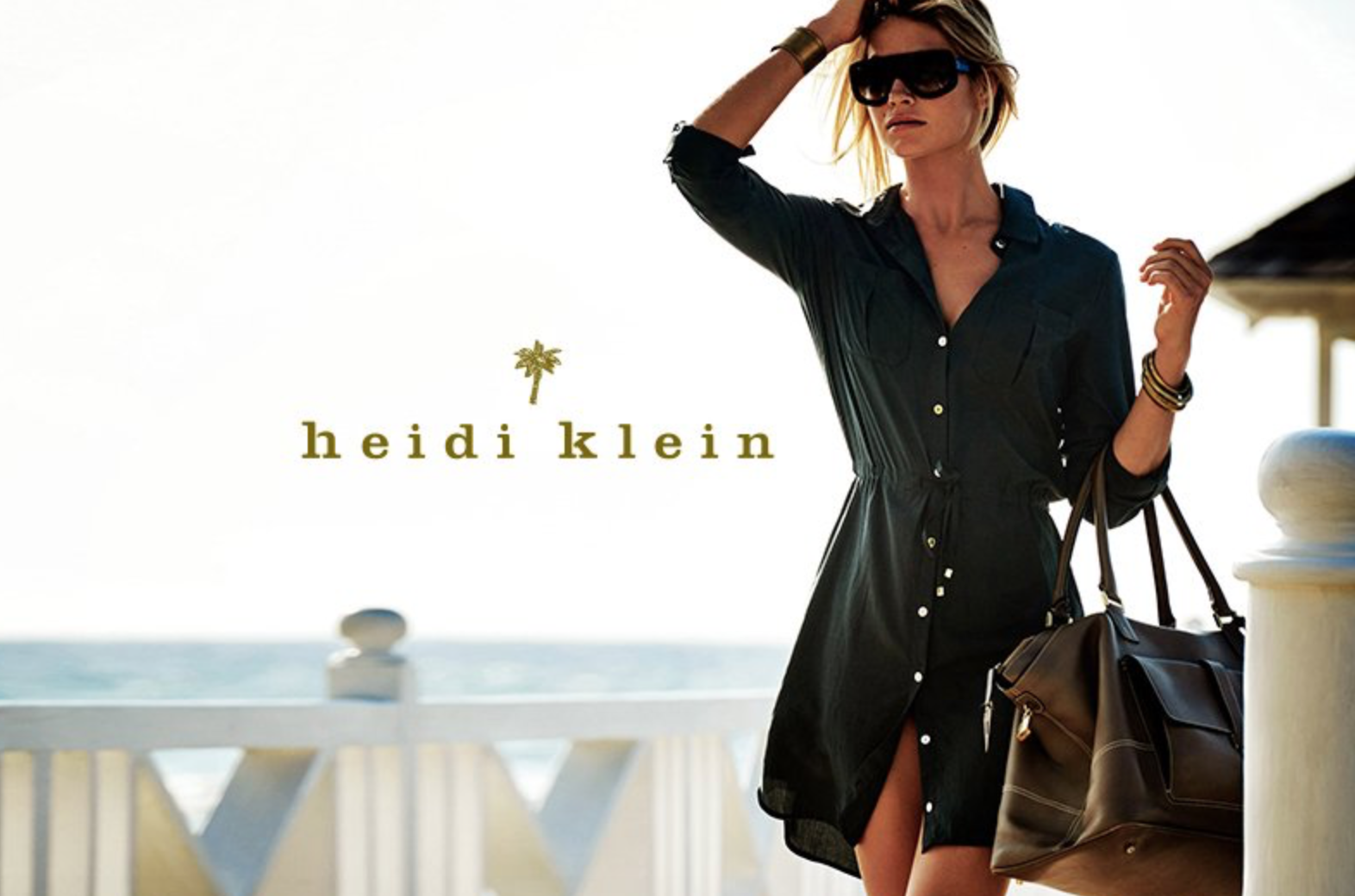 One of the best sites I’ve found in my quest for hot weather pieces has been Simply Beach. It’s a fabulous site which caters for all of your swim needs. No matter whether you’re after a basic which you can reach for all summer, or your after something that’s a little bit more of a statement, Simply Beach is sure to have something that fits the bill. 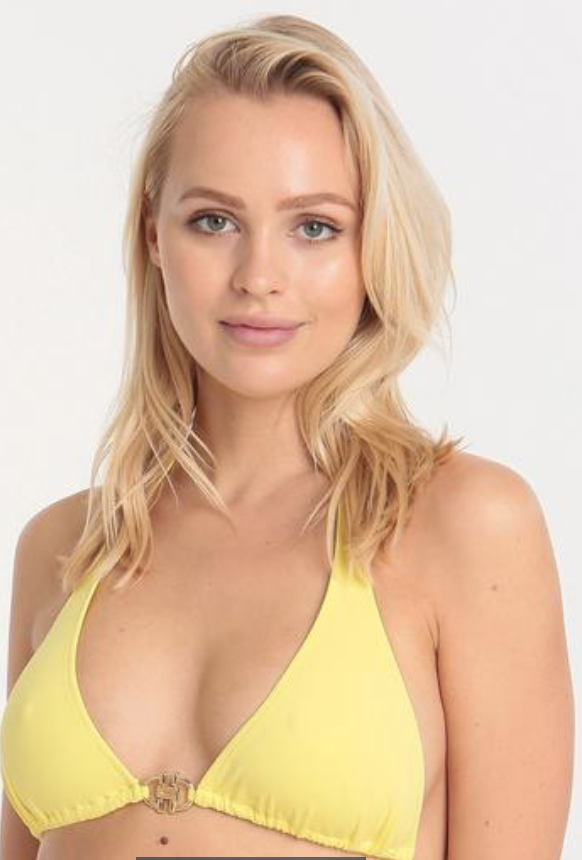 I’m obsessed with the list of brands they stock – from Heidi Klein to Vix, there is a style and designer for every budget or occasion. I’ve been seriously crushing on this zesty bikini from celeb-favourite Melissa Odabash. The fresh lemon colour will look absolutely incredible with a tan, and the understand gold embellishment adds some much needed poolside glamour. 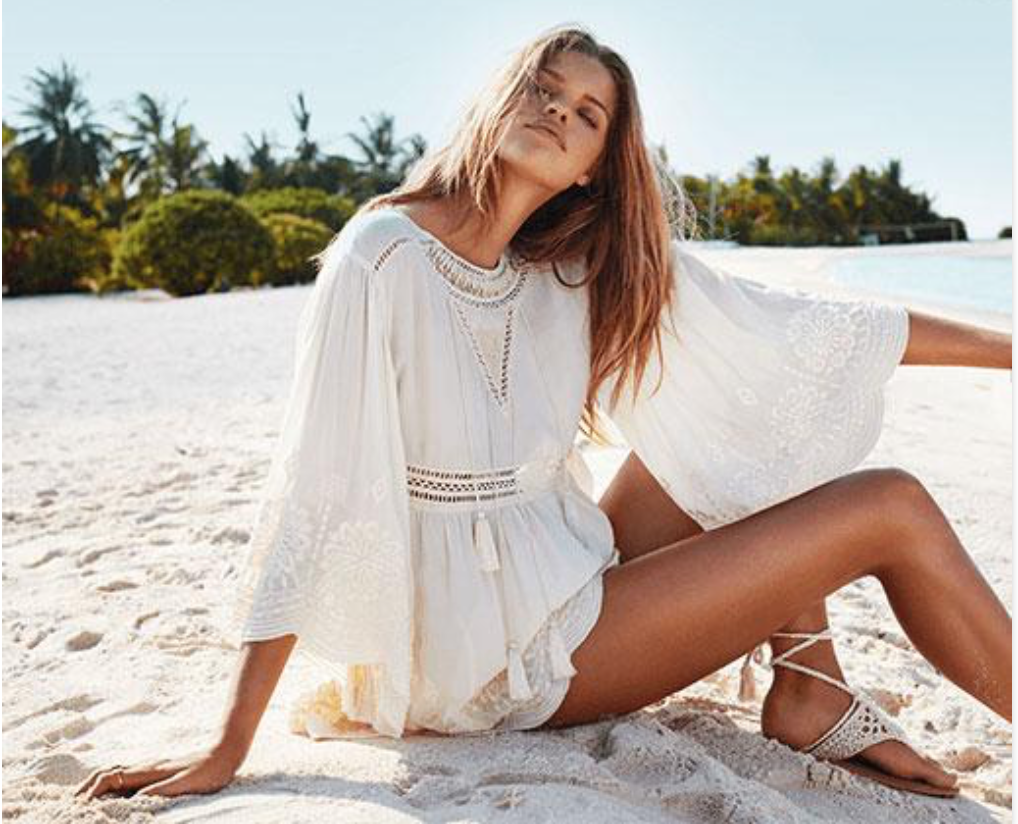 Of course, your poolside fashion is only as good as your coverup, and thankfully, Simply Beach have the kaftans collection of my dreams! From hippy dippy to minimalist, the site has every kind of cover up you can ever begin to imagine.

When it comes to my pick of the kaftans, I’m not going to lie, I love a bit of variety. When I want to look polished and put together, I love an oversized shirtdress like the above Heidi Klein option. Paired with a pair of big sunglasses and an oversized beach tote, it’s an easy way to look chic, and it’s so easy to throw on in hot climates.

If you’re looking to keep your packing lightweight, make sure that your kaftan is a neutral colour which won’t compete with your bikini selections. This Beach Shirt from Iconique is a great ooption – priced at £75, it’s an investment, but it’s something you’ll be reaching for all summer long. I adore the mix of eyelet patterns, and the button up front – it’s a real wardrobe staple. 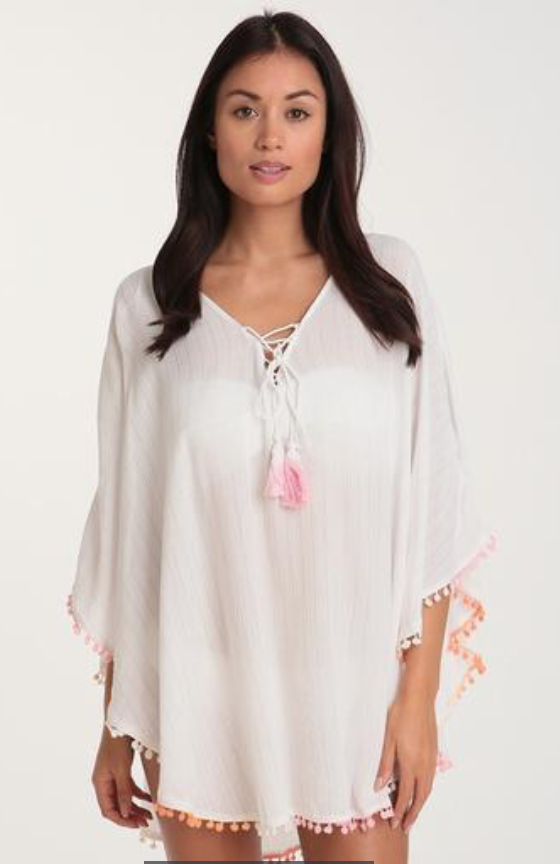 I’m also obsessed with this Pia Rossini number. Priced at £49, it’s a more affordable option, but it’s equally stunning. The ombre tassels morph from orange to pink, and I can only imagine how wonderful this would look with a tan in the sunshine. The front tassels feel youthful, and the fact that you can slip it on over your bikini is fabulous when you’re  out and about in hot temperatures. Again, worn with a pair of big sunglasses – it’s an easy way to look glamorous around the pool or on the beach!

No matter where (or when) you’re off to enjoy warmer climes, Simply Beach is a must visit for before you go!

*Thank you to Simply Beach for sponsoring this post* 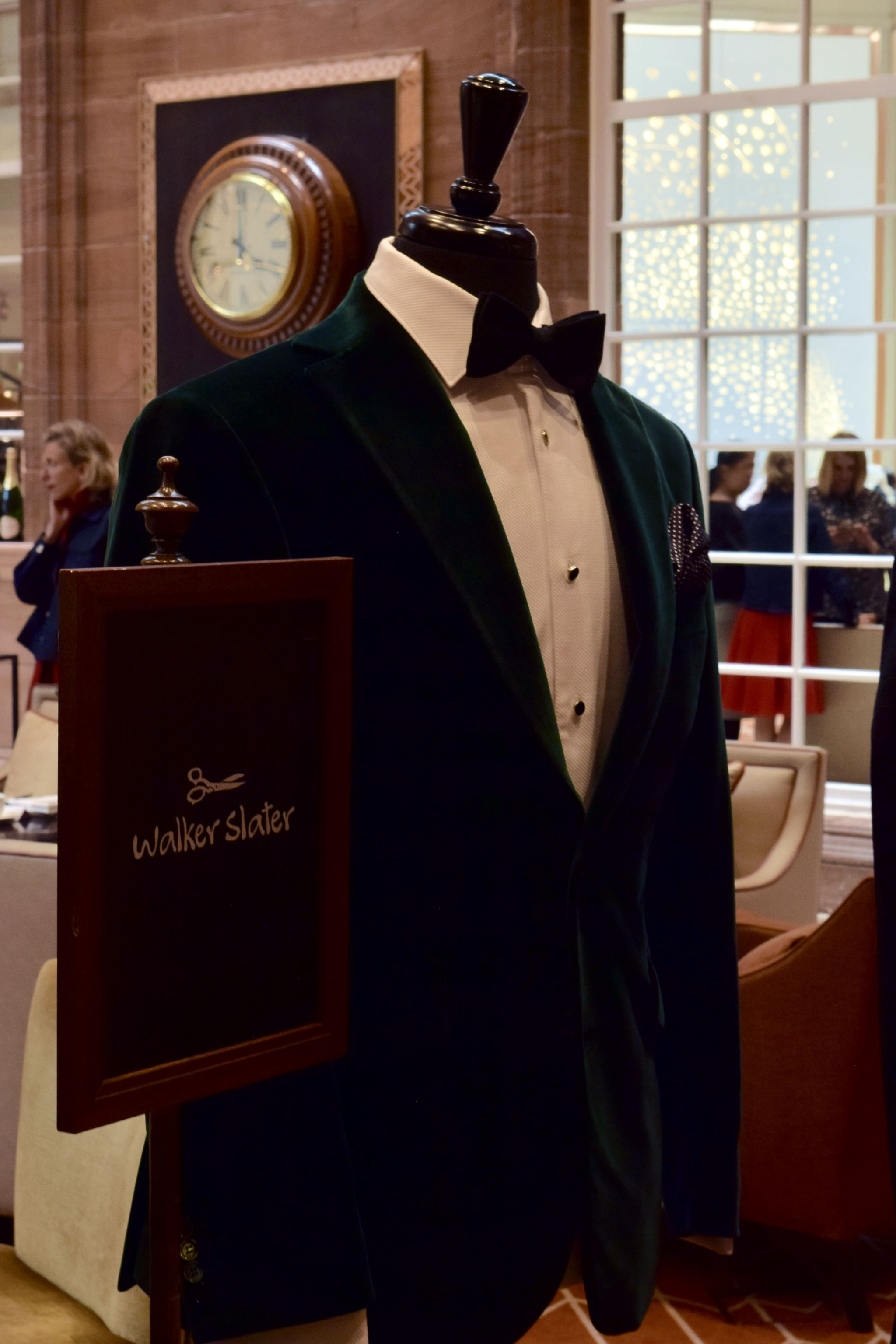 It’s hard to believe it’s been five years since the Waldorf Astoria group took over Edinburgh’s Caledonian Hotel, transforming it into one of the city’s most luxurious spots – so last week I popped through to join in with their celebrations. 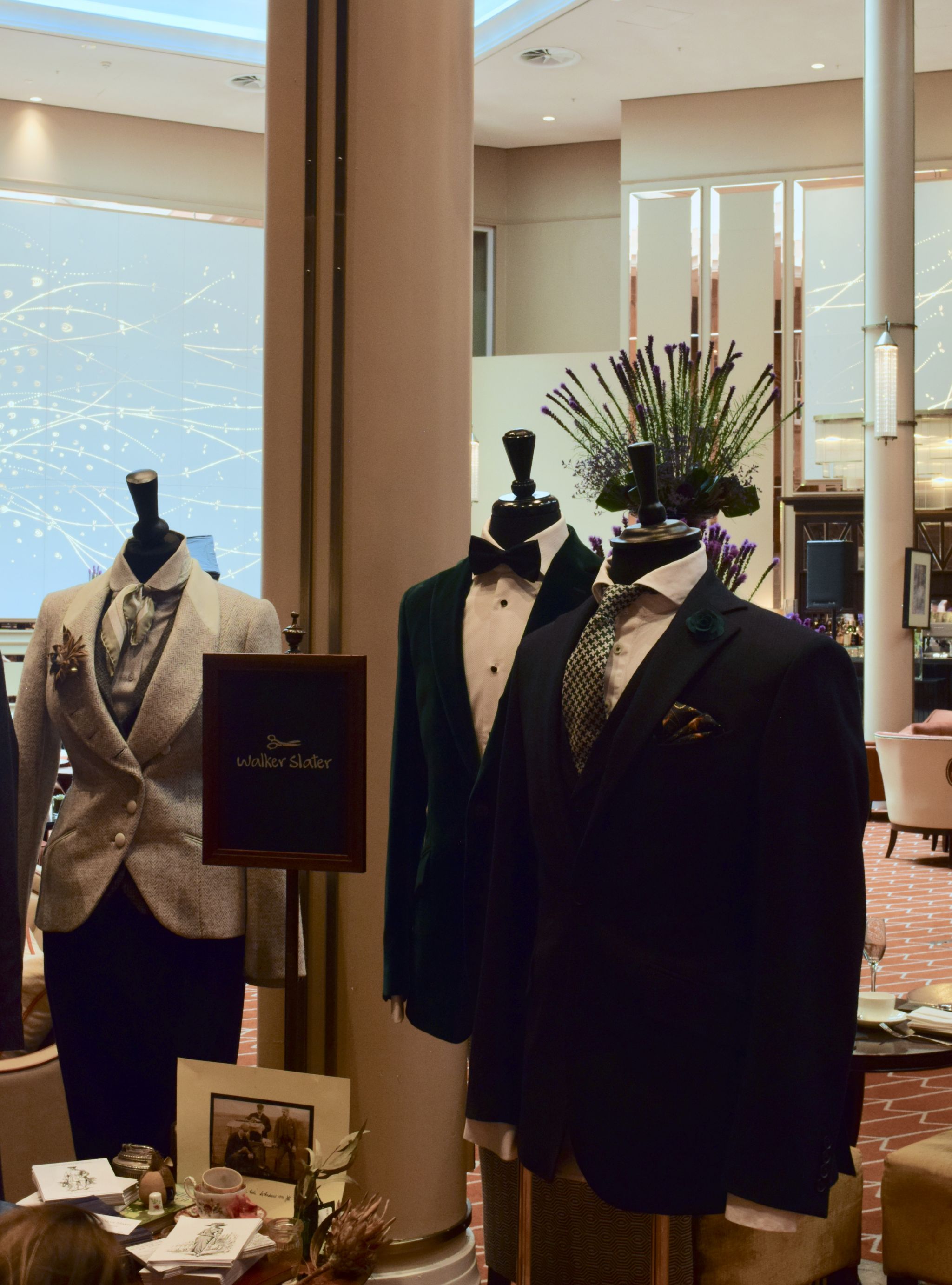 The Waldorf’s afternoon tea, served in the elegant Peacock Alley is something of a city institution. The hotel itself was formerly a train station, and Peacock Alley was the concourse! It’s a stunning space – all high ceilings and rust-coloured brickwork, and it provides the perfect setting for an indulgent afternoon. 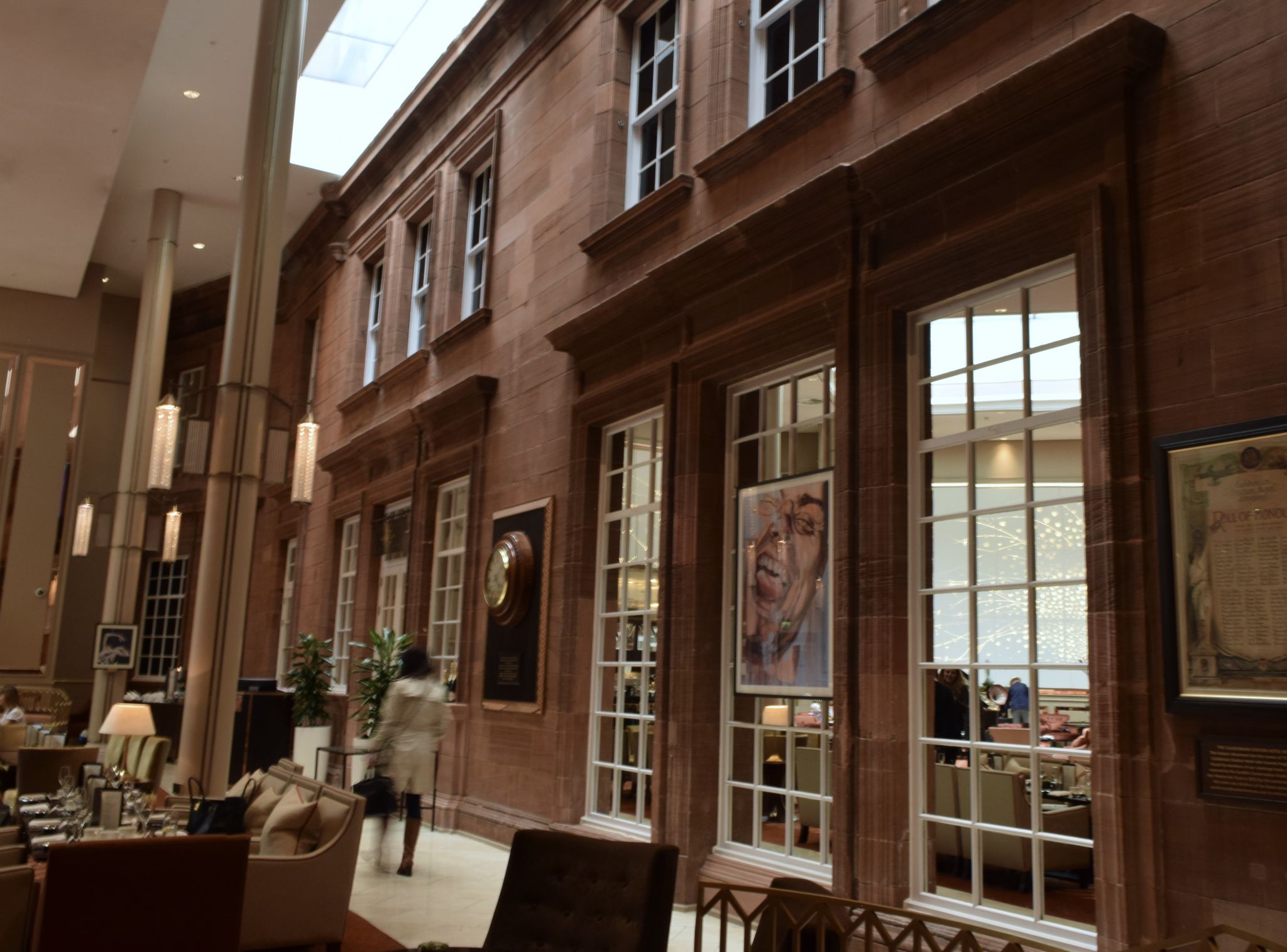 The name for the room comes from the hotel’s history – Edinburgh’s finest would visit the hotel, and would walk up and down the restaurant to show off their most fashionable outfits – their ‘peacocking’ became renowned, and the name stuck! 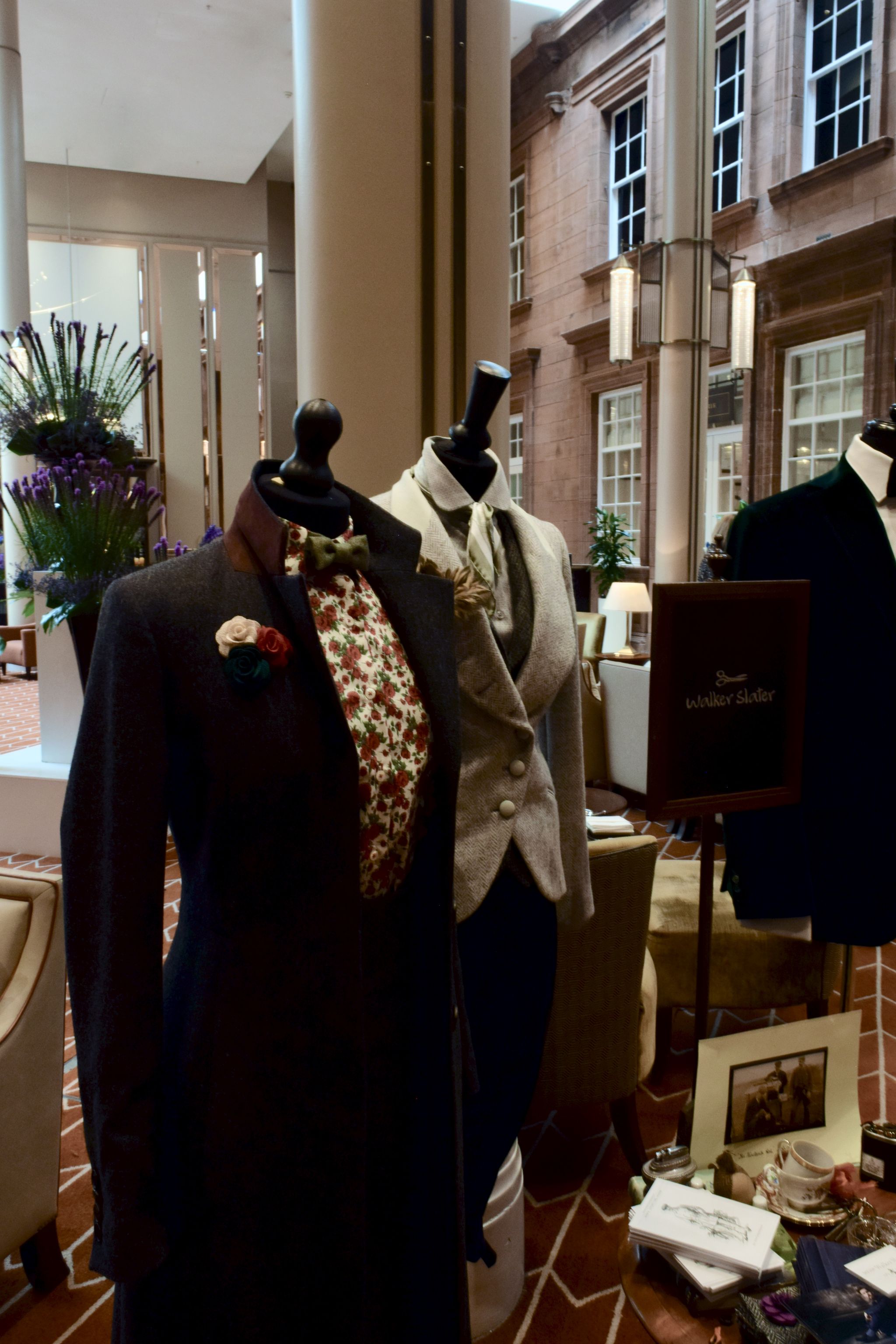 As part of the hotel’s birthday celebrations, there was a special take on their famous afternoon tea. Partnering with Edinburgh tailor Walker Slater, we were treated to fashion show between courses of afternoon tea, whilst Edinburgh Gin provided a twist to tea – with a special cocktail and gin-inspired treats. 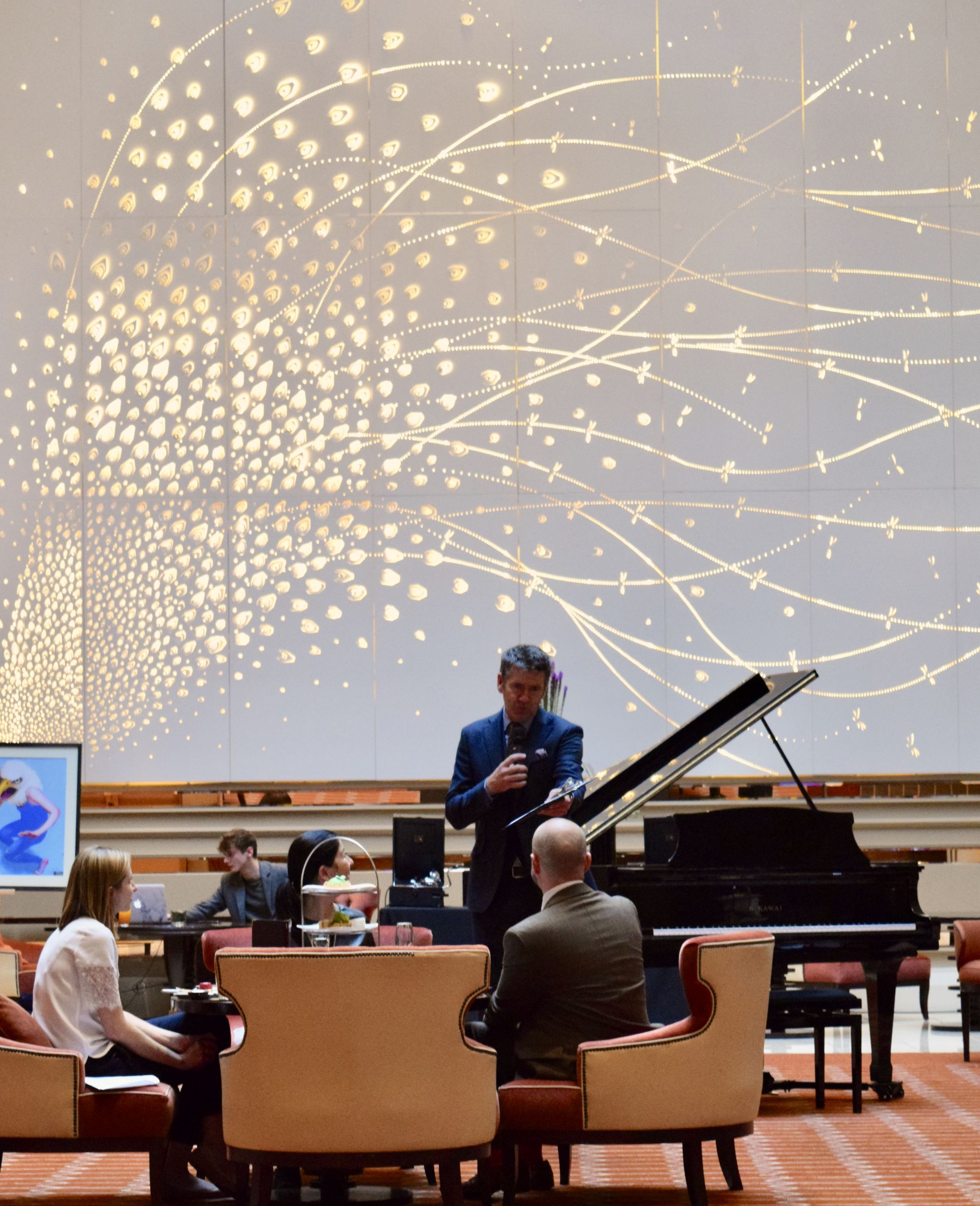 Presented by Dougie Vipond, the afternoon was one to remember! The fashion show was presented in two parts and I think it put everyone in the mood for autumn. Sumptuous velvets were paired with smart tweeds, and it was such a lovely introduction to such a fabulous Edinburgh brand, which I (mistakenly) thought mostly catered to gents.

The models sported suitably ‘Edinburgh’ windblown hair, and the outfits have already sent me scurrying around my cupboards, pulling out my tweed blazers with abandon!

It was such a lovely way to spend an afternoon! I haven’t had afternoon tea for eons, so this grown-up version was exactly what I needed to kick-start the weekend! We started with a citrus-y gin cocktail courtesy of Edinburgh Gin. Notes of orange and grapefruit worked together to make it supremely drinkable! 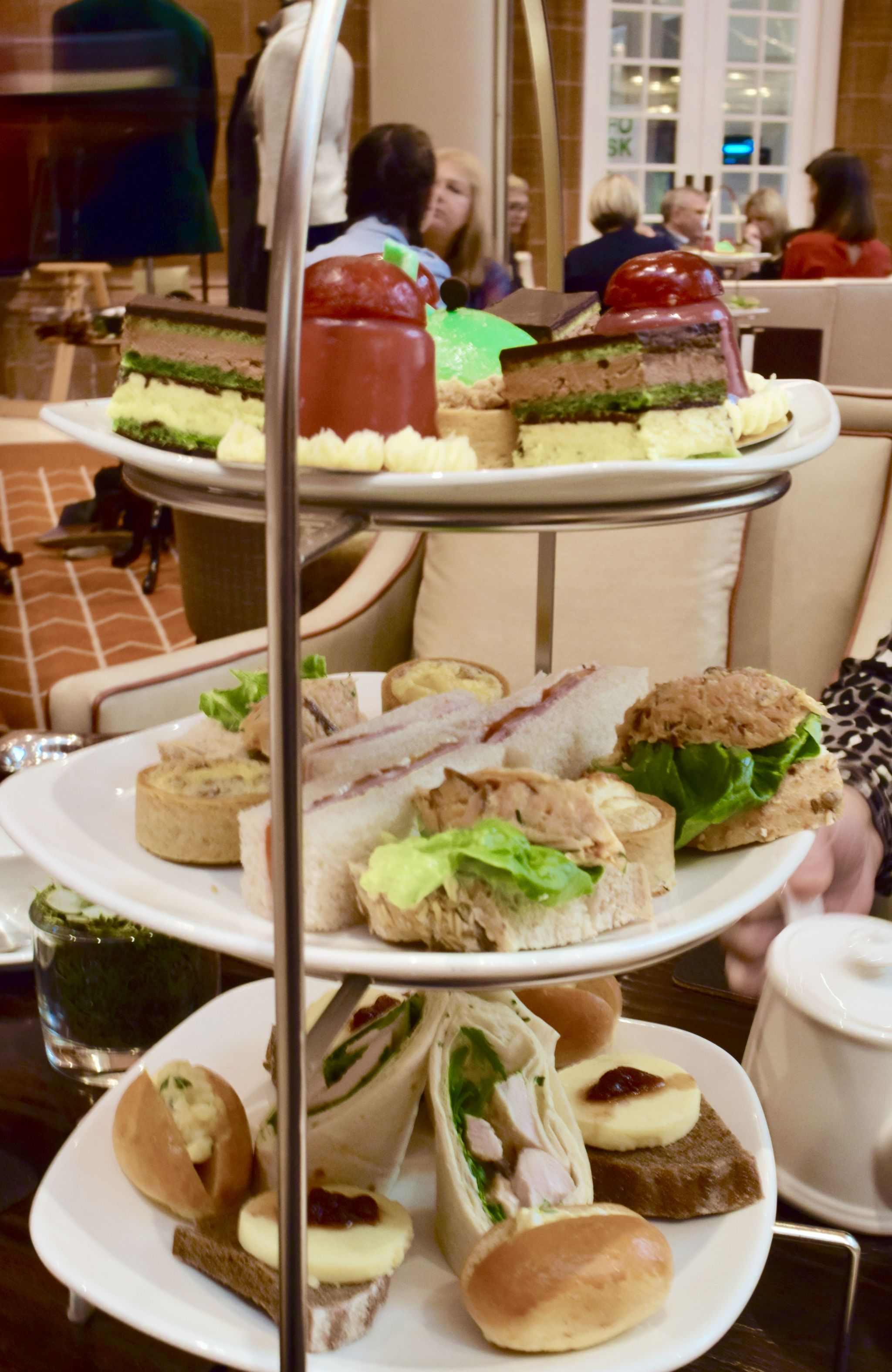 We were then presented with a tea menu to choose from – the Waldorf Astoria have over 40 teas and herbal infusions to choose from, so it took a while to decide! I opted for the Formosa Oolong Finest hailing from Taiwan. Light and refreshing, it was the perfect accompaniment to the goodies on offer!

We  were presented with the first layers of goodies – sandwiches, rolls, and the most perfect little quiches you can imagine! There was something for everyone – egg mayonnaise was served in buttery brioche rolls, whilst a rich cheddar was served as an open sandwich on rye bread. 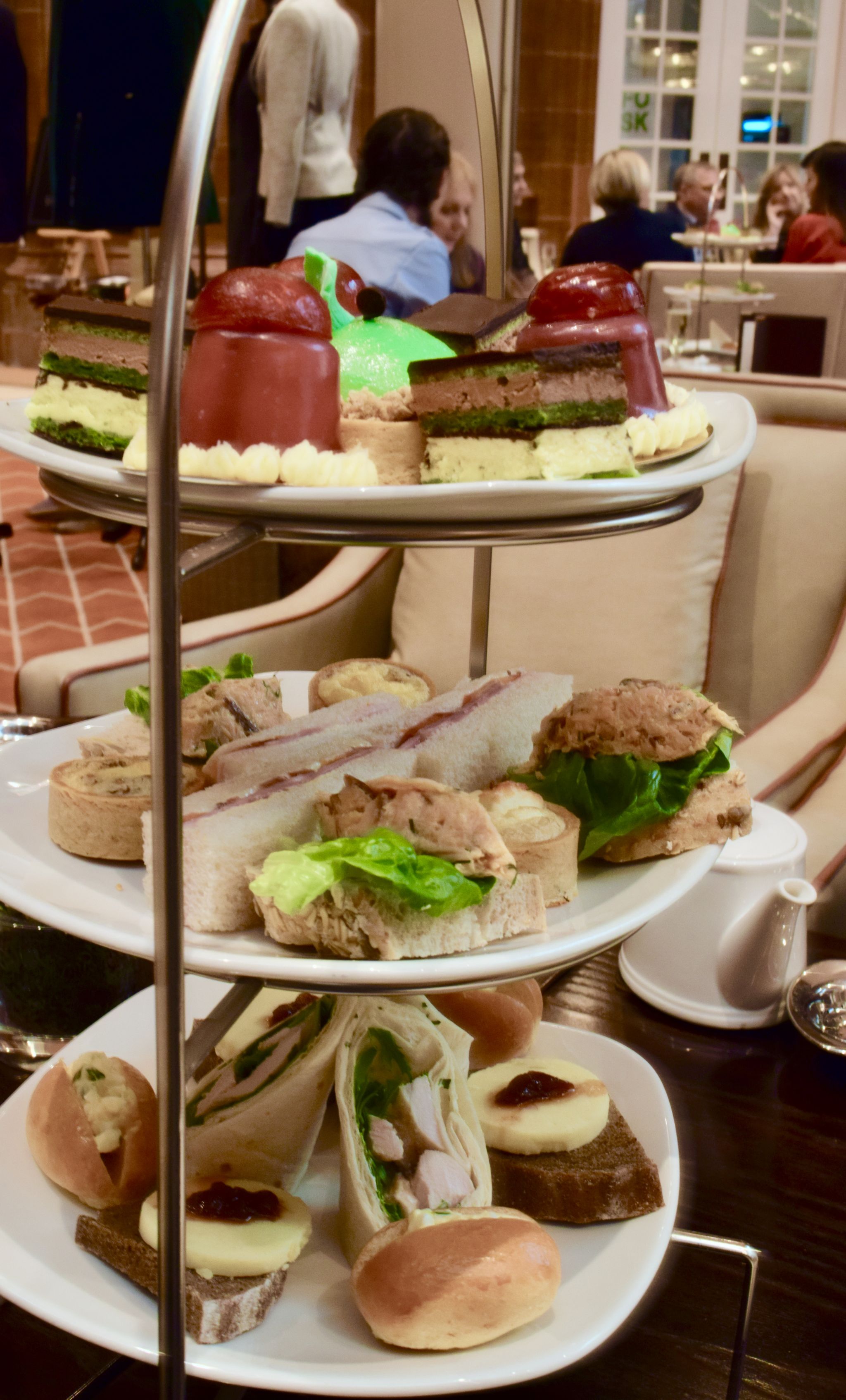 There were chicken wraps as well as ham and tomato on soft white bread, and perhaps my favourite was the smoked salmon mouse served on granary bread. 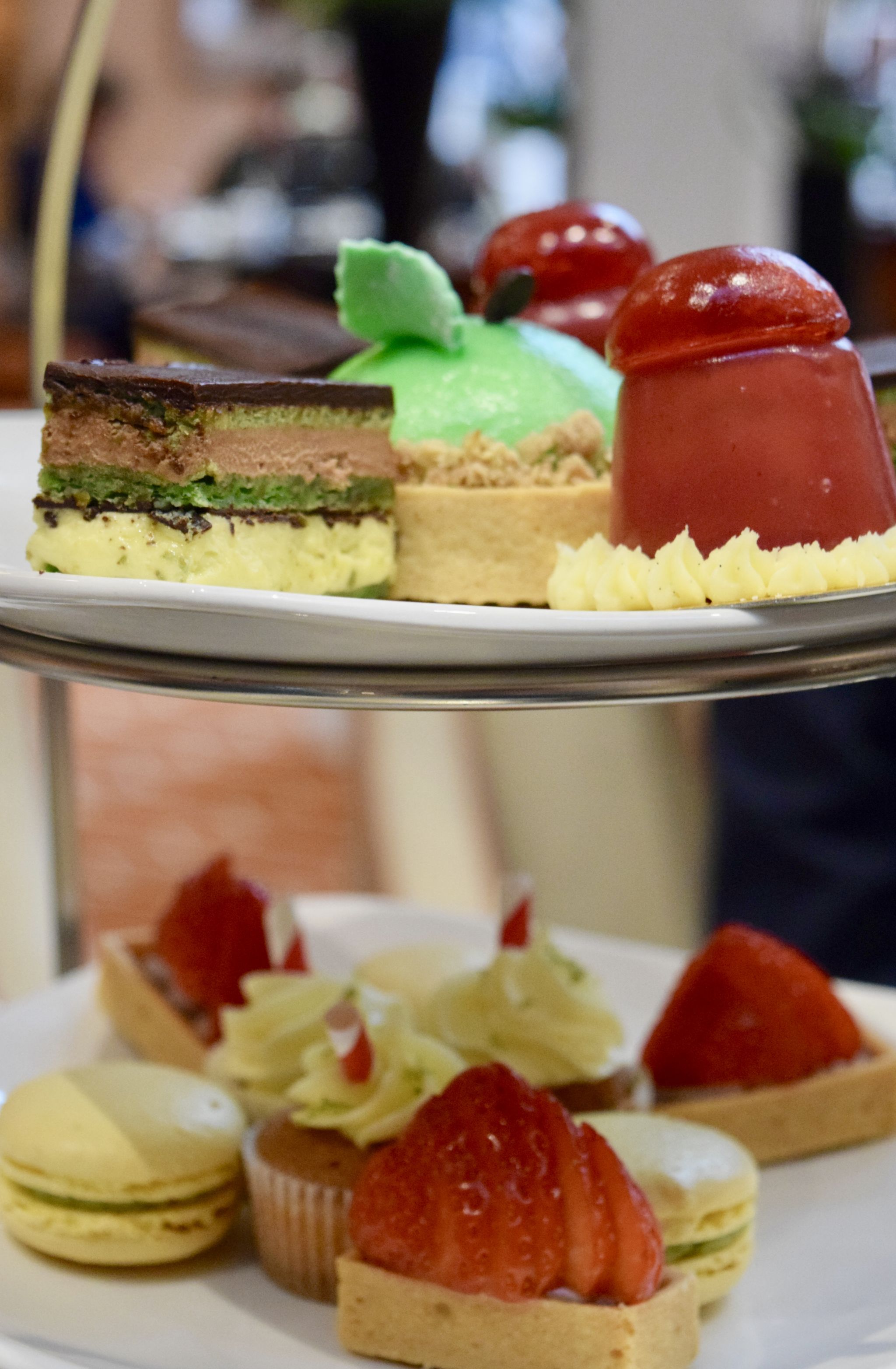 We enjoyed prosecco with the sandwiches, and after the fashion show we moved onto the sweeter options. This is where the pairing with Edinburgh Gin really got to shine! 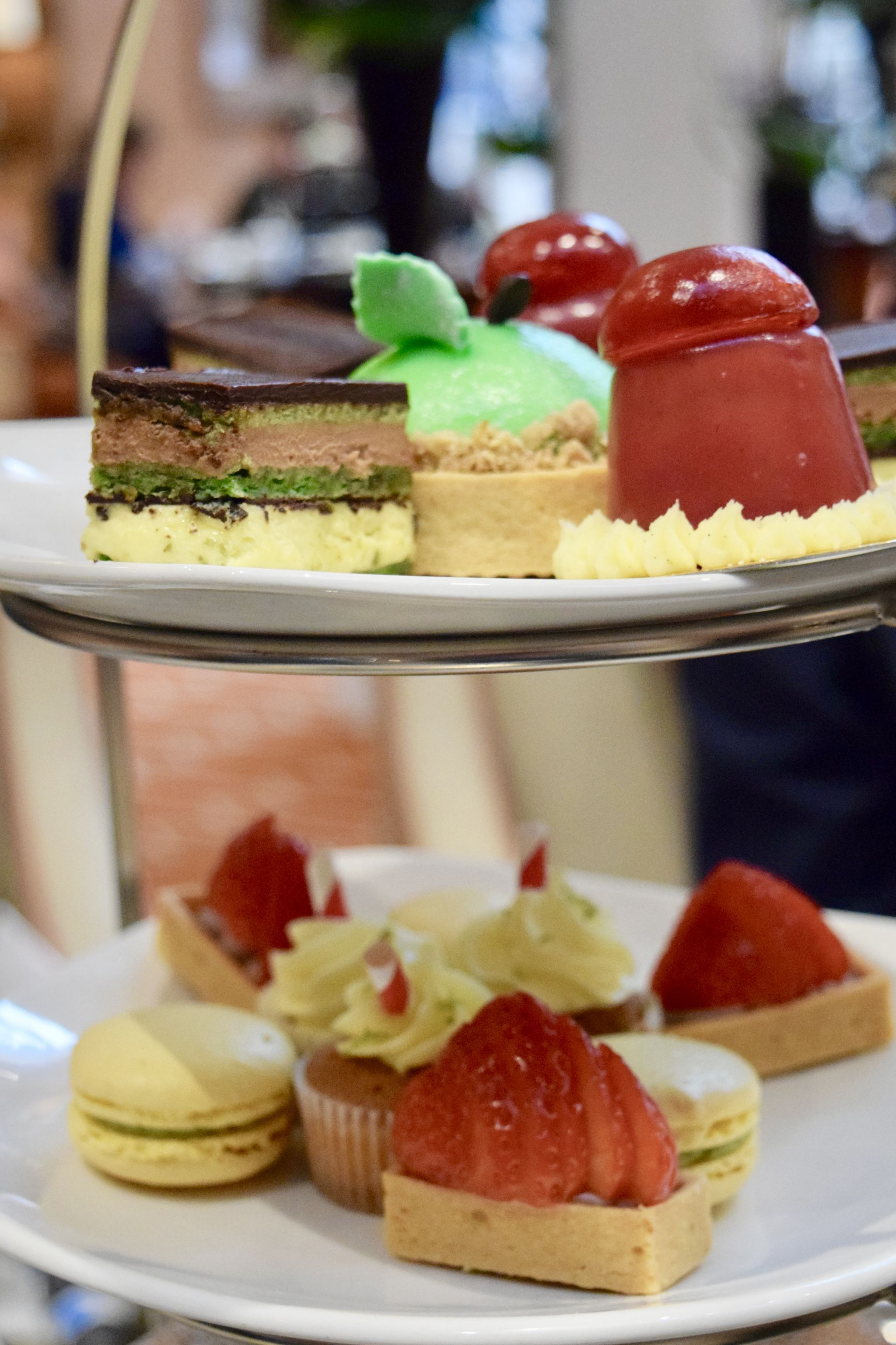 Gin soaked cupcakes, and gin infused strawberry tarted were favourites of the table, but the fresh scones with jam and clotted cream were also devoured. It was the perfect way to begin a weekend, and even though the fashion show was a one-off event, you can still book in to enjoy an Edinburgh Gin afternoon tea (and really, you should!).

Afternoon Tea at Edinburgh’s Waldorf Astoria is priced from £35pp