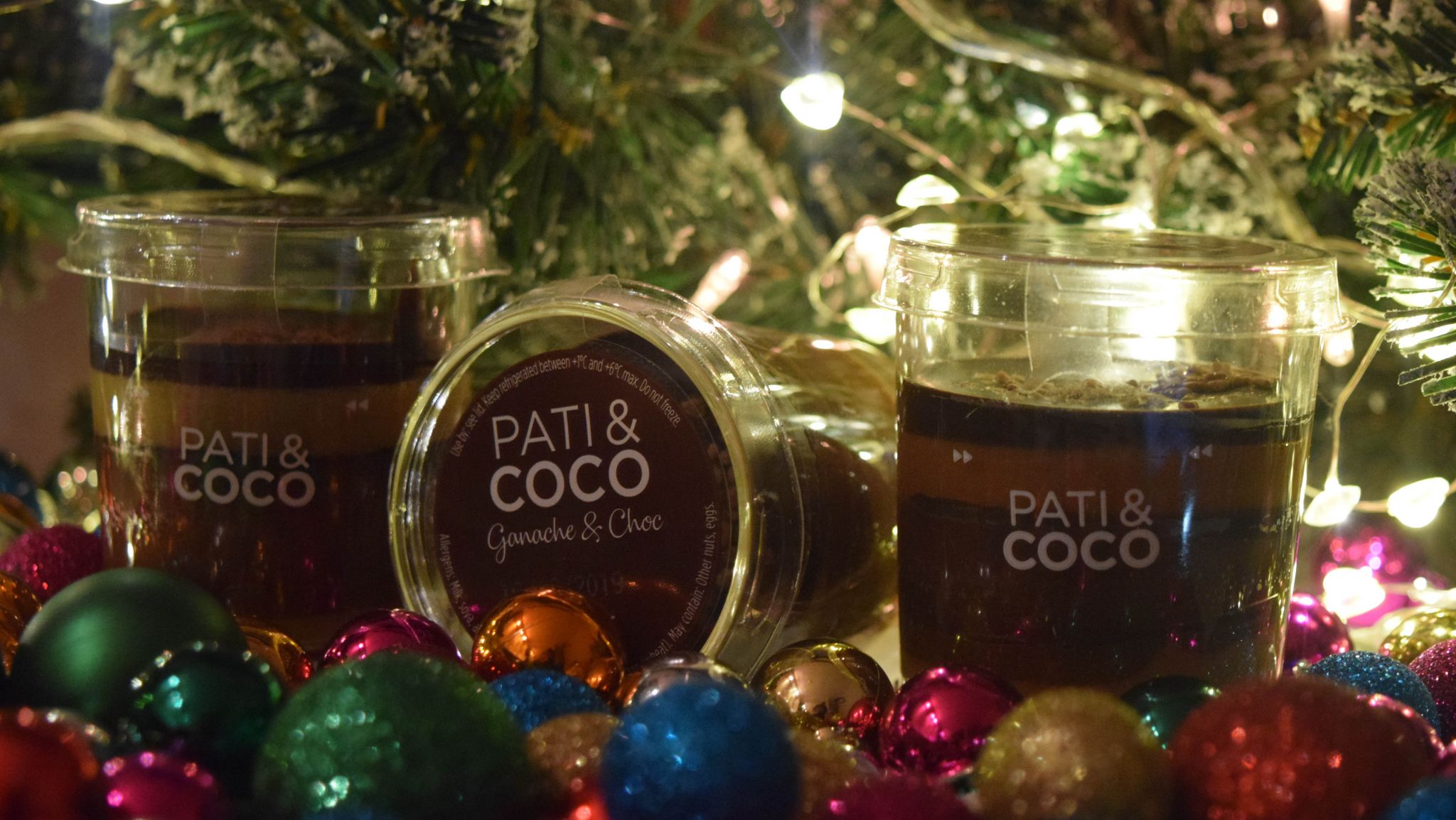 Now that we’re officially in the run up to the big day, I feel like I have even less time than normal. It might be something to do with a whole lot of work which has just arrived, and needs seen to before the New Year kicks off, or perhaps it’s those presents I’ve been putting off? Either way, I hardly have time to brush my hair in the morning, let alone faff with desserts, which is exactly where my new found love of Pati & Coco comes in! 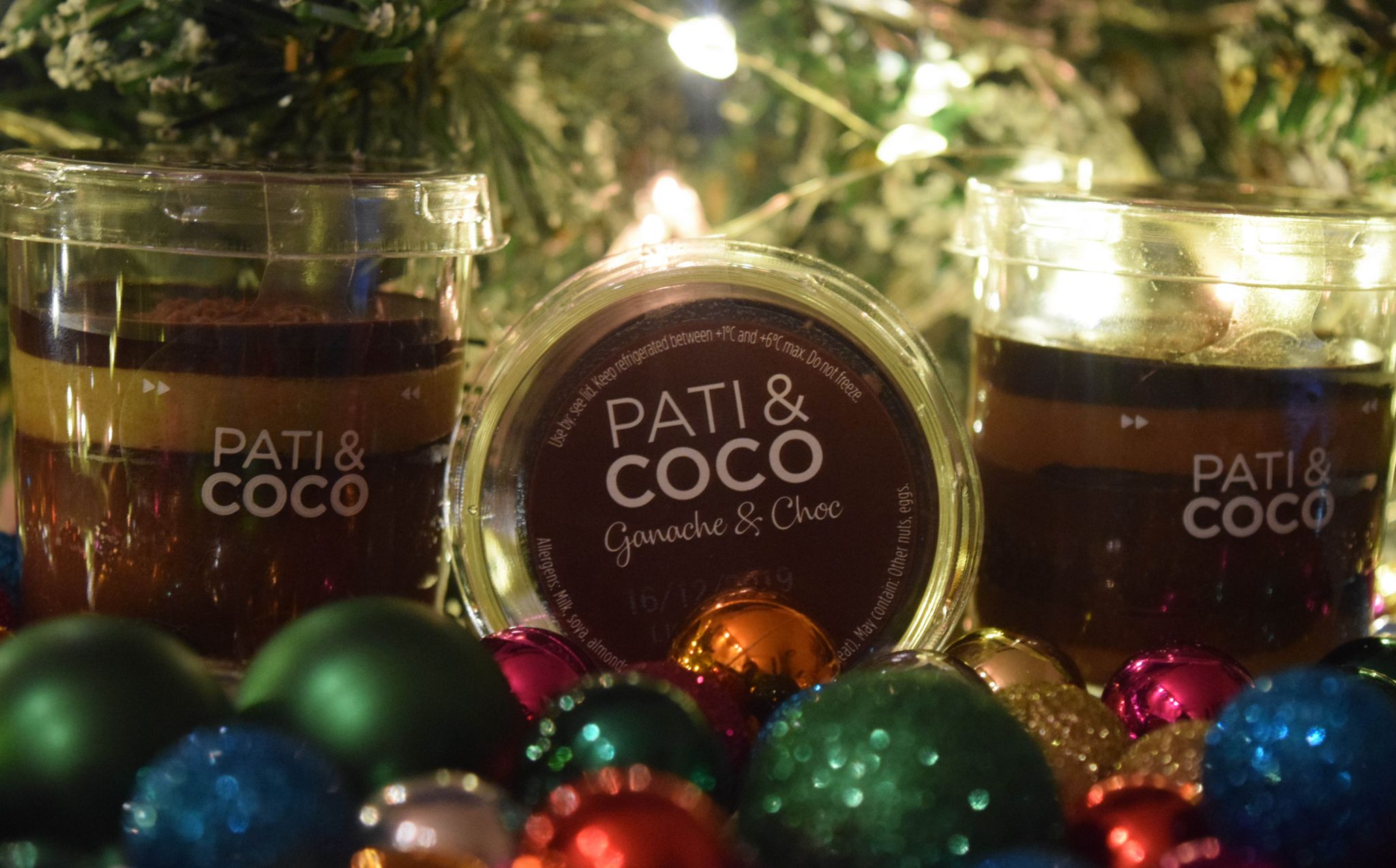 Packaged in chic glass packaging, Pati & Coco are new multi-layered, multi-textured chocolate desserts, which are perfect for enjoying as an indulgent treat at this time of year. Decadently rich and creamy, you can enjoy a variety of flavour options (I’m partial to the original Ganache and Chocolate, and the Pistachio is absolutely incredible too!) which are perfect for catering to picky palettes this festive season. 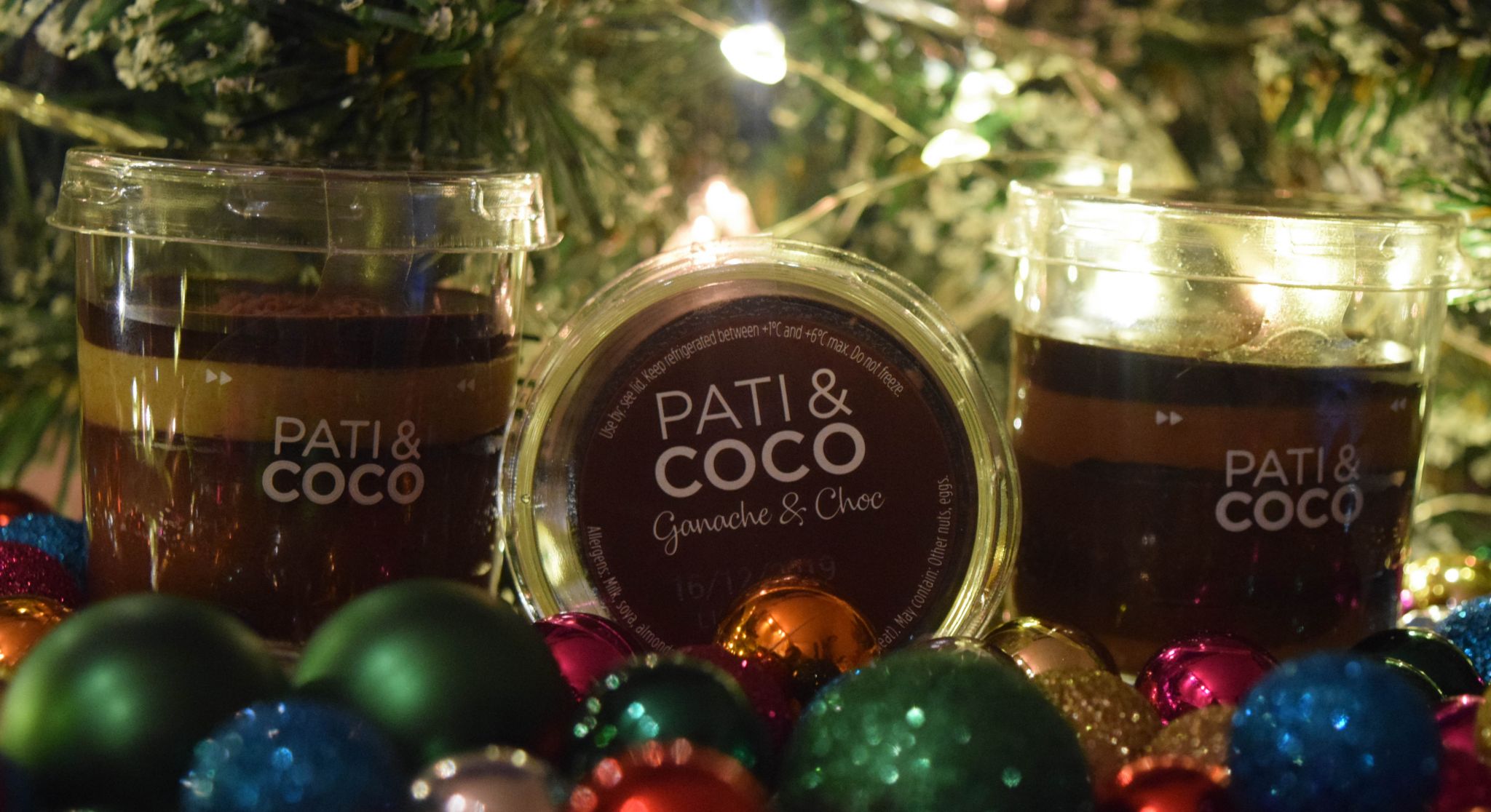 These pots have been such a delight to have in the fridge at this time of year – friends who have popped round have felt suitable treated, and quiet evenings have become absolutely dreamy with the addition of these, some music and a great book for a quiet half an hour of self care.

Available in Sainsburys now and on offer at just £3.50 for a duo pack – these are a must-have for the Christmas period! 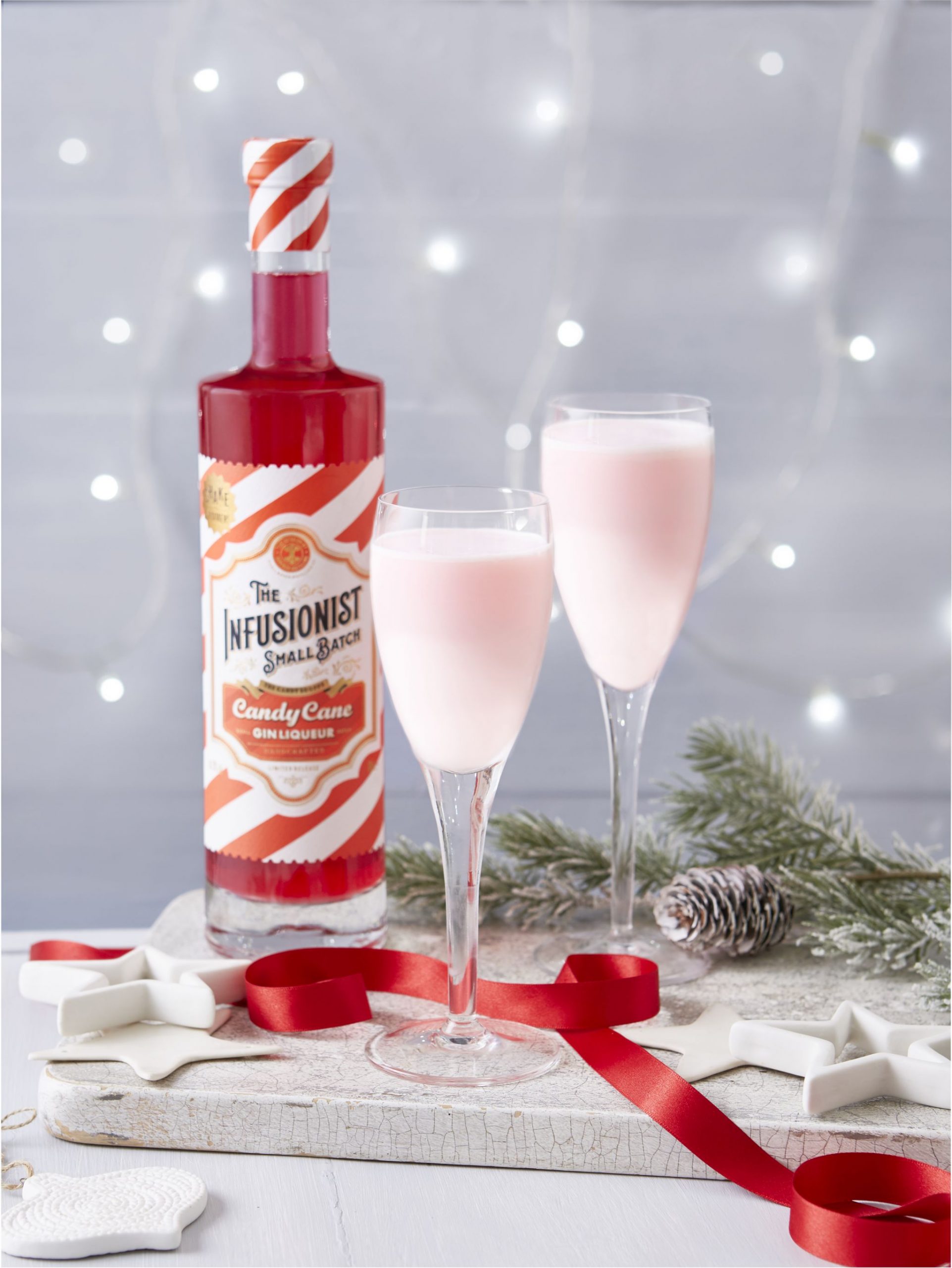 When it comes to celebrating Christmas, I’m not sure anything feels quite as festive as a really great cocktail. From something as simple as a Bucks Fizz or Mimosa with breakfast, to more complicated options later on during the day, it’s always fun to be able to kick back and enjoy a cocktail (or two!). 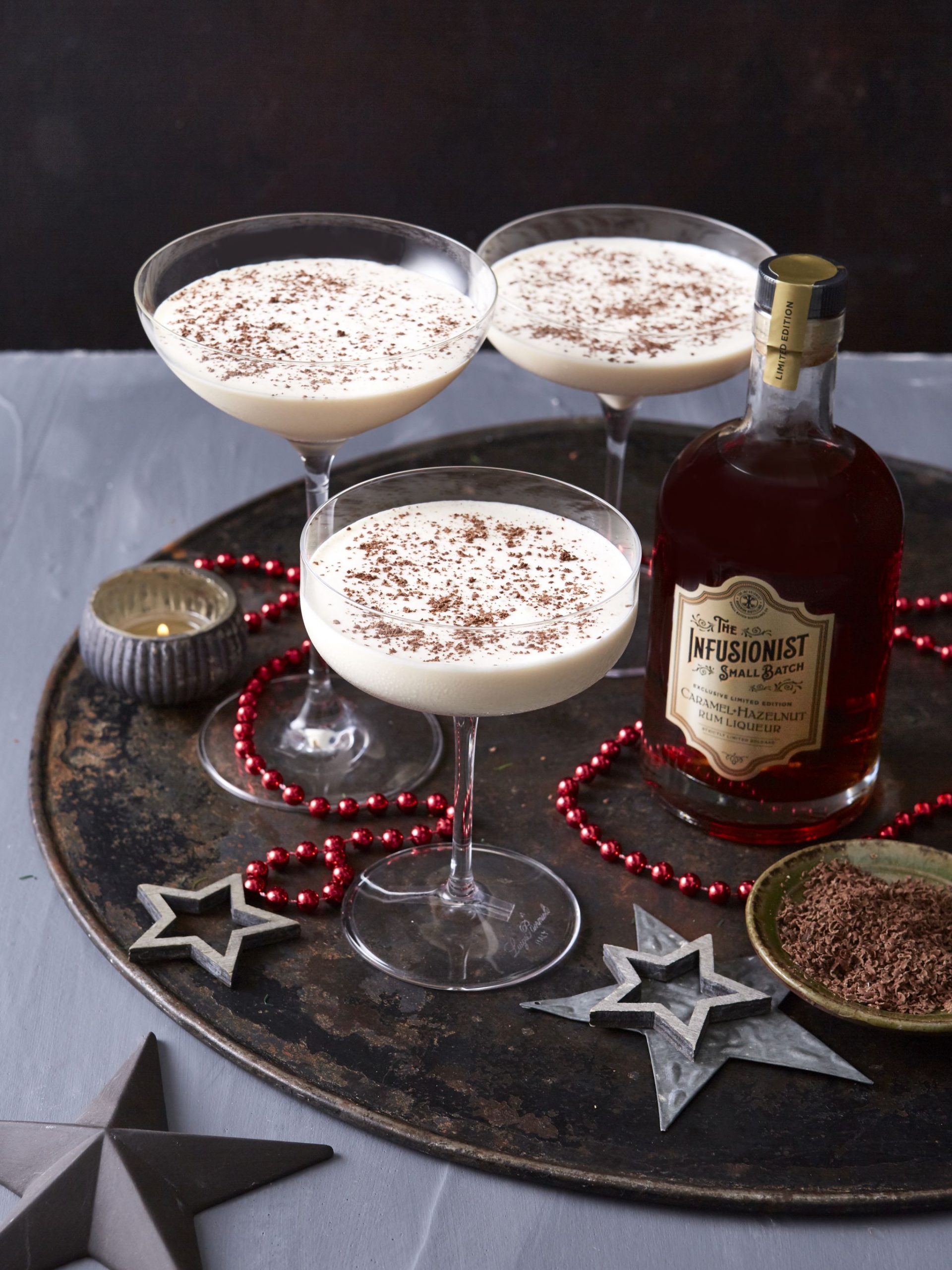 So, when Aldi got in touch with their take on some seasonal options, I couldn’t resist giving them a go. I had no idea that the stores were so well stocked – from whisky liqueurs to London Dry Gins – you can stock the whole bar cart in a single visit! 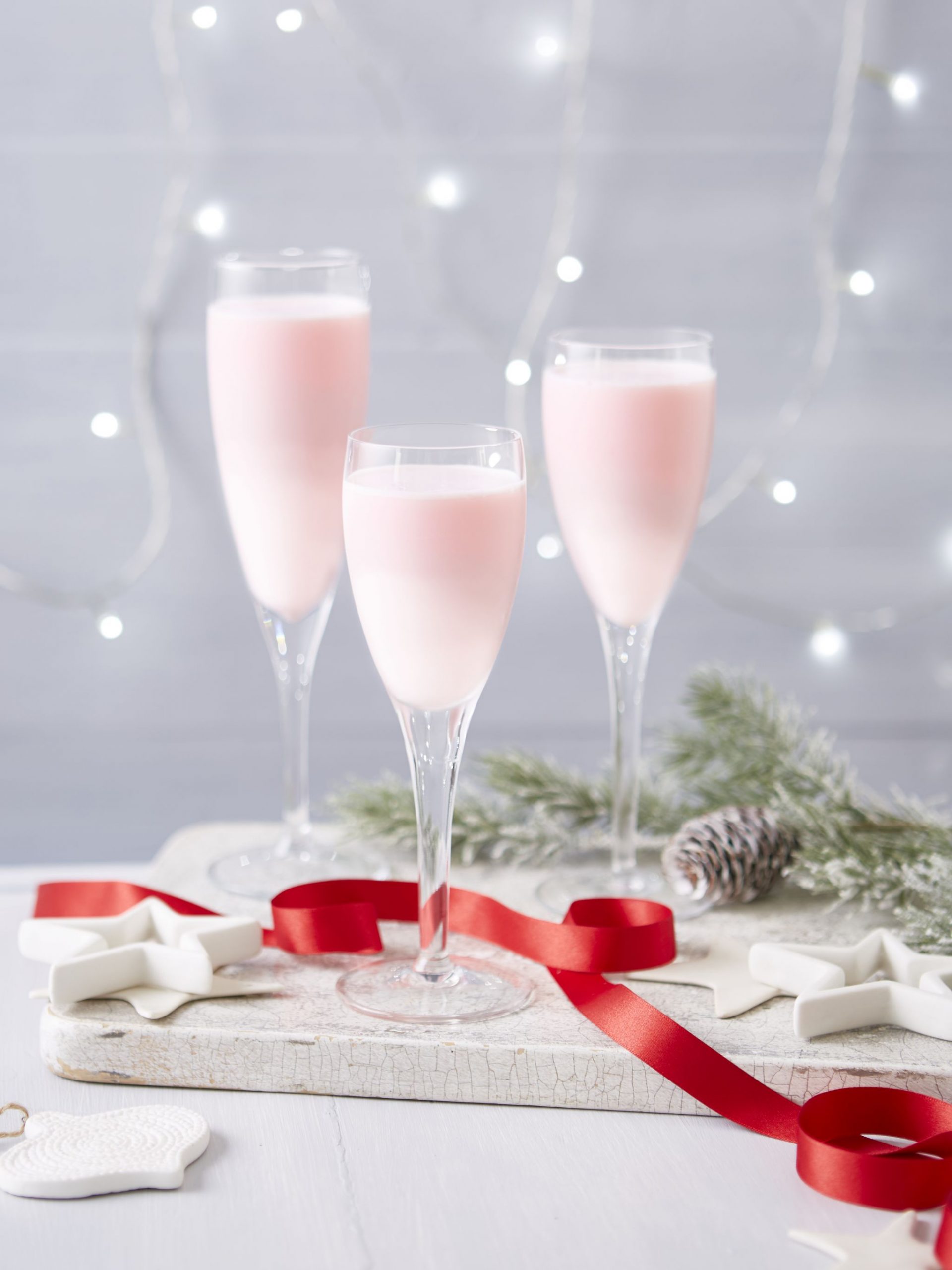 I’ve not gotten around to it yet, but I’m looking forward to whipping up a batch of Candy Cane Swirls once the holidays have properly begun.

-The white of one medium free-range egg 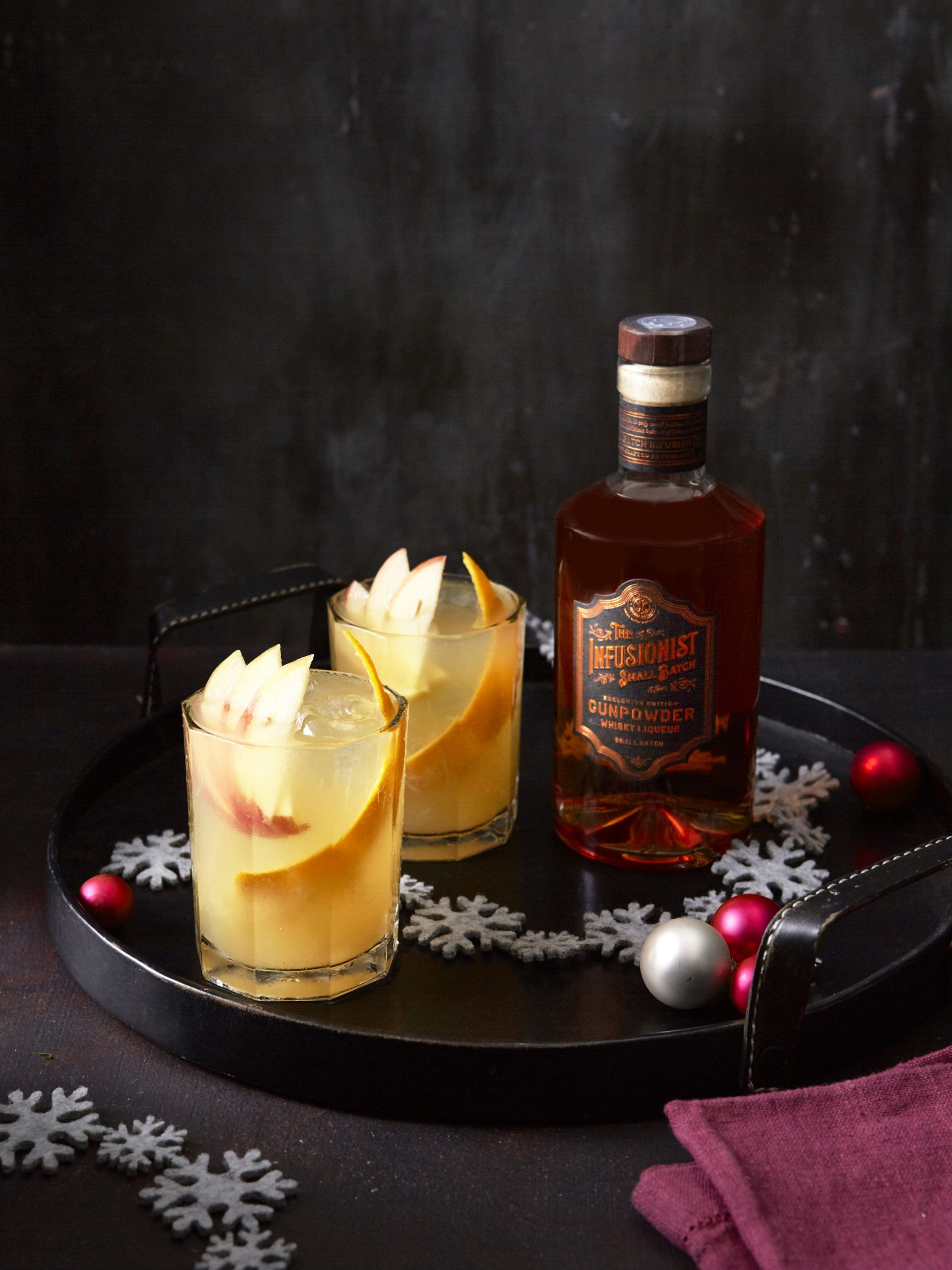 The Gingel Bells cocktails are also high up on my list – I love a good gin, so the Oliver Cromwell London Dry Gin with lemon and a Vodka Liqueur sounds dreamy!

Thank you to Aldi for gifting me a few drinks options for this post – I’ve been seriously impressed! 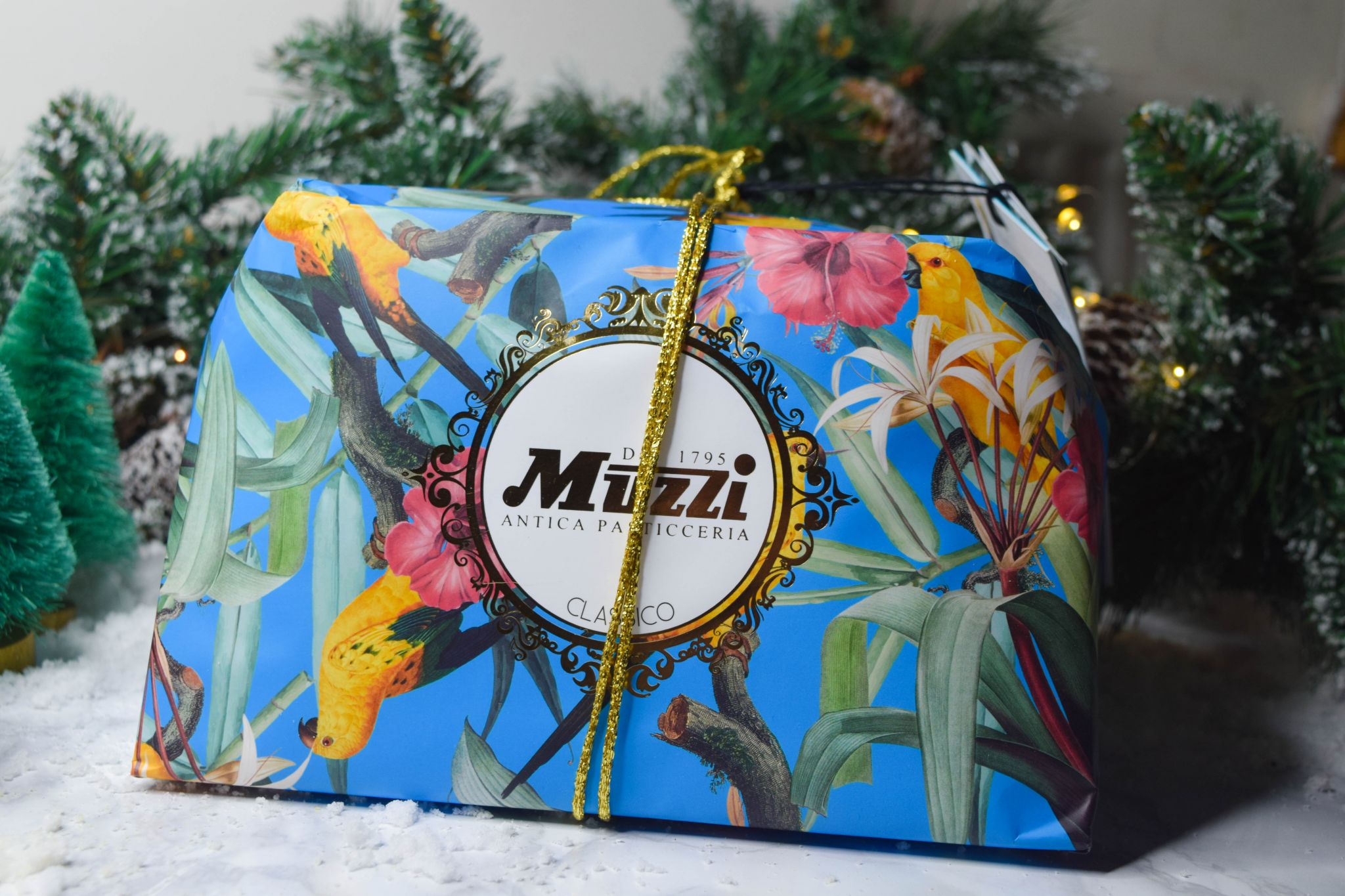 When it comes to Christmas gifts, I don’t think you can go far wrong with a glorious Pannetone. Enjoyed with coffee, or for an indulgent breakfast on Christmas morning, a slice of Pannetone always feels like a real treat! 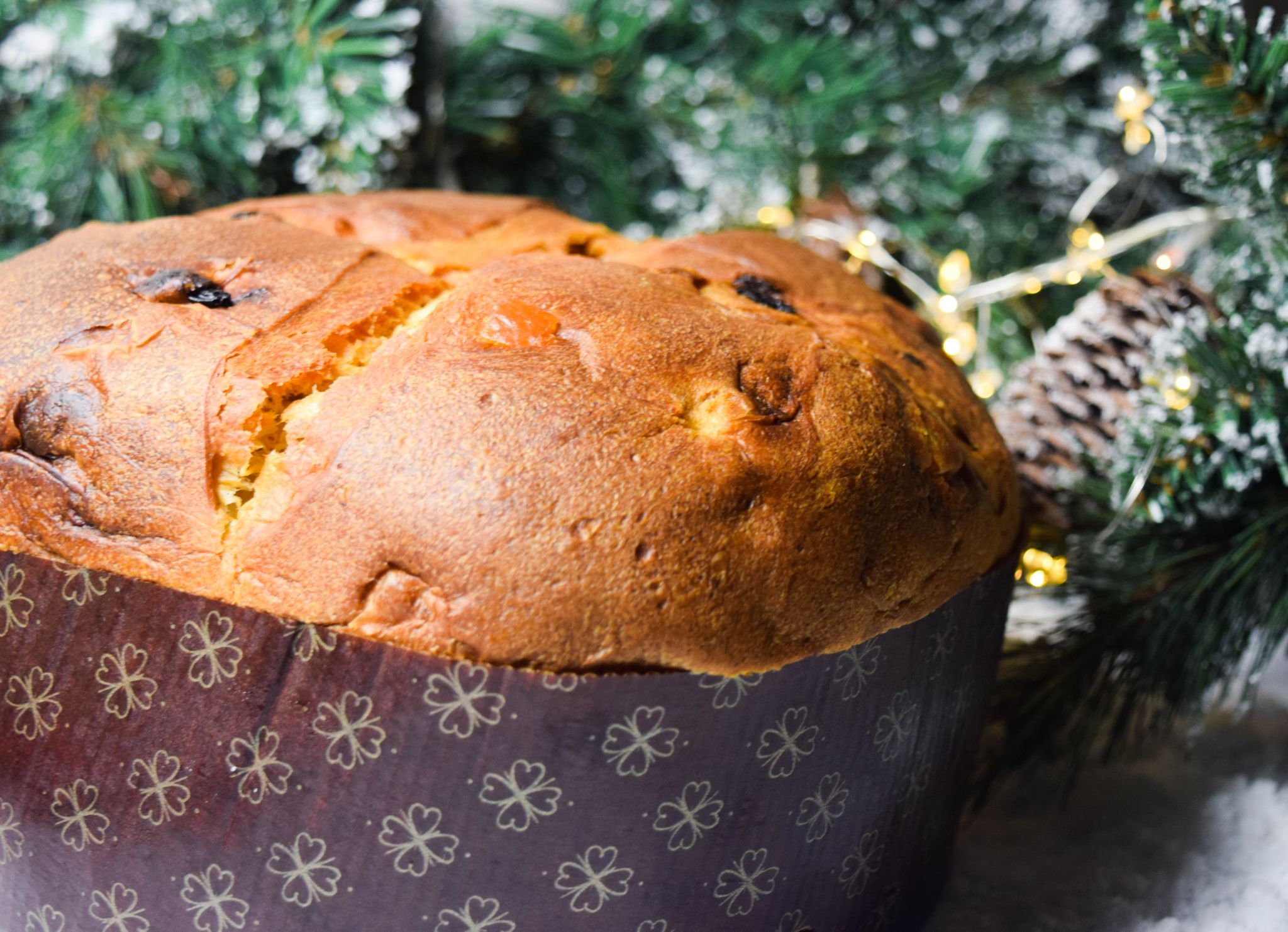 I absolutely adore this 1kg option from Muzzi, available from Sous Chef – it comes gloriously wrapped (which means one less job for the to do list) and you can even order direct to the recipient, meaning they’ll receive something you know they’ll love, and you’ll get all the brownie points! 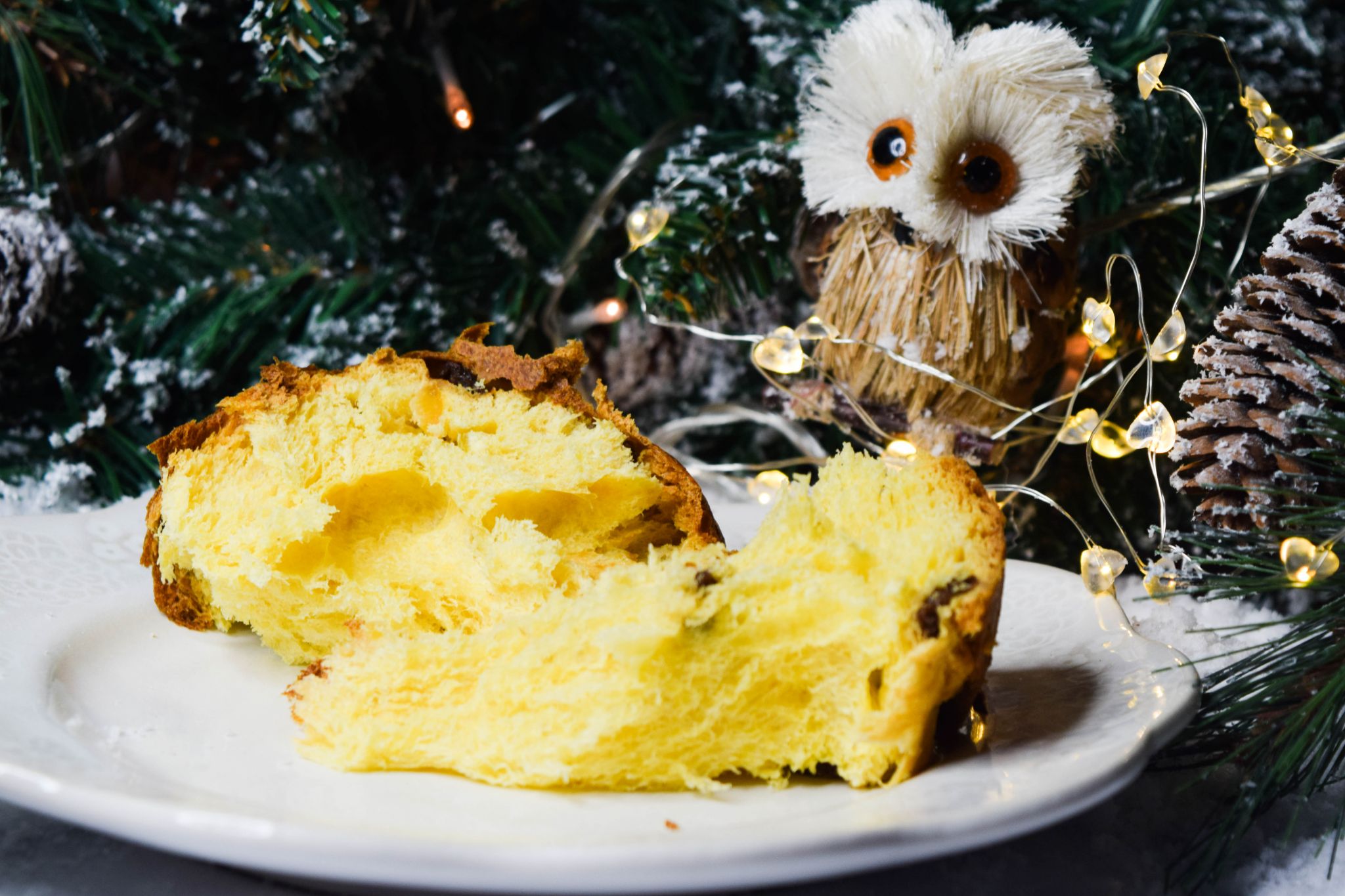 Incredibly soft and fluffy, and delicate scented with vanilla and studded with candied fruits, the Pannetone is a real taste of the season, and I can’t imaging anyone not being thrilled to receive such a gift! It’s absolutely glorious used in a bread and butter pudding too!

Muzzi Traditional Panettone is priced at £22.50 and is available here 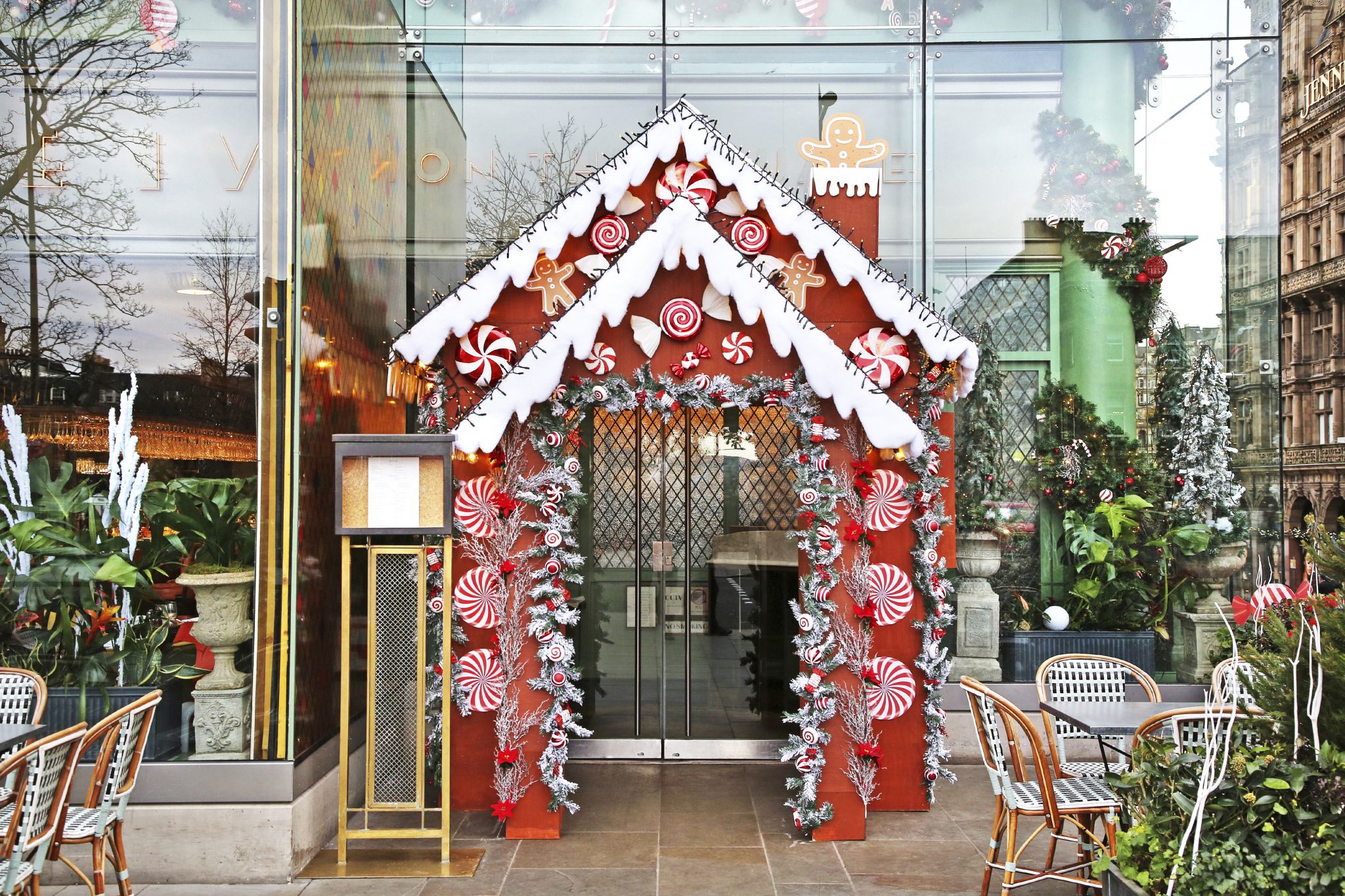 Over the past few years, Edinburgh feels like it’s become pretty iconic for it’s Christmas decorations. Whether you’re after a traditional Christmas market, of if you’re looking for some thrills – Edinburgh’s got it all, and right in the heart of it is The Ivy on The Square. 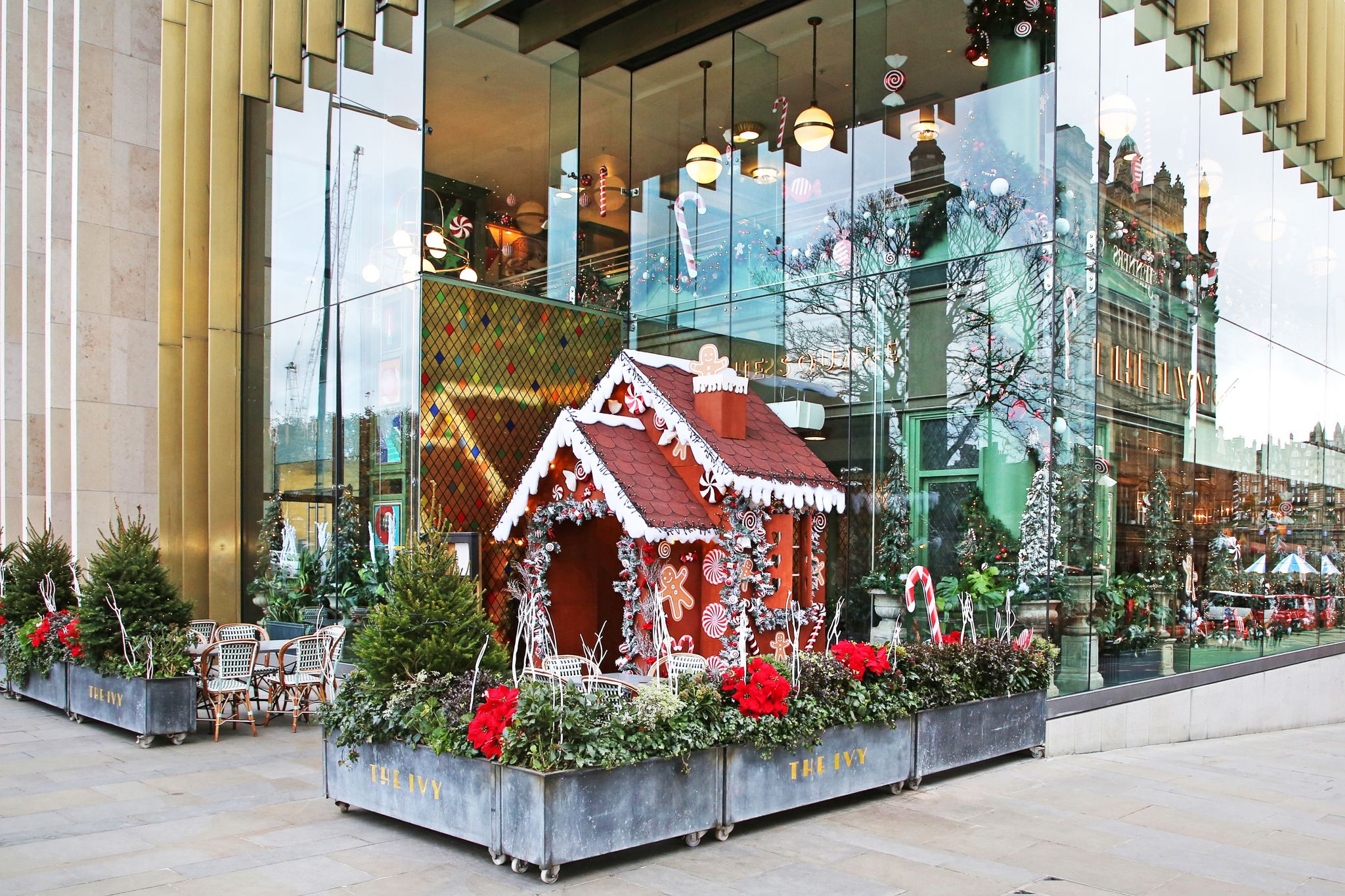 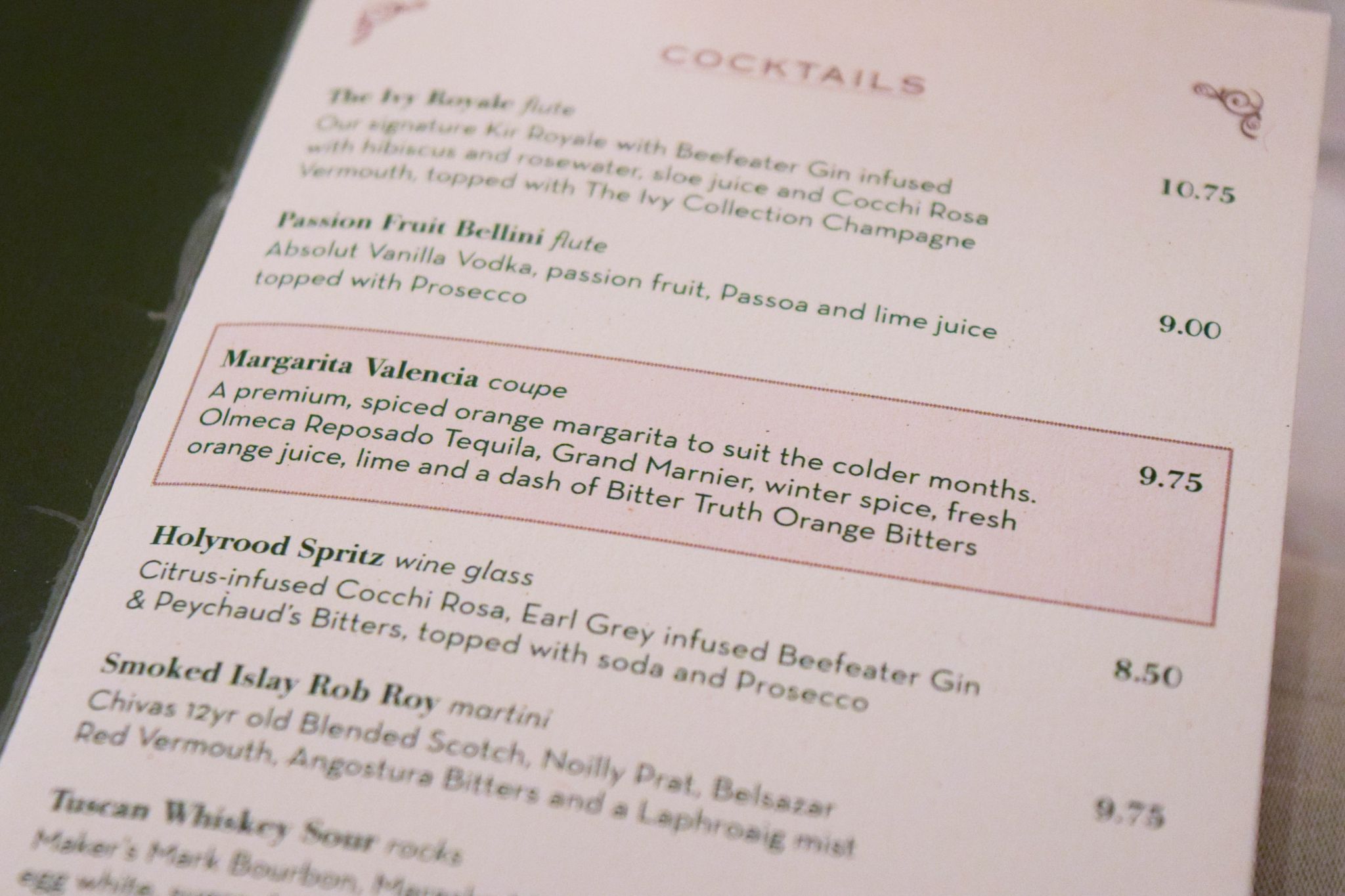 As well as the fabulous decorations, The Ivy will be serving up a menu of festive cocktails. They weren’t quite available when we visited, so instead we chose a few of there signature choices. 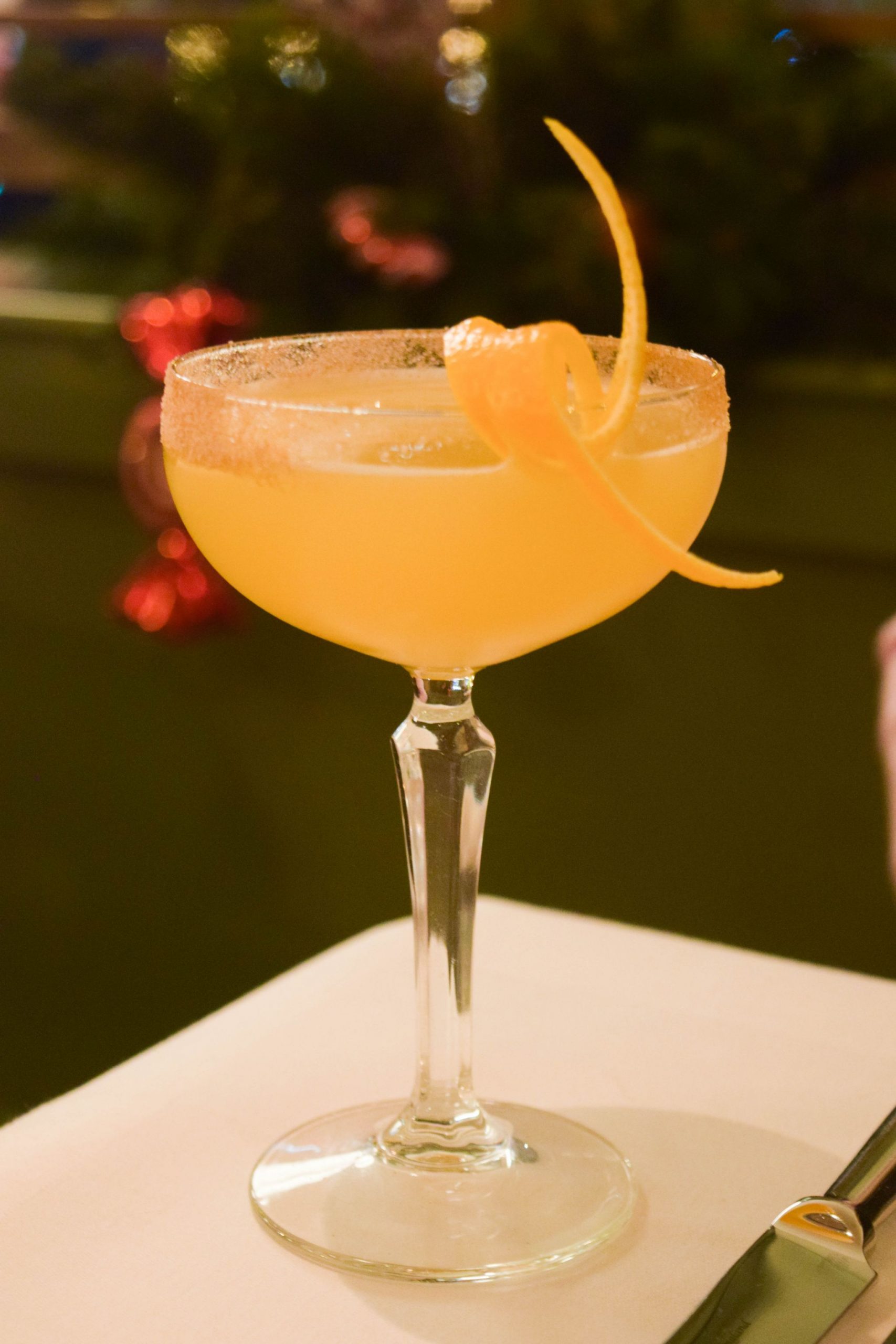 I opted for the Margarita Valencia, since it still felt quite seasonal. Served in a very glamorous coupe, it was a delicious choice thanks to the cinnamon sugar rim, orange bitters and winter spice mixed with orange.

We also had a drive home ahead of us, so wanted to try one of the non-alcoholic options, so opted for the virgin Mint Julep.

Alongside our drinks, we got to nibble on some of The Ivy’s best loved appetisers – our waiter recommended the Truffle Arancini and Zucchini Fries. You can enjoy theses even if you’re heading in for a full-on meal, as they’re also available to have as an appetiser.

Thank you so much to The Ivy on the Square for having us! You can find out more about the restaurant here. 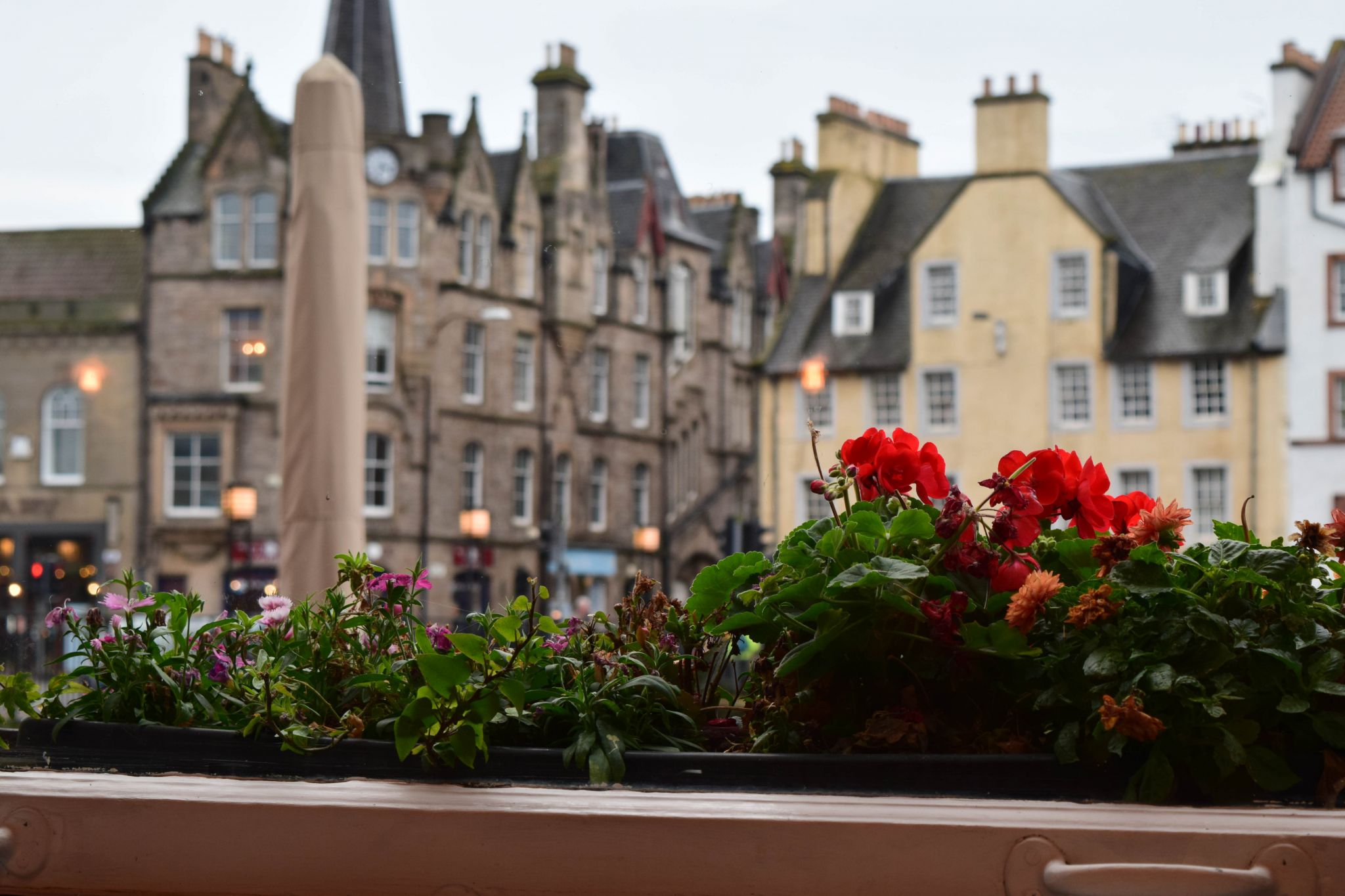 Up until this summer, I, rather shamefully, hadn’t really explored too much of Leith. It’s a little further out from my usual haunts, but it’s undergoing a really exciting period of growth at the moment with a whole slew of independent shops, cafes and restaurants opening up.

A couple of weeks back, we headed down to the shore on a rather soggy Friday evening to try out the newly opened Hemingway’s – a cosy spot which has been transformed into an elegant sharing plates restaurant, with dishes inspired by a slew of European cuisines.

With a slick bar upfront, and cosy booths to the rear of the restaurant, you can pop in for a couple of killer cocktails, or head in for a full-on meal, depending on what you’re after. It’s perfect if you’ve got a bunch of friends as indecisive as mine, or if you’re in the mood for something a little different. 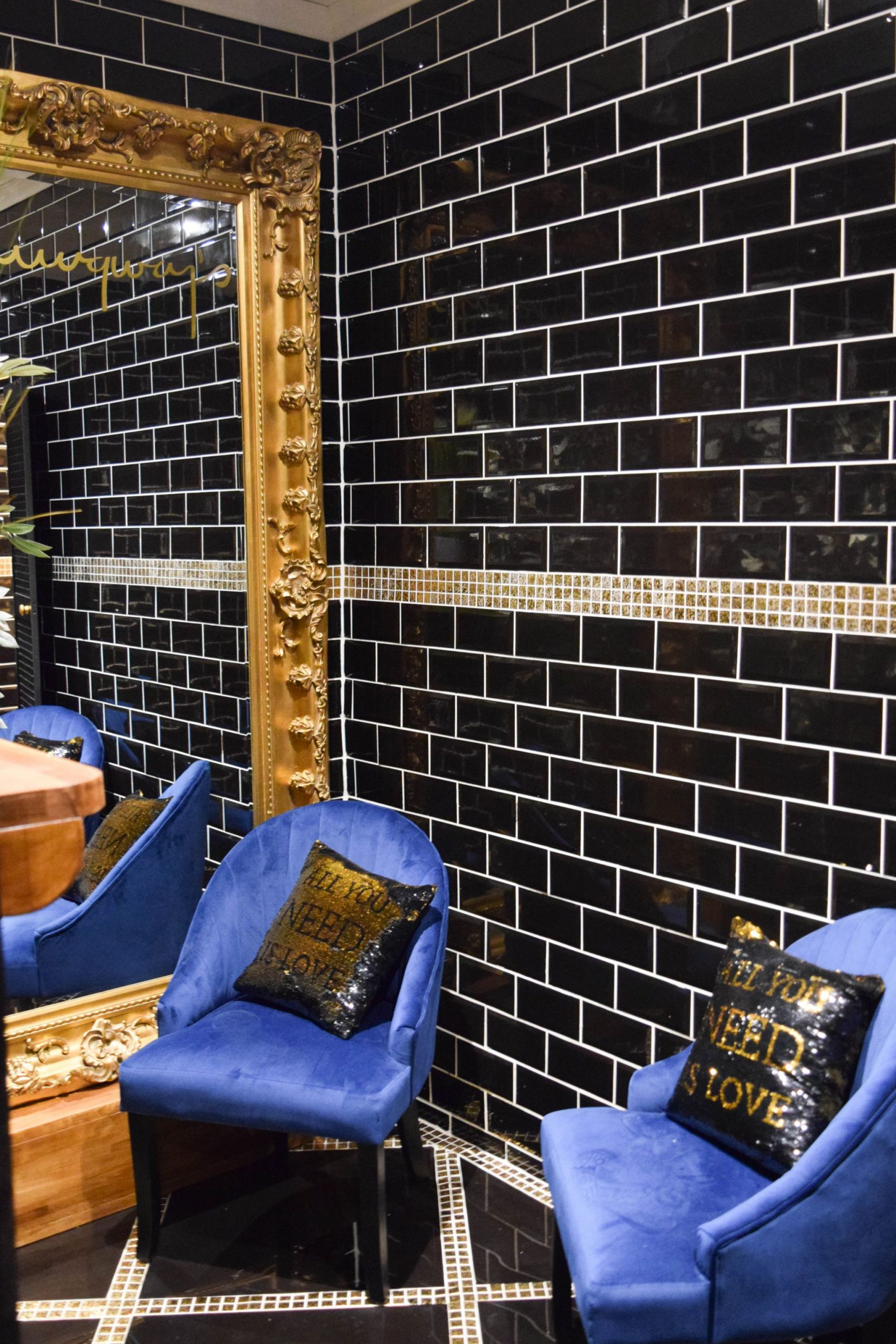 As you would expect from the name, there are wry literary quips scattered throughout the restaurant, but the bathrooms are a must visit.

I’m not one to usually go on about a restaurant’s facilities, but these are something else! Golden swans, sequins and swings are just the start of what’s tucked away in there, and it’s a fun spot which feels absolutely perfect for some instagramming opportunities! 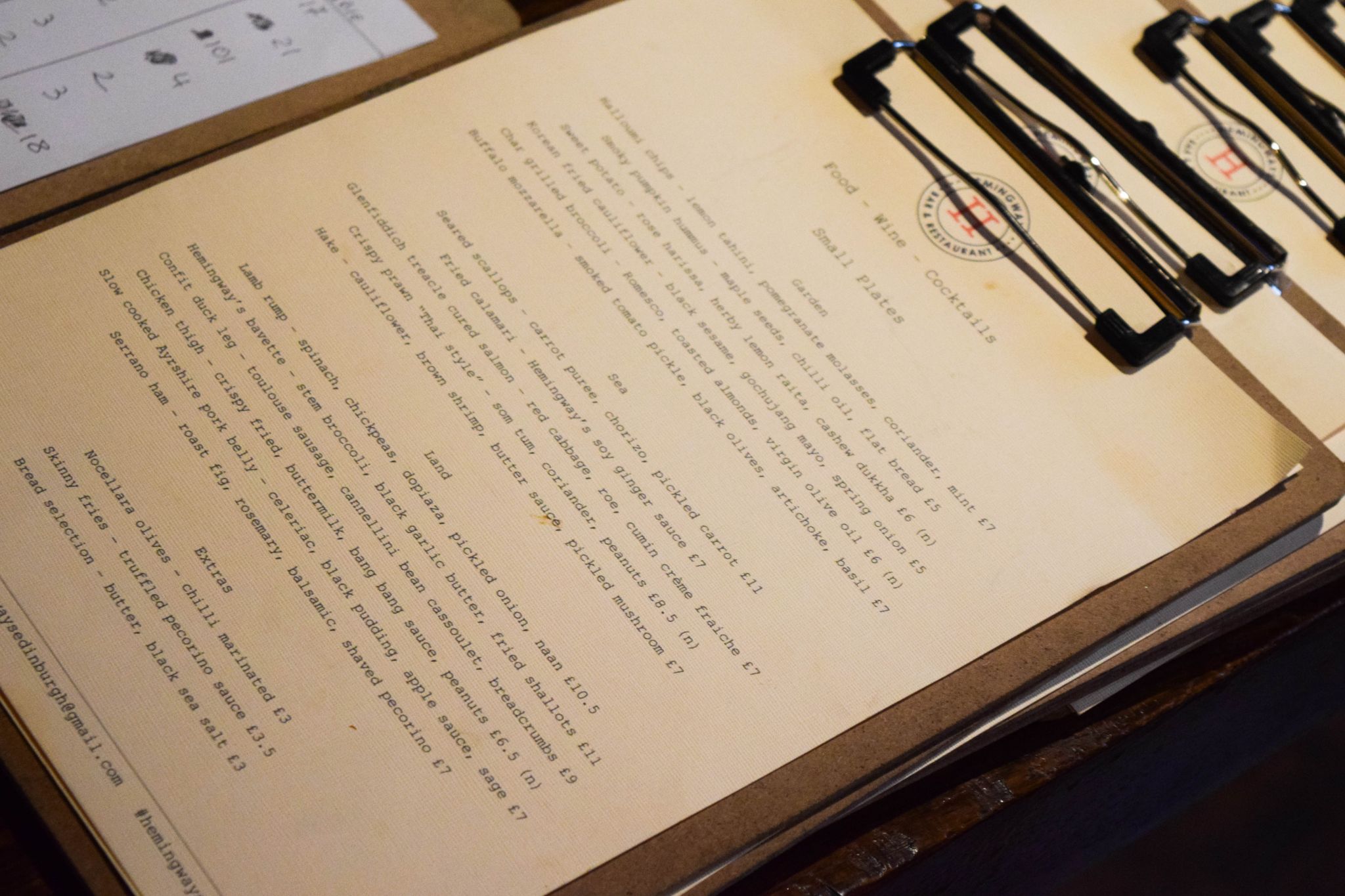 After taking the requisite selfies in the bathroom, it was time to order. With a menu encompassing small plates, extras, planks and flatbreads, there was a whole lot to decide between, but on the advice of the staff (all incredibly friendly and equipped with some killer recommendations) we opted to share some plates from the land and sea options, with a side of fries for good measure.

Since the whole ethos of the restaurant is sharing plates, the dishes come out as they’re made, meaning that we started off with seafood dishes.

First up were the Seared Scallops served with carrot puree, chorizo and pickled carrot (£11). I’m a real fan of scallops, so when I saw them on the menu, I couldn’t resist! Served perfectly seared, with the middles still translucent, the trio were beautifully sweet and fresh, and positively melted in the mouth.

The Thai Style Crispy Prawns (£8.50) came highly recommended, and when they arrived, we completely understood the hype. Huge prawns in a light, crisp batter were served alongside peanuts and chilli oil, creating a dish reminiscent of satay, but even better. We could have easily snacked on these all evening, as they were absolutely divine, but then we would have missed out on the absolute treats to come! 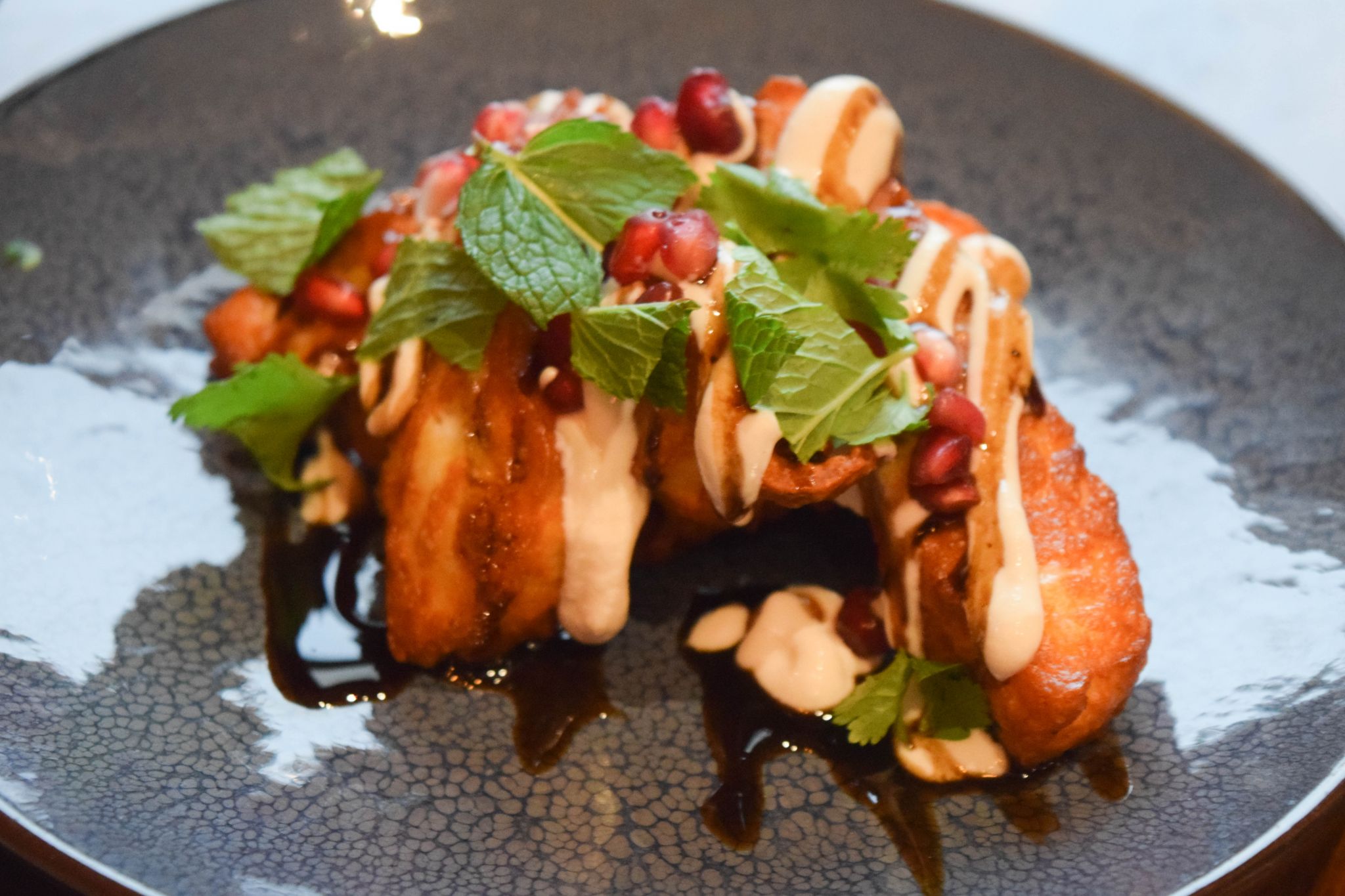 After trying Halloumi fries for the first time this summer, neither of us could resist when we saw them on the menu (£8). Arriving at the table piping hot, with crisp exteriors and hot, gooey insides, these were dreamy, especially paired with the sticky pomegranate molasses and zesty lemon tahini. To say these disappeared pretty much instantly is an understatement, but who could resist?

The second wave of dishes to arrived included the Hemingway’s Bavette served with broccoli (£11) and our portion of fries (£3) which came with the most delicious pot of truffled pecorino sauce. I sometimes feel like Bavette is a bit of a neglected cut of beef here, but at Hemingway’s it was cooked to rare perfection. Drizzled in the most fabulous Black Garlic Butter, it was a hearty portion, and paired perfectly with out portion of fries!

We couldn’t resist enjoying a few cocktails whilst we enjoyed supper, so opted for an old school virgin Pina colada for the driver, whilst I sipped on a pumpkin martini. During our visit, Hemingway’s had a specials menu in collaboration with Boutiquey’s Gin and I’m so glad I enjoyed a seasonal cocktail. Sweet, spiced and very pumpkin-y, the martini was just the drink to get the weekend started!

Even though we were more than satisfied with supper, we couldn’t resist the suggestions to try some puddings. First up was the white chocolate and ginger cheesecake (£7). Equal parts fresh and decadent, the mix of ice cream, cheesecake and picked ginger was incredibly moreish.

I couldn’t resist the opportunity to try the sticky toffee pudding (£7) which came served with clotted cream ice cream and a raspberry compote. The berries’ tartness was perfect with the rich toffee sauce, and the sponge was a fabulous end to a fabulous meal.

Thank you so much to Hemmingway’s for having us!