I’m not quite sure I can believe that we’ve just hit 2016! The past year has flown by in a bit of a blur, and I can’t wait to see what the new year has in store!  Like most people, I’ve got a few resolutions up my sleeve, but don’t worry, I’m not going to bore you with the details. Instead, I thought I would start the year off in the most glamorous of ways; with Essie’s stunning Luxeffects collection.

Unlike most of Essie’s polish collections which feature six or eight new colours, the Luxeffects is a condensed choice of four. They’re gorgeous shades though, encompassing work horses like the silver, and more unexpected shades such s the orange. Considering I’ve been loving my glittery fingers over the festive season, I thought I would share my thoughts!

Frilling Me Softly, is probably my most reached-for out of the four options. It’s a mix of silver bar glitters and blue hexes in a clear base. It’s a polish that is easily built up, so if you only want a subtle glint, one coat is enough, but if you want super sparkly digits, three coats gives an almost opaque finish.

I absolutely adore the rich magenta sparkle of Fashion Flares. The polish is a mix of hot pink bar glitter and black hexes held in a clear base. I’ve been wearing two coats over my regular pink polishes for a rich colour, and it’s a great choice if you’re after some serious Barbie-inspired nails.

Tassel Shaker is a fiery mix of copper and gold bar glitters, and it’s absolutely stunning. If you’re after the glitziest golden manicure, a coat of this gives an incredible sparkle. One layer over dark polishes is really quite something!

Possibly the most unusual shade of the four is Fringe Factor, a wonderfully cool toned mauve which is made up of gunmetal and purple bar glitters in a clear base. I absolutely love two layers of this over a silver chrome varnish. It’s such a pretty colour, and incredibly eye catching!

Essie Luxeffects polishes are priced at £7.99 each and are available from Boots. 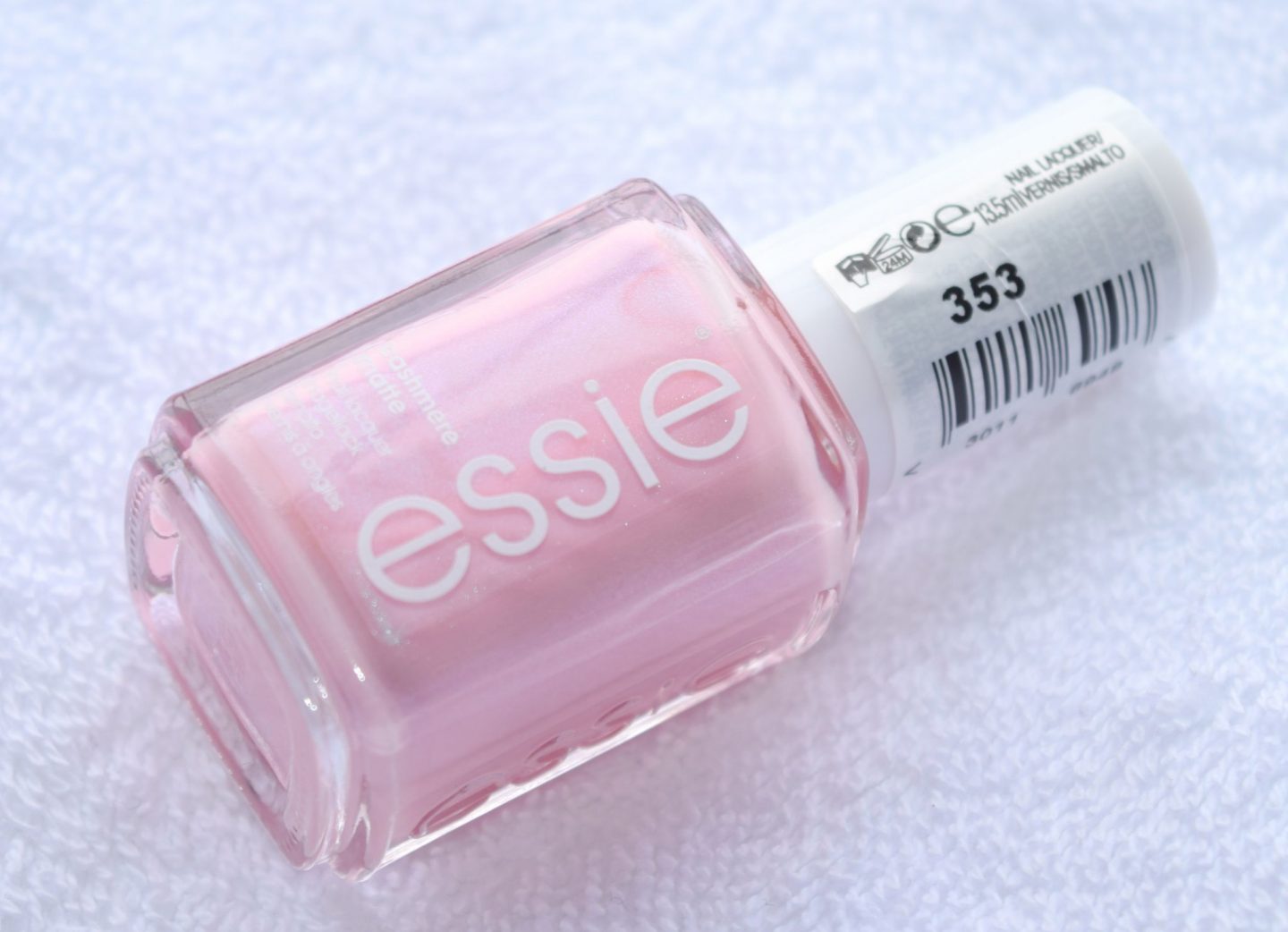 Even though I haven’t worn a baby-pink polish in what feels like forever, Essie’s Just Stitched might just be my favourite out of the entire Cashmere Matte collection! It’s one of those colours that is just so pretty and so flattering on just about anyone, I couldn’t wait to try the polish out! 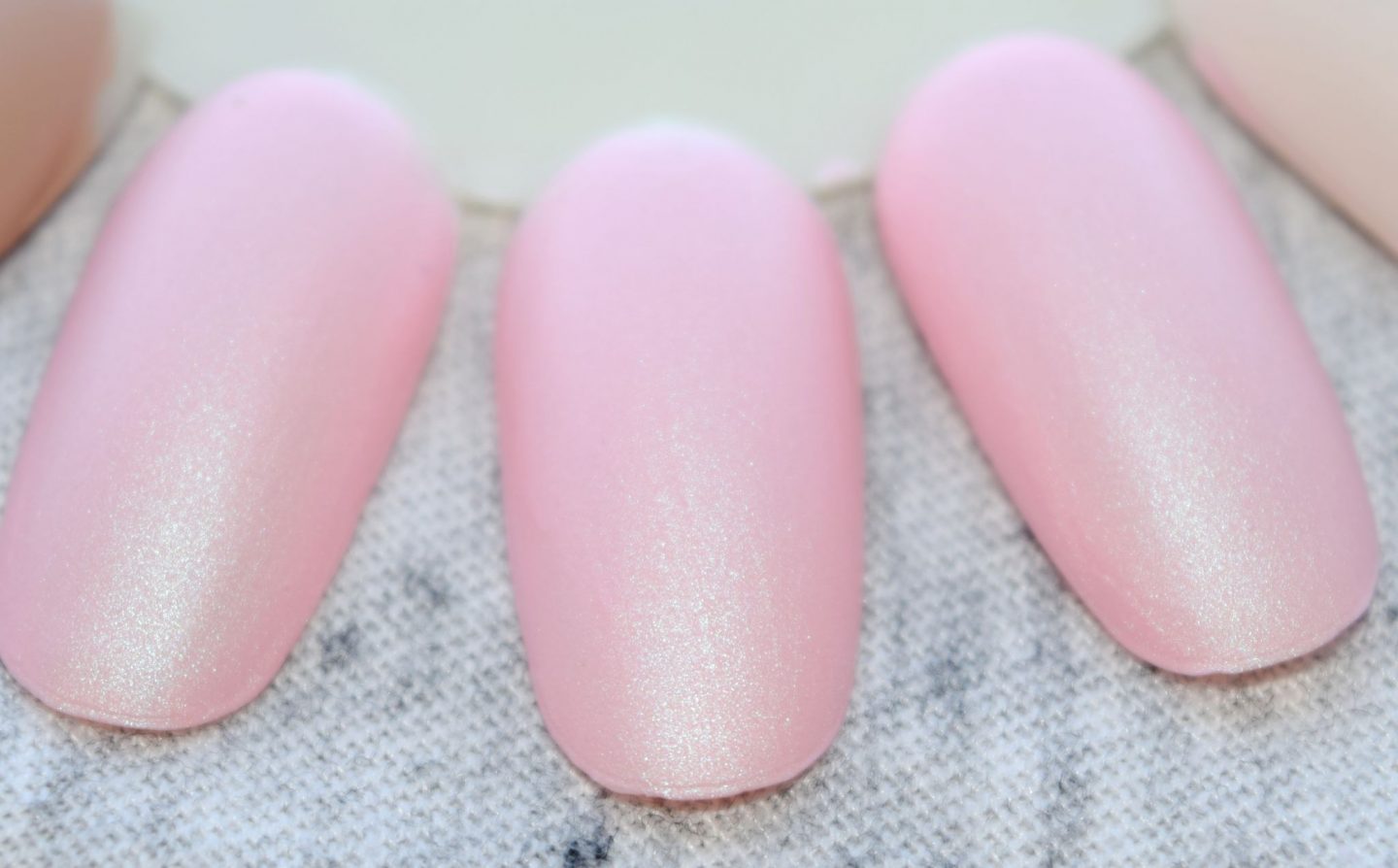 Described as a ‘warm pearly-plush pink’ it’s a really happy looking, and beautiful shade to wear, and I love that when the light hits it, the polish shimmers with an iridescence which is really just stunning. I l absolutely love it as a fun, neutral shade, and I think it will be super pretty when spring rolls around!

Essie Just Stitched is priced at £7.95 and is available here (UK) and here (US) 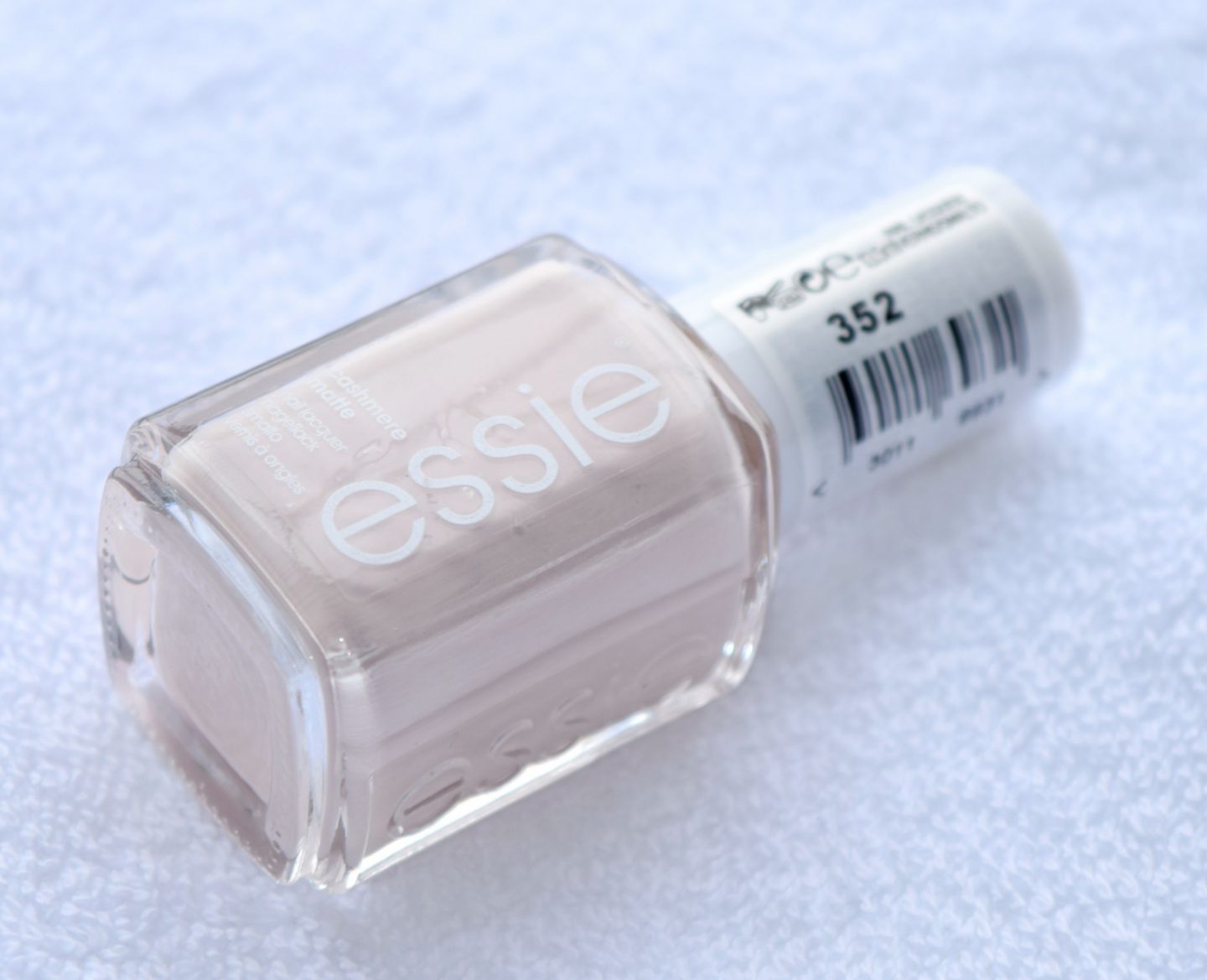 I have to admit, that once we hit the colder temperatures, I don’t tend to reach for light coloured polishes. But when I saw Essie’s stunning Wrap Me Up, I just couldn’t wait to try it on! The shade is the most beautiful cool-toned ivory, and it really does make a lovely change from my usual inky choices! 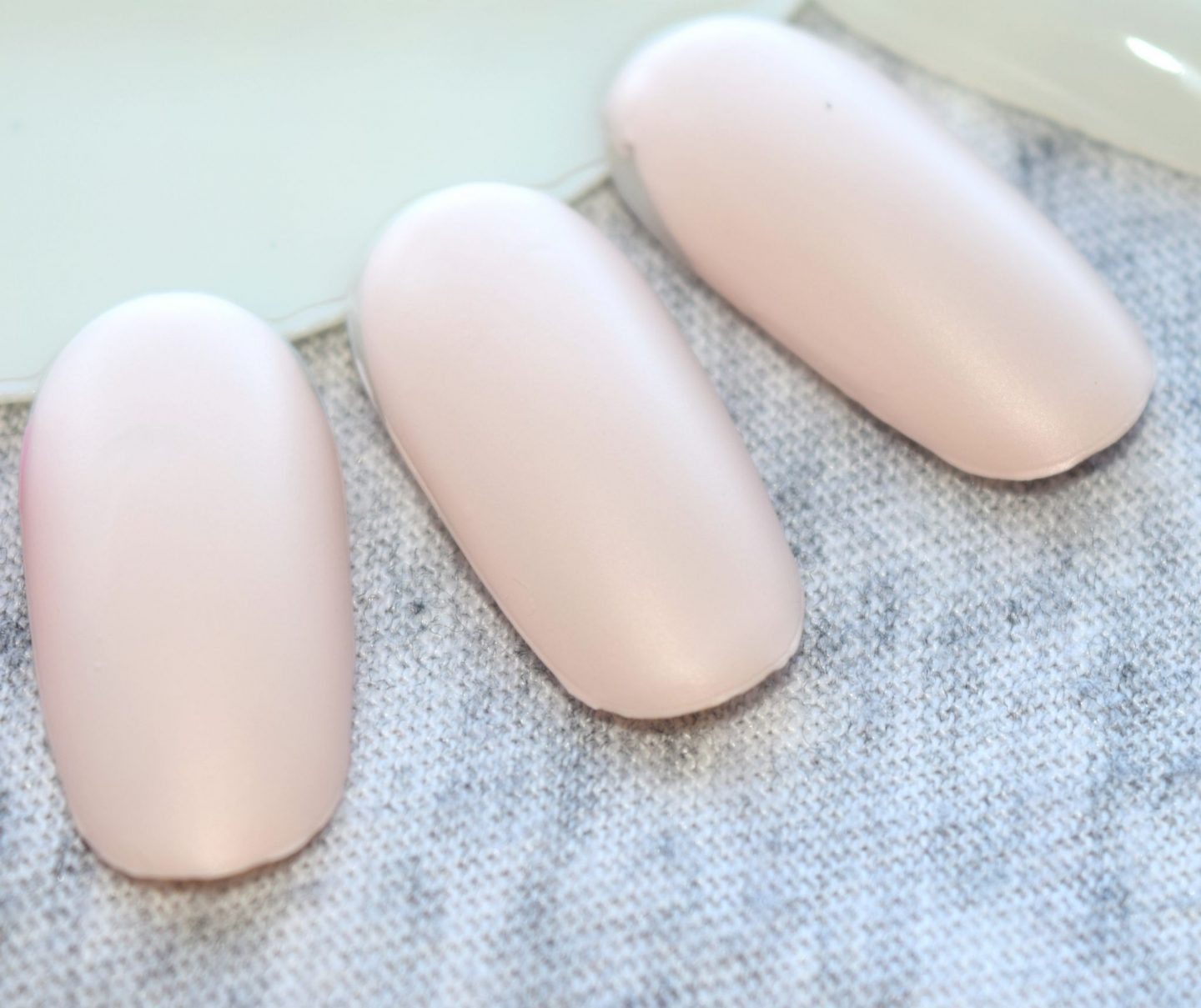 For such a light polish, the formula really is something special! Thick enough to be almost opaque in a  single coat, I tend to opt for two to create a beautifully rich finish. Like all of the Essie Cashmere Matte Collection, Wrap Me Up dries to a stunning satin-matte finish. The subtle sheen the polish has feels so unusual, and it’s such a chic way to wear nude-toned nails! 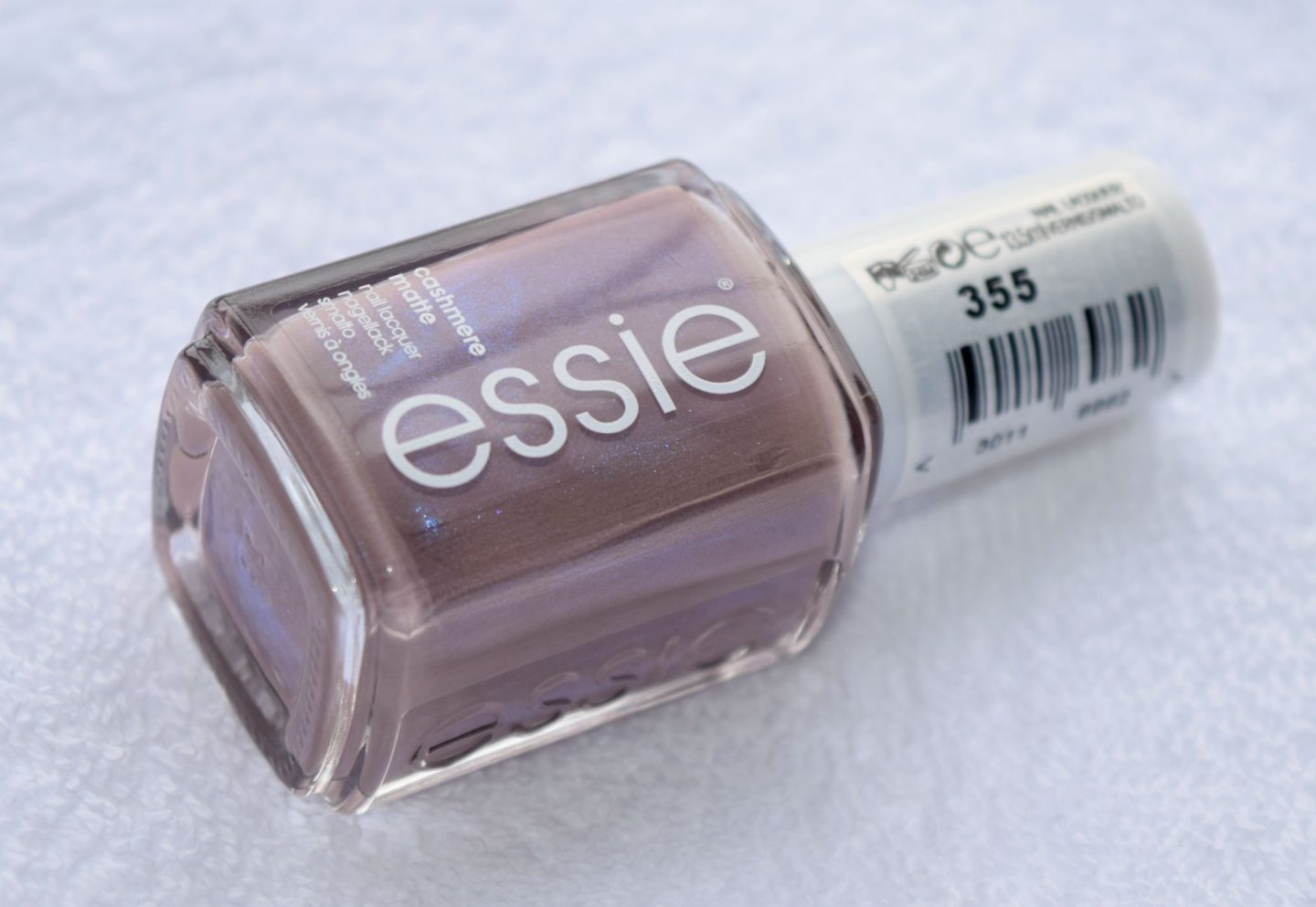 For me, autumn is definitely the season of the neutral polish. I know that as soon as we reach around November, I dive pretty much exclusively into my collection of super dark polishes, so the possibility of wearing something a little lighter feels super appealing right now! 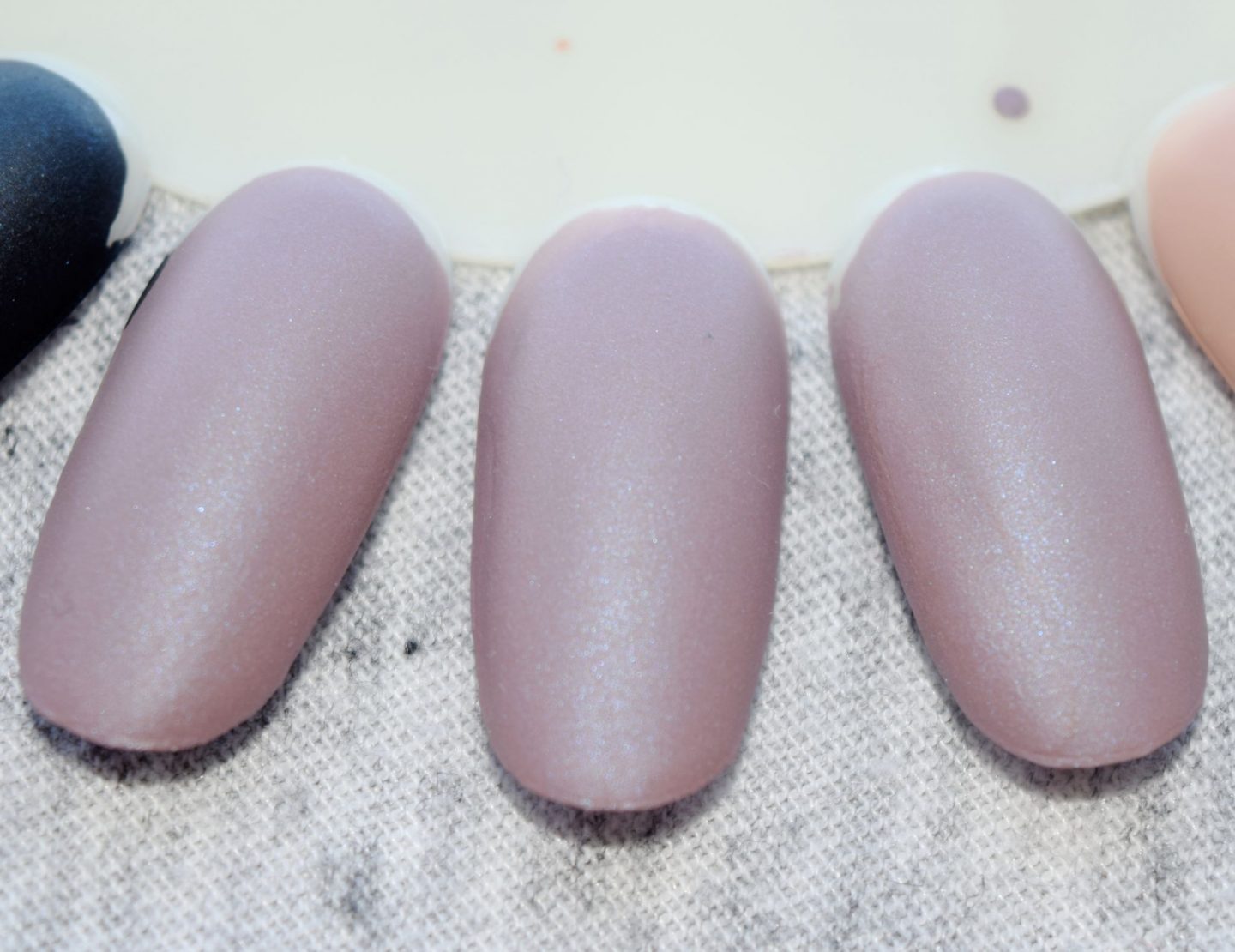 One of Essie’s Cashmere Matte Collection that I’ve been reaching for rather regularly is the stunning Comfy in Cashmere. It’s a super cool toned mauve-y taupe which has been shot through with a subtle blue micro shimmer. It’s this little hit of glitter which really sets the shade apart from others in my collection. The formula of the polish is absolutely dreamy – two coats gave an opaque and smooth application, and like all of the matte polishes, Comfy in Cashmere dried in just a few minutes.

Essie Comfy in Cashmere is priced at £7.99 and is available here (UK) and here (US) 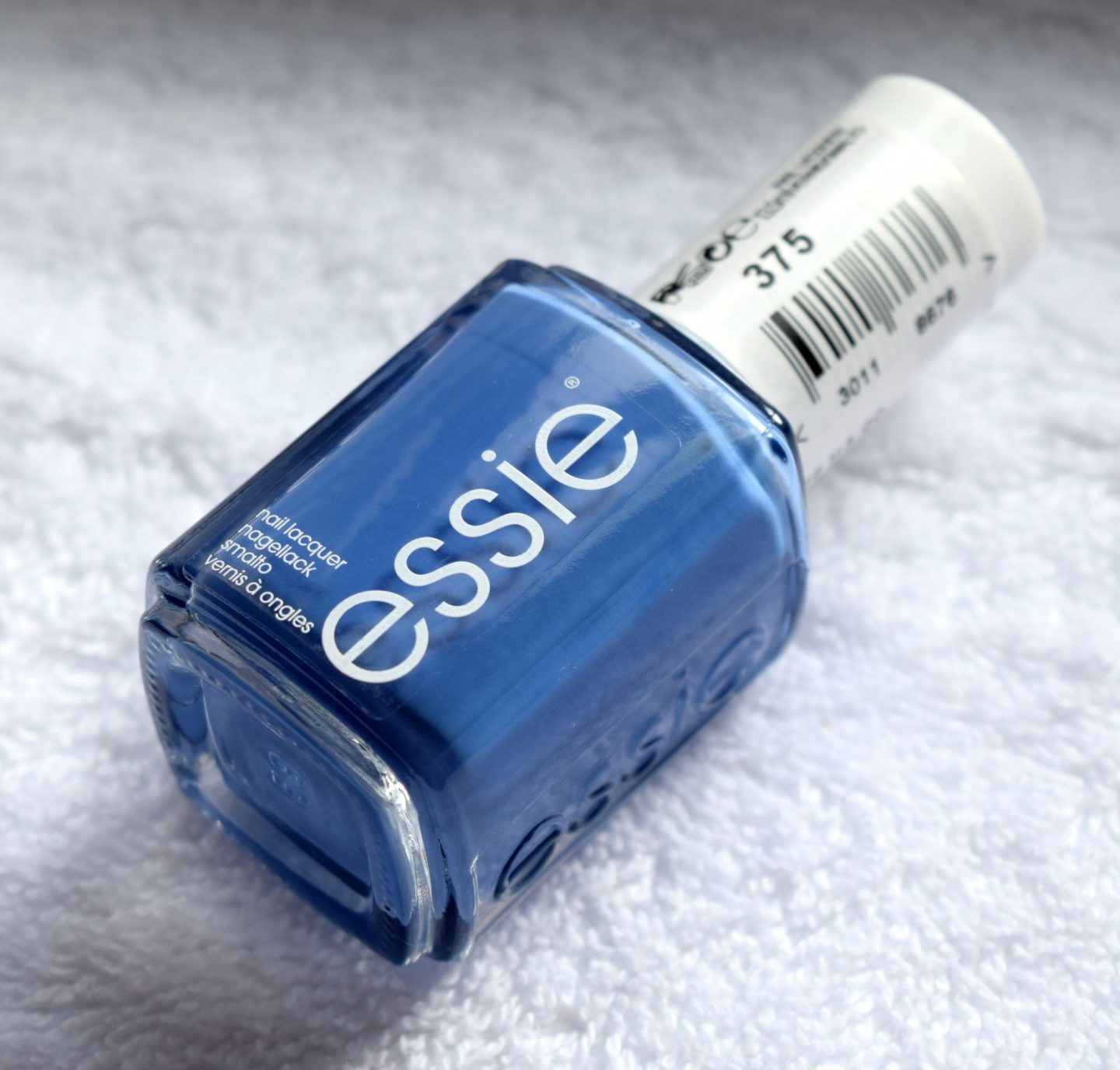 To say that the weather has been could for the past couple of weeks is something of an understatement. The sun has hardly peeked out, and as a result, I’ve been at something of a quandary about what colour to choose for my pedicures. I feel like black is a bit dull considering we’re in the middle of July, and my usual bright reds and pinks just feel a little tired. Essie’s new Pret-a-Surfer shade, though feels incredibly fresh to wear. 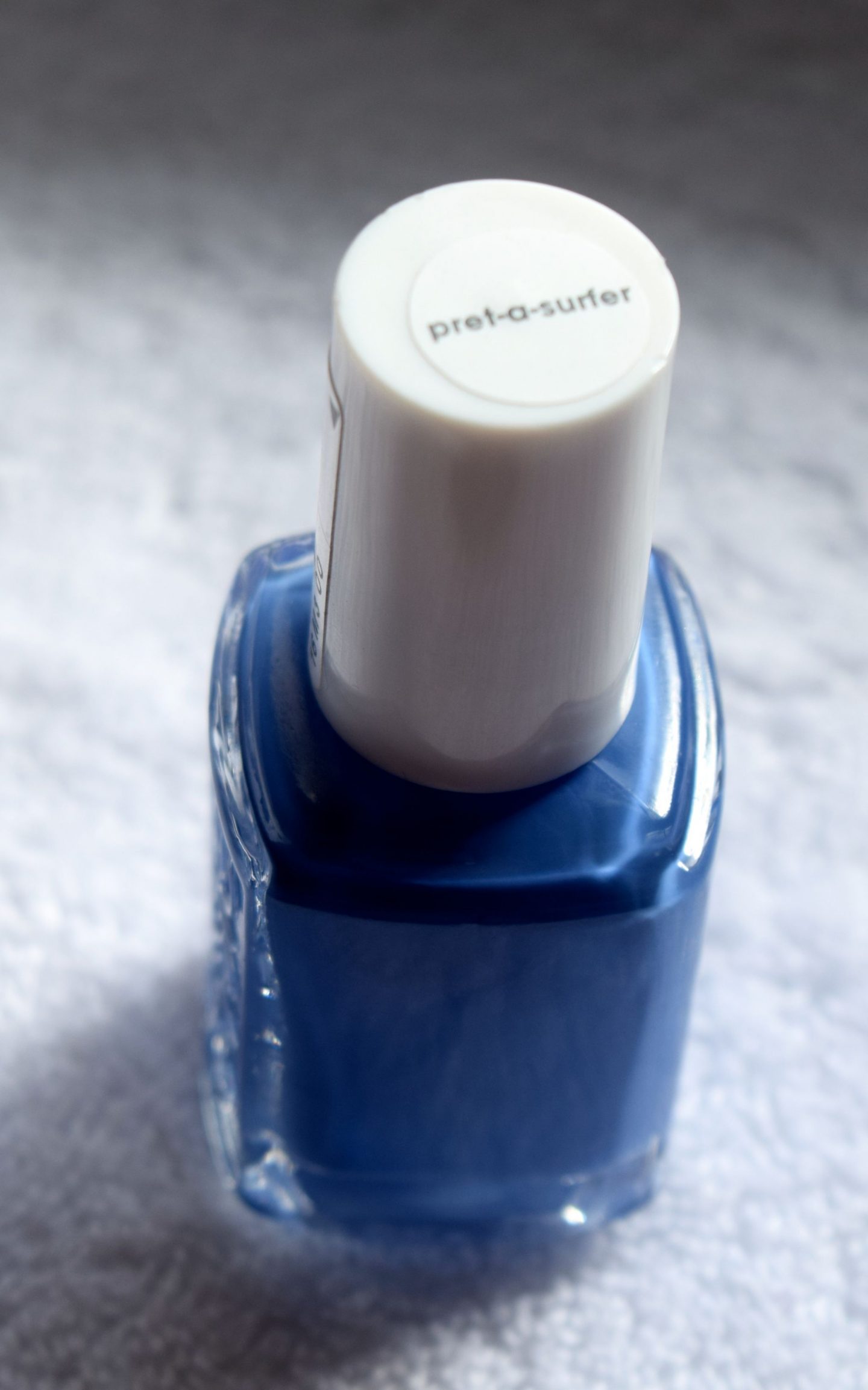 Described as ‘marine blue,’ Pret-a-Surfer is a stunning creamy shade which veers from almost denim to milky depending on the light. The application of the polish was perfect – almost opaque in one coat, and completely in two. The colour applied evenly, and it dried to a glossy finish – everything you could ask for in a summer polish! 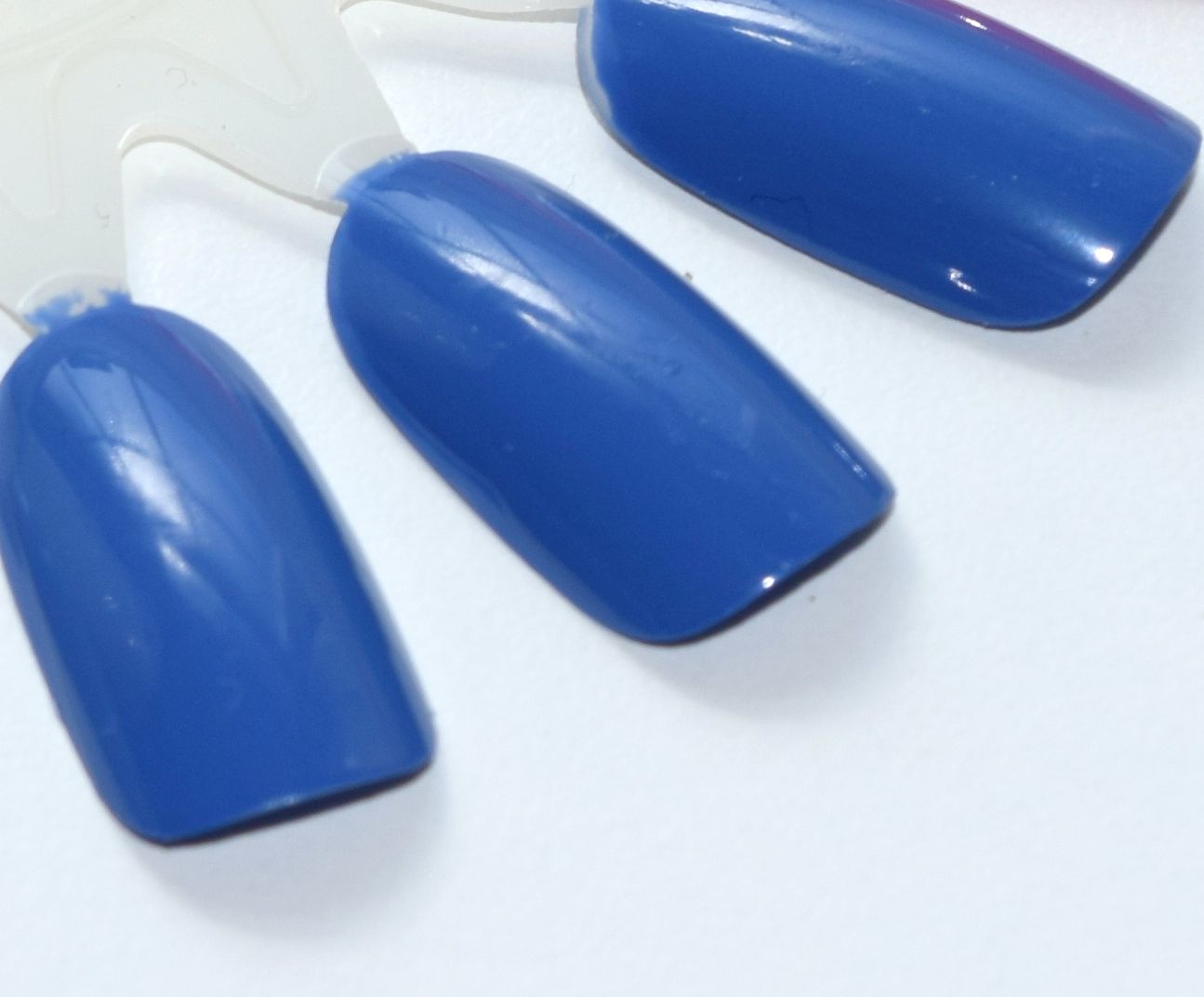